Hi all, new here and firstly I just wanted to say that reading your posts give me hope! I’ve been having issues for 16 months, extreme pain in abdomen, mucous and bloody stools,weight loss, fatigue, nausea and just generally feeling really unwell!

I feel like I’ve been passed from pillar to post, last week I only just discovered that my original calprotectin test was lost and no results were ever recorded, a complete error on there part and now I need to take a stool sample in for the test to be done. My question is, if inflammation is present would it be picked up regardless or so I need to be actively in a flare up? In my desperation I’ve done 3 separate rapid tests at home and all have been positive for lactoferrin and calprotectin but I’m terrified that if I send my sample off on one of my better days then no inflammation would be present? My mental health is really starting to take a knock now, I just want to be taken seriously 😔 Thankyou anyone in advance that takes the time to read this! 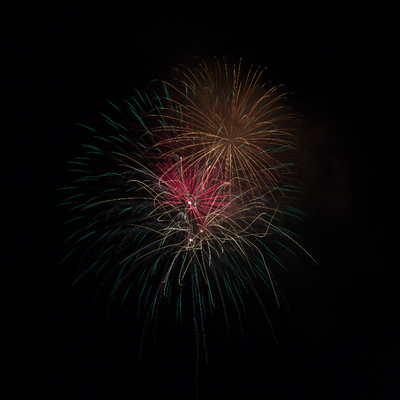 Red3712
To view profiles and participate in discussions please or .
Read more about...
15 Replies
•

Fecal calprotectin is a good indication of inflammation but not the best. To have the most reassuring investigation in to diagnosing ibd you really need a colonoscopy where they can have a really good look and take biopsies.

I can’t completely say for sure but I would imagine even on your better days if there was any inflammation it should still be picked up by the sample .

I’m sorry you’ve gone through so much for so long without any answers. This is really unacceptable and your GP should be doing more to get you referred to a gastro doctor . You have a lot of red flags there that should not be ignored by them and certainly warrants you to be seen urgently for a colonoscopy at the very least.

I hope you get some answers soon.

Thankyou so much, I’m really going to push for the colonoscopy

I'm surprised they haven't done one already. 16 months is a long time considering you are showing some of the symptoms that warrant such a procedure.

I’ve been taking morphine daily for the past 16 months, I originally saw a private gp who ordered the calprotectin test but then the nhs gastro picked up my case and she just assumed it had been done and was ok so started me amitriptyline which had some absolutely nothing, it was only when I met my new gastro nurse that she went into my records and saw the results had never been received so has said we should do the test again and then order a colonoscopy if my results were raised so now I feel like everything is banking on this new calprotectin test. I’m having an awful flare at the minute and I’m feeling so so poorly I don’t feel like there’s any end to this pain, I just want to be taken seriously.

With flaring so badly it should be raised. May I ask why you went to a private GP. I'm astounded that you've been on codeine daily for 16 months. Codeine is not only addictive but can also cause constipation. Just hope you feel more fixed soon. Are you under an IBD nurse yet

Thankyou! It was during the height of covid and I was told an nhs referral could take months and months so I went private to begin with just to get the process started because silly me thought it was going to be something of a quick fix. I was originally put on morphine during my first a&e visit and have been on it ever since, I was then put on the amitriptyline with the idea of being able to stop the morphine but that hasn’t worked, to be honest the morphine doesn’t do a great deal half the time I just don’t have any other options available, it’s like a never ending cycle. This new gastro nurse is part of the cogs clinic but she’s also an ibd nurse, it was when I was explaining about the blood and mucous in my stools that she realised no calprotectin test has ever been recorded.

There maybe some calprotectin still showing even when not in a flare.

Calprotectin can still give a positive result even when not in a flare, my last test was above high but a colonoscopy showed I had no active inflammation. I’ve had UC for 50 years and been in remission for last 20 years but test still shows inflammatory markers.

With the symptoms you've described, you should have had an urgent referral to a gastro for a colonoscopy as others have said here. Inflammation can and will persist in UC despite symptoms coming and going. We the patients want our symptoms treated; gastros want the inflammation treated. Since you think you've got raised faecal calprotectin, I would put pressure on your GP to act faster, and possibly ask for a course of Mesalazine to see if it helps.

I should of said in my post, I am under the gastro and it was her that failed to realise no calprotectin test had been done. I originally went private while I was waiting for my nhs referral and the private doctor ordered the test but it got lost and no result was ever recorded it turns out, but when my nhs gastro picked my case up she just assumed all the relevant things had been done and was ok, it was only last week when I saw my gastro nurse and I was in the middle of another flare that she went into my records, clicked to get the result and realised that there was no result. I feel like Ive been grossly neglected throughout all of this, I’ve been left on morphine every day for the last 16months with amitriptyline thrown in which did nothing, I’ve been begging them for help because I feel so poorly I’ve literally not known where else I could turn 😩

Have you tried asking the IBD nurse to prescribe anti-inflammatories (mesalazine and/or steroids) to tide you over until you get a proper diagnosis?

I’m going to try and get in touch with her tomorrow, I didn’t think that was something they would do without a firm diagnosis

Well you are suffering, not just from symptoms, but also from anxiety because of not exactly 100% response from the health service. A course of say budesonide - maybe rectal plus oral - for a few weeks is not going to do any harm. If it's right, it should start working quite quickly.

Red3712, research the flavonoid Kaempferol, found in fruits and vegetables, for it's effect on intestinal inflammation. Always consult your health care provider before using any supplement.

What was the outcome of your problems? Thanks

all. My doctor said Calprotecin testing is used to find inflammation in the gastrointestional...

the whole posting online and forums but I'm in desperate need of some help. Since November just...

think this maybe be ibd or just ibs? I'm trying to understand if its just my diet change or ibs or...

discovered I was passing bloody mucus every time I went to the toilet, so I did a stool sample and...