I have been struggling with flares of stomach pains and diarrhoea (pains focusing on my left lower abdomen), along with joint pains, heart burn, quicker heart rate, lower back pains, bloated, loss of appetite, fatigue and a few other things. I went to the doctors and they referred me to the hospital. I went to my hospital appointment a few days ago, describing my symptoms and they instantly thought fecal impaction without even looking at my stomach. They also tried to blame my other symptoms on anxiety (however I highly doubt all of this is because of anxiety). My family has a history of crohns and colitis, my mum and dad both have ulcerative colitis (now both have Ostomy bags), my uncle has crohns and my cousin has colitis too. Despite this my doctor instantly said an inflammatory bowel disease is highly unlikely as there is no bleeding that I know of, nor is there mucus as far as I know. This doctor said I had a fecal impaction before feeling my stomach, then later went onto feel my stomach. I saw the look on her face when she realised she was expecting to feel a much larger blockage, saying I only had a small fecal impaction. I have taken the treatment for this and fairly sure that any stool that was there is now gone, however this makes no difference to me as I am still feeling exactly the same as I was before. I feel as though the doctor may have misinterpreted my symptoms to hear what she wanted to hear. This is because one of the most common symptoms of fecal impaction is leaking stool without realising (I have had this when I was younger), I haven’t had half the symptoms that fecal impaction causes. Fecal impaction also doesn’t explain my other issues mentioned at the start. I would be very greatful to anyone who may know any information or have any advice because frankly going to the hospital has made me even more worried. 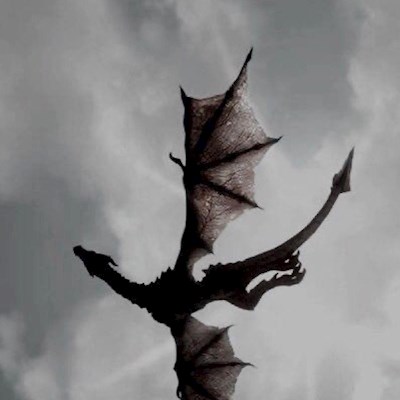 Elejo9
To view profiles and participate in discussions please or .
Read more about...
12 Replies
•

Given your family history, the least they could do is a calprotectin test (a sample of stool taken and tested for blood) plus a colonoscopy. It took years for me to be diagnosed and it was only found by accident in the end.

Maybe worth doing some pushing to get a proper diagnosis. I would!

Hi there, I have been diagnosed with microscopic colitis and with this condition you don't normally see any blood. You do get extreme diarhoea, fatigue and aching joints. This is usually diagnosed with biopsies taken during a colonoscopy. It seems to be an uphill struggle getting a correct diagnosis for IBD, and when you feel so rundown and poorly it's no laughing matter. Wishing you good luck, speedy diagnosis and swift recovery.

Have you had blood tests to check various things including inflammatory markers? That would be a good idea, plus a calprotectin stool test, which also shows inflammation. Given your family history, I'm surprised IBD isn't top of the list! I've had UC for 6 years and have had relatively little bleeding. Hope you get some help soon!

As others have said with your family history you need a colonoscopy and biopsies taken to get a correct diagnosis, don't give up and insist on a second opinion if necessary. This must be very tiring and worrisome for you and unless you suffer with UC most people don't understand the impact it has on your life. You have a right for a correct diagnosis.God bless and I'm sure you will get a diagnosis soon. X

Yes you can have colitis without blood or mucus. A couple of the colonoscopies I had showed really bad ulceration but I don't see blood and mucus. I wonder if it depends how far up the colon the problem is.

I was diagnosed with Crohns 20 or so years ago, I have had a few major flare ups since then but have never had blood or mucus.

Anxiety can produce a lot of symptoms so whether your issues are related to anxiety or not we certainly can’t say, but either way you deserve to be investigated to rule out IBD other other physical issues before determining it is anxiety.

Jetblack87 in reply to jackdup

What were your symptoms?

jackdup in reply to Jetblack87

Originally my only symptom was weight loss. My second major flare up I again had weight loss but this time also had diarrhea, and loss of appetite, and my third flare up was the same, only after that one my bowel movements were still very loose but the frequency went back to normal. After about a year I starting eating Activia Yogurt with probiotics daily and after about 10 days or so my bowel movements were no longer loose but fully formed again. That was close to 10 years ago. Every time I stop eating the yogurt for a couple of weeks my bowel movements were again loose and after starting the yogurt again things go back to normal. I know everyone is different and I know it is not a cure but know it has really made a big difference in my life for controlling my Crohns. It is easy enough to try it and if it does nothing for you you don’t have to continue if you don’t want but the good thing is it is healthy and to the best if my knowledge there is no downside to eating it daily. If you do decide to try it I would eat it daily for at least two weeks and maybe up to a month to give it a fair chance.

22Noddy in reply to jackdup

I also have Crohn’s since 1994 but after the initial flare up have managed it so far with diet. Since August last year I’ve had a flare up - inflamed & stricture of ileum. I’m being offered steroids & Mercaptopurine but am very reluctant to take such ‘heavy’ medicines. I’m taking daily probiotics in the form of a variety including kefir, yoghurt, sauerkraut, miso & Kombucha as well as probiotic capsule & hoping this will readjust my gut. When you had a flare up we’re you prescribed any medicines? I’m waiting to discuss this with the specialist (over the phone!) as previously my only contact has been, again on the phone, with the gastroenterologist nurse. Any advice would be welcome.

jackdup in reply to 22Noddy

When I was first diagnosed I was prescribed a steroid and Asacol. They also tried Pentasa and I believe one other medication but they didn't seem to do much. My symptoms gradually improved. My next major flare they again prescribed a steroid and again tried Asacol. I don't think it worked but did again improve and gained back the lost weight. The third major flare they wanted me to try Imuran but was apprehensive and didn't try it. Again was given steroids and over time started to improve but didn't put the weight back on. Once I started using yogurt daily did finally put weight back on and symptoms improved.

They only thing I have used over the past 10-11 years is yogurt and steroids. I know steroids are not good for a person but helped to get me through a major flareup. I know yogurt is not a cure by any means but for me seems to help improve my symptoms. I should also mention lactose intolerance ended up being blamed for many of symptoms that I thought were Crohns related. Using something for Lactose intolerance improved my symptoms as well.

Most times the steroids have been for short periods 5 - 7 days. Two summers ago I saw a new gastroenterologist and he put me on steroids for 3 months and wanted me to go on one of the biologics but again was apprehensive so did take the steroids but did not go on biologics. He did point out Crohns can continue to progress without me really knowing it and wanted me to go on biologics. I know there are a lot of people very sick with Crohns and if I was that bad I may try the biologics but at this point, while I still have symptoms, my Crohns is not bad enough in my mind to do the biologics.

22Noddy in reply to jackdup

Thank you for taking time to reply. That’s very helpful.

jackdup in reply to 22Noddy

cyst that I now have to follow up with my PCP. I went to hospital in a 9 day flare, having to leave...

had a very bad stomach issue, with severe diarrhoea with mucus and blood and stomach pain. This...

I have had stomach problems for a while, my symptoms include:

if anyone could help.

I have been having diarrhoea, stomach pain, weight loss. For around 4years...

i am so fed up of living in pain and having flare non stop!

specialist at Tunbridge wells Hospital advised me i dont have crohns disease that i have Likely...

UC MEDICATION, what has worked best for you?