In a couple of weeks I'm due to have a Colonoscopy to check for Crohns/ UC/any other issues and I am so horrifically anxious. I'm mainly worried about the pain, I recently had an endoscopy earlier this year with "sedation" which never had any affect on me so I was aware and I had such an awful experience. I know the often use the same drugs during a Colonoscopy too and with already experiencing so muh discomfort anyway I'm worried that the sedation will not work again and I'm going to feel and be aware of everything/pain?

Any advice/honest experiences that may help? 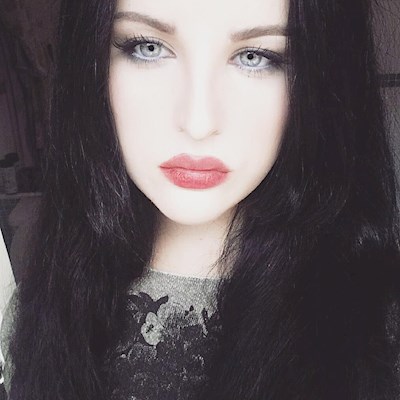 avelvetcrowbar
To view profiles and participate in discussions please or .
Read more about...
10 Replies
•

Can you change doctors? I've had two upper endoscopies during which I was fully sedated. The second one included a stretching of my esophagus, which I'm sure I could not have tolerated if I had been awake. My health insurance company offers a free kit that replaces a colonoscopy and I plan to use that. There is no history of cancer in my family.

avelvetcrowbar in reply to jaykay777

Well it's being done with a bowel specialist so I'm hoping it will be different from my Endoscopy experience in terms of the doctor but it's more the worrying about the sedation not working again? I know some people have really normal painless experience's during a Colonoscopy but I just worry as many people told me the endoscopy would be painless and OK but it really wasn't. Im not with private healthcare just the UK nhs so I'm quite worried. Thanks for the reply though, its appreciated 😊

Please don't worry so much about the pain. I've just this week had my fourth colonoscopy. Generally you will feel discomfort rather than pain, and it only hurts a bit more when the camera is going around the bends! You can have sedation which really helps, though I just had gas and air. Staff are constantly monitoring you and will stop if it hurts too much. You also get to see your insides on the screen - fascinating!

Definitely make sure you get good sedation and pain relief meds. I have had many done and it can be very painful, a lot depends on the experience of the doc on the other end !

Hi I too have had a few and I had diazepam that was all and only 2 mg, its nothing like the endoscopy I promise, they are not pleasant, remember the bowel doesn't feel any thing and as has been said the straight bits you don't feel anything its only on the corners and then its more a tugging sensation, they are marvelous at being understanding and you only have to say and they will stop, do you mind me asking what symptoms that you have been experiencing before.

I have UC so I know it can be frightening

Jordan,I really wouldn't worry about the colonoscopy procedure. Compared to the endoscopy it's a doddle! I have had an endoscopy and a couple of colonoscopy procedures,the most recent 3 weeks ago. You'll receive a mild sedative through a canular which has been effective for both my procedures. Unlike the supposed one for the endoscopy which apart from leaving a foul banana taste in my mouth did nothing at all. During both endoscopys I was able to talk to the surgeon as he performed the procedure and he explained as he moved the endoscope through my bowel what he was seeing,an initial diagnosis of Crohns.Very surreal. However,as I'm sure everyone else will vouch for this,by far the worst part of an endoscopy is the 2 litres of movicol you'll have to drink before the procedure,in the 21st century with all the advances in modern medicine how no one has come up with a recipe to replace movicol is amazing. Sea water with added salt comes to mind. You'll look back after and think what was I worrying about,but when you hear the word movicol,you'll shudder. Good luck.

I have to say i have had many colonoscopies and i found the endoscopy a lot more uncomfortable. I gagged so badly

No problems I had one done a couple of years ago had a good nurse who just chatted to me all the way through, did not need any pain releaf at all. Not even gas and air, best of luck.

Hi Jordan, just explain the sedation didn't work last time and they can give you a higher dose!! I had a small amount of pethadine which was enough for me to relax long enough for the procedure to be done. I've had it done lots of times and don't usually have sedation. I had to have a camera through my stoma which made me feel a bit squeamish but it was ok in the end. Just tell them you need a bit more sedation. Good luck👍

You may want to talk to the doctor and more importantly the anesthesiologist. The anesthesiologist always talks to you before any procedure. My teen daughter has had many colonoscopies and EGDs with no pain. I have had them too. It sounds like the drug isn't working for you. Tell them what you had and that it didn't work. They can even give you something for your nerves before the procedure to get you to relax.

I'm hoping someone can give me a bit of advice as I don't really know what to do. Here...

I had a colonoscopy around...

Do I have UC...recent episode

steroid and antibiotics with pain relief. It has been the worst experience of my life! After 10...

now had a colonoscopy. All my symptoms started again in June and stopped a little while ago. I had...

UC MEDICATION, what has worked best for you?