Wk6 R3 done this morning. When Laura said to go for it for the last 60secs I nearly fell about laughing (except I didn't have the breath to laugh). I'm somewhat stunned that I managed 25mins, it wasn't easy though. My breathing was problematic and I just can't get the hang of the stomach breathing no matter how much I practice. I also thought I would be sick on a couple of occassions but ran it off. When I stopped running for the 5min warm down walk I felt dizzy, very strange. On the positive side I REALLY DID DO IT!!!!!!! 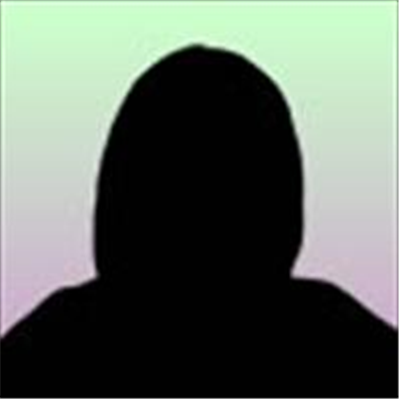 cazzania
To view profiles and participate in discussions please or .
16 Replies
•

thanks for that! The feeling I had was more like a near death experience...lol. Seriously though it wasn't that bad, I did have that runners high afterwards and it certainly hasn't put me off. Good luck with your run tomorrow, keep us posted and ENJOY!!!

Hey Cazzania, well done you, I have just finishe W6R1 so will be attempting R3 in a few days time (hopefully).

I know what you mean about the breathing, I can't get the hang of it either - it seems back to front doesn't it? I also find that I'm gasping too much to breathe through my nose too so I don't really look too elegant when I'm running lol

I felt so good after finishing the 20 minute run in W5 that I'm just ploughing through this week and hoping for the same feeling after the 3rd run of this week :o)

I've tried all sorts with this breathing stuff. when I think about it though it must have improved because I hardly had enough breath in week 1 to run 60seconds let alone the 25 mins today. Maybe we should start thinking more positively about our breathing? Enjoy the rest of the runs, keep us posted!

Yep, my experience has been the same, here's to us both graduating in a few weeks :o)

just starting to plan for a future 5k events with friends. We are going to try one of our local Parkruns first.

I've never cracked the breathing, but it has improved week by week. It's not like Laura tells me it should be, but it feels comfortable for me and that's all that matters. I wouldn't get to hung up on it.

It's comforting to know a graduate has probs with it too....sorry!! I've read somewhere else that you have to find what is comfortable for you so I'm going with the flow for now. I have noticed when walking the dogs I no longer notice hills are hills....lol

I agree, I might not be breathing correctly, but I can run further than I could before I started and even though I might be gasping at the end of the run I recover faster than I used to - I've even started running up the stairs to my office :o)

You're right AnnaDJ, it is about doing what feels comfortable for each of us.

It's good to see others follow the 'what's comfortable' theory

cazzania in reply to Beads

Doing that tomorrow, will save myself for that last burst of energy...lol...hopefully!

According to Laura I am officially a "RUNNER" I did it W6R3, it felt GREAT!!!!! Never thought I would run for 25mins in one go.

Thanks for all the encouragement from everyone.

Thanks! Tomorrow is the start of W7.

Did my 1st W7run this morning, another 25 min run. It helped varying the run. Got to last 60secs and Laura again suggests speeding up for it. Had just run down a hill and realised dog had dropped her ball so had to run back up hill to find it....lol. I was exhausted anyway before ruoning back up hill. There was no chance of any extra speed

Tell Laura I love her...

is this! Caught in the dilemma between needing Laura to keep me going, and wanting different music,

Tell Laura, I LOVE HER!!

time mainly because Laura is a genius that appears exactly as I'm about to give up. When she said I...

Tell Laura I love her!

2nd run. Had my second bout of c25K yesterday. It wasn't too bad, but I'm finding already that the...