How do you work out how far you have run? - Couch to 5K

I know I don't run very fast but I have no idea how far I have run. Do people us pedometers? Or special watches? My mobile phone looks like it was made in the 90's so that's not an option. Any devices people would recommend to buy? 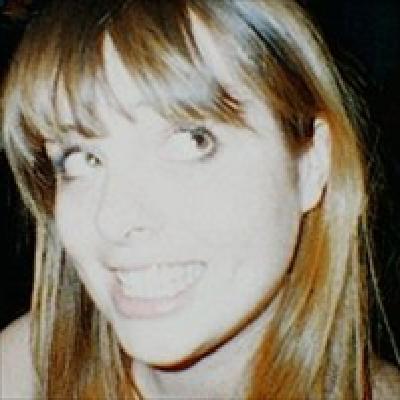 bethisrunning
To view profiles and participate in discussions please or .
20 Replies
•

I use livestrong.com to track my diet both to lose weight and to help me maintain - that web site also has a free tool where you can mark out your "track" on google maps and it will give you an estimate of distance and calories. I think some of the other web sites let you manually track without a gadget. I also use Endomondo.com - not sure if you can plan a route but you can at least record your adventures in running. They are quite fun to look back on when you've completed c25k and are a "runner".

However, that didn't work for me when I started to want to know if I was getting faster or running longer. So I used an iphone. Then I wanted heart rate data so I got a Garmin. Sounds expensive and I guess it was but it came out of saved alcohol and restaurant meal monies. Now that I have been running longer I am less fussed with the data but I still use the Garmin watch, its easy just to put it on and then run. The Phone is ok for that too but it uses battery. Mostly i use the data to see if I am slacking off - and I am but I blame the winter. i want my spring and summer to be at least as committed as last year.

If you only intend to buy one device (who would want two?) then the phones are good choices as they are multi purpose, music, phone, email, fitness, games etc. They're a bit more expensive than the watches but which is better value for money? Especially if a phone contract gets your phone free?

Most of the free diet/fitness sites let you draw your route on a map and can tell you how far that is. So I know how far the circuit of the park is where I run. I have four 25min runs coming up now, I aim to start running at the same point for each run and hopefully I will get a little further each time.

Search for the thread 'Gadgets' for some good idea's

I tie a piece of string to my door knob and then let out the string as I run. I can then measure the string when I return. Oh no hang on that doesn't really help.

I know it's a loaf of bread to the gingerbread house - no wait that's not very helpful either.

I started just mapping the routes from memory on google maps, but now I use a free GPS app on my Blackberry.

thank you for making me smile

I like the idea of a gadget as a graduation reward - good plan, incentive to keep it up too.

I'm using Endomondo.com until I can justify a new gadget

My mobile phone hasn't got GPS so I've started using mapmyrun.com and it's really cool. It's free and it gives you distance and allows you to keep a history. You can see other peoples runs in your area which is good for a bit of inspiration and seems very easy to use. I had to log in that I live in America and then it let me map my runs in Devon which is a bit bonkers but it's really interesting and I'm enjoying it

No GPS here either as cheap windows phone. I am not into gadgets but will look up the MapMyRun of which you speak.

Random1984Graduate in reply to Random1984

if only in knew how to set that up

AliB1Graduate in reply to Random1984

I got a new android phone last week and tried endomondo yesterday and planning on trying mapmyrun tomorrow. I was using map my run before I got my new phone through my laptop and plotting my route on their maps myself.

I have also used a website realbuzz.com to plot maps although its not as fancy but has lots of other great health, fitness & lifestyle advice.

mapmyrun was my first loyalty - but i found the web site just too slow and buggy to be worth continuing with. I was even a paid for subscriber for a while. Does mapmyrun have anything like the endomondo stats thing where you can see your 5k, 1k, 3mile times and then also see where in the run you did your fastest of those? I love that feature.

I don't think it does, I've only used it endomondo app once so I'm not sure about what feature you're talking about, but I'm sure I'll sus it out soon enough!

After using mapmyrun app today I'm pretty sure I prefer endomondo, down to the simple fact that you can set it to start in 10, 20, 30 secs etc, while you put your phone it your pocket or where ever.

I am so lucky, my sister has lent me a Garmin Forerunner for the last few weeks. She has upgraded so this is a spare, and the heart rate monitor no longer works ,but it is great for tracking speed/pace and distance.

Now I feel more confident I am going to keep on running I am treating myself and have ordered my own.

I use the MemoryMap app on my i-phone which I downloaded ages ago for my walking (app is free but you have to pay for the OS mapping but it will record stats without this). It's really good for logging time, distance speed etc. You can save tracks to keep an eye on how you are progressing. I find in good because it's in the phone as well as my music and of course the phone itself just in case.

I don't have a fancy mobile or tracking technology so I chose my start point pub car park and ran to a wide corner where the pavement disappears and chose both pounts on google maps and said 1.9 miles then measured from that point to the road I hit at 10.30 and that was 0.6 miles so give or take 2.5 miles or just over 4km. It is the best I can do.

I drove around the route I was doing and made a note of the distance for different parts of the route so that I could mix and match. I also mapped some routes with 'map my walk' with the app on my phone - haven't used 'map my run' - but unless your phone has gps this won't work. Alternatively drive a distance e.g. a mile then run it and time yourself so that you can estimate based on time. I did my outdoor running around industrial estates where there was less traffic.

This threw me, the original question is 7 years old!!!

app on my Iphone . My question is how do we lnow how far we have run ?

How do I work out how far I've run?

I don't have an iphone. Is there any other way I can work out how far I've run? I'm currently...

Graduates - how often / far do you run?

you had any advice on how far too run once graduated? After I completed 5k I decided to \\"run for...

How do you measure how far you've run off-road?

have no idea how far I am running, though I go very slowly so I don't imagine it's very far. Want...