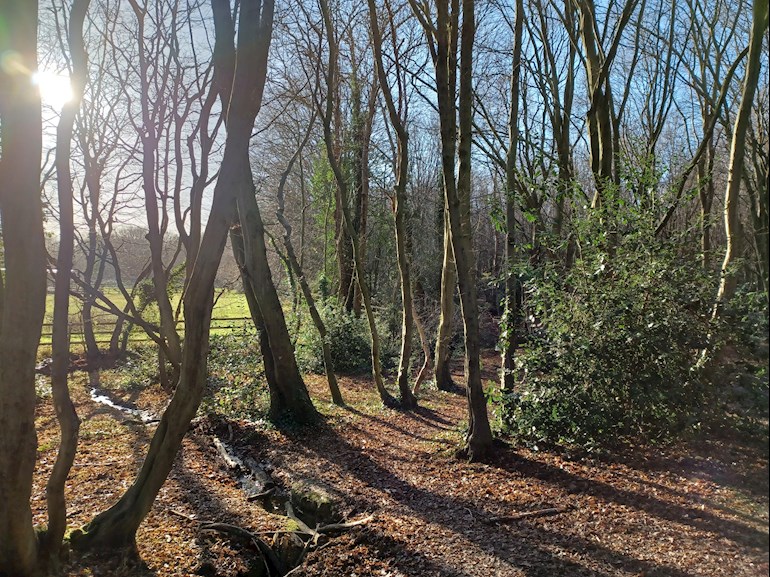 WillowandSola - this one's for you. A promise is a promise!

The last few days have been both tiring and stressful with the result that I didn't get out today until late morning. The weather was a perfect 6 degrees, with no wind and bright blue skies. The woods were really busy with welly-clad dog walkers and family groups enjoying the sunshine, and trying to avoid the worst of the mud. Thank goodness for my trusty trail shoes!

I found this run much easier than the last. The first 3 minute run interval was much less of a struggle during which I doubled back to avoid some horse riders ahead of me on a narrow muddy path, only to find them later on, standing still completely blocking the junction of 3 paths, oblivious to everyone else.

I think I've been more stressed than I thought, and I didn't realise how much I needed this run today, until it was done. I most definitely had a runners high at the end and the buzz has stayed with me all day,

Looking at the stats afterwards I was amazed to see my pace for the final 3 minute run interval was 6:55/km. Its a long time since that's happened, even if it was only for a short period of time. 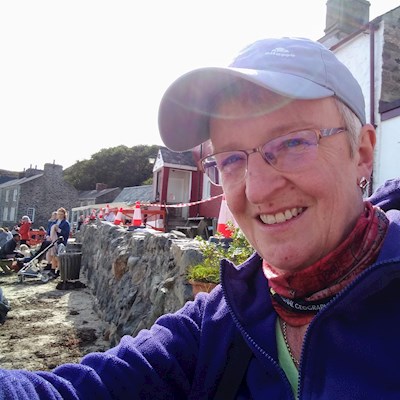 Birdlady64
Graduate
To view profiles and participate in discussions please or .
15 Replies
•

So glad that you enjoyed your run today Birdlady64 and it destressed you and you had a runners high, well done, that was a good pace of 6/55km towards the end of the run, if you could keep that pace going in the future you could run a sub 35 minute 5K, not just yet, onwards and upwards to week 4🏃🏾👍as you say "bring it on"

Thank you Alan. That would better my PB by some considerable margin, but never say never.I'm just enjoying being able to run at all at the moment. Anything else is an added bonus

That sounds just perfect and what a smashing picture. We were blessed with the weather today. Glad you feel de stressed - running is clever isn’t it! 😊😊😊

Birdlady64Graduate in reply to Frenc

That photo is beautiful, yes a promise got us both out today, you are going from strength to strength enjoy week 4

Yep. I had to after what I said didn't I?I almost didn't, but it was Mr B who said "go now" when I said I might wait until later.

Well done! And the weather was with you, too.

Thanks Paul. A bit of sunshine works wonders sometimes 🌞

Well done, Diane! Good to read you had a great run today. Doing the programme again is obviously giving you exactly what you need! 👏👍🏃‍♀️😊

Birdlady64Graduate in reply to Jools2020

Thanks Julia.It feels different this time round, easier but harder at the same time somehow.

It's the perfect way to ease back into things though and I do love the woods.

Hope you are ok

Brilliant! Sounds like great progress. So lively to run in the sunshine!

Feels like progress too.Its just lovely to be running- sunshine is a bonus though for sure

dreading summer time running. I like the cold (but not the wind). It was another run I hated....

dreading week 3 as I'm moving from 3 minute runs onto 5 minute runs which sounds very scary at the...

enjoying this! Next week will need to be much slower as the 5 minute runs creep into the programme...

pretty good throughout. Ended on 5.2k and 36 minutes running time with all the splits about 6.40 to...