Well, that's week 5 day 3 done, and very happy that I have got this far. I know this is the run that a lot of people look at with trepidation, but I felt that everything that came before in the Couch to 5K program prepared me for it. The first five minutes or so were the most difficult as always, because at that point I always feel like my body and legs are 'just settling in', which I think is normal. But once warmed up I felt nicely settled into my running rhythm, and the desire to go the full 20 minutes at a sedate and steady pace kept it ticking over like a well oiled clock. I actually felt like I could go a little longer when Sarah Millican's voice unexpectedly told me 'well done petal', or some words like that

I think that the barrier that many see with the 20 minute run is really more of a mental one than anything. Every run before has already bestowed the stamina to complete it, and the barrier is simply in the mind. The best advice I can give to anyone approaching week 5 day 3 is this: It isn't the beast that imagination makes it out to be, just tell yourself that it is 'simply another run, but a little longer'. Keep this in mind and maintain a slow and even pace, and you will reach the end of it before you even realise. 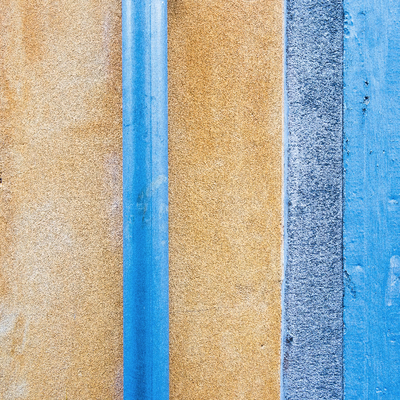 HavantChap
To view profiles and participate in discussions please or .
16 Replies
•

Well done on completing week 5 run 3 And as you say , it's more a mental thing as physically you are ready!

Be mindfull of week 6 runs 1 and 2 as they often catch people out who feel invincible having just completed the 20 minute run !

But I wouldn't mind betting you will be (rightfully) smiling all day now , well done 👍

HavantChap in reply to Instructor57

Smashing, thank you. I will bear in mind about week 6 runs 1 and 2

The first few minutes of a run are known as the Toxic Ten, explained here healthunlocked.com/couchto5... which can be overcome by a longer warm up.

It is often said that running is 90% psychological while the rest is just in the head. Understanding and developing your body is only part of the challenge.

I find that it's not quite as explained in that post.

My "toxic ten" feelings tend to be structural rather than metabolic: muscles and joints moaning mainly. A few minutes later things are feeling more settled.

Muscles tend to moan when they do not have an adequate supply of oxygenated blood, in my experience.

Lubrication of joints apparently increases as you warm up.

Thank you, and cheers for the link, that is an informative post about the 'Toxic Ten'. I did wonder if those first few minutes of struggle might be down to my age, but apparently not.

and on that subject, the more effective your warm-up, the less 'toxic' your 'ten' will be

Thanks John. I usually stretch, and then five minute brisk walk. I might increase the latter to ten minutes eventually..

That you had more in the tank at the end, showed you were going at the perfect pace.

And yes, it's definitely more of a mental test than physical. The progressive nature of any exercise program like C25K means that your BODY is always prepared for the next step. Not necessarily the mind however!

Such inspiration, thank you. Congratulations!

HavantChap in reply to Dusty4466

It’s a great run to do isn’t it? now after running for some time we still sometimes run 20 minutes and end with a grin Well done and keep going

Thank You Willow and Sola

It's definitely a big step up but. as you say, a lot of it is in the mind. I've just finished week seven and feel confident of graduating.

HavantChap in reply to Woody_53

Well done Woody. I must admit I haven't felt so good in a long time, bags of energy, sleeping better, etc. One of the reasons I took up Couch25K was to try to bring my blood pressure down. So far I have seen a drop from 135/91 to 118/79, which is amazing (although that was with giving up salt and caffeine too).

ridiculous and felt like I was setting myself up to fail...and did. I managed 15 minutes before my...

as I like to try & run 3 days a week & would prefer to have a decent meal the night before my run,...

about running, for goodness' sake!) I DID IT!!!