Hi there Runsters, I got a bit teary at the end when Laura said "you're officially a runner now" or words to that effect. But my face was so sweaty it was hard to tell which was which. As I've been running on a treadmill, I found the 25 minutes more difficult mentally than physically. Plus it was getting dark outside so not much of a view out the windows! Time to put on my big girl's pants and venture outside methinks?

Hope you're all having a grand weekend! 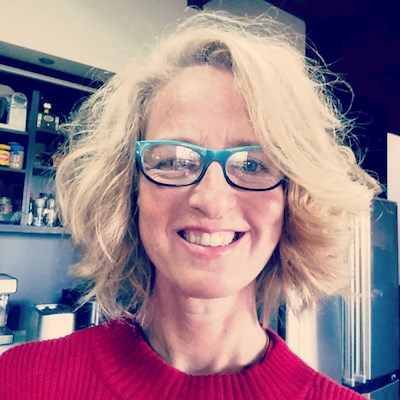 JoeyCoops
To view profiles and participate in discussions please or .
28 Replies
•

Hi Joey. Congrats on achieving 25 minutes running! Feels good to have achieved that doesn't it.

The treadmill can be a bit boring so maybe it is time to venture outside.

Thank you ... I'm proud as punch! Yes it feels wonderful. And as much as I'm dreading the change in routine when I start running outside, I also know it's just a different routine, right?

I think the main difference will be setting your own pace instead of being able to rely on the treadmill. Just take it easy and I'm sure you'll be fine.

Might be a good idea to check the weather forecast too.

I was wondering about that. How will I know what 6.5 mph feels like on the ground? I think I'll just start really slow and go from there. I wonder if Strava or Map my Run will run in the background while I listen to the NHS podcast? Watch this space! 😄

Yes, those apps will notify you of your speed at some distance or time interval. It will interrupt your podcast to tell you. I had the same concerns when I moved from treadmill to outdoors.

Thank you! I'll report back after my first outing tomorrow (Tuesday). I'm a bit excited. We walked the dog this afternoon and every time a runner went past I thought "that'll be me tomorrow!" I don't want to get too techy but as you know, we treadmill runners are used to getting a fair bit of info during the slog! Part of the charm of outdoor running is going without all that crap but I think at first it'll be comforting to have a bit of info coming at me! 😄

Don't think about pacing. Just go by how it feels.

Running fast increases the risk of injury, especially so if running outside. If you can, slow it down a bit.

Thank you, I will absolutely start super slowly and see how it feels. Plenty of time to increase speed when the body is ready! I've already slowed down heaps on the treadmill ... weeks 1 & 2 I was walking at 6.5mph and running at 7.5-8mph but now I run at my walking pace (I'm a fast walker!) which feels nice & slow. I absolutely do not want to end up sore!

8.2mph is my short sprint pace. I've sustained it over 1km but it was blooming hard to do.

Aren't the speed limits in Australia in km/hour? 🤣

Gazelles do exist. There are folks who can do a 5km parkrun in 15 minutes.

I usually finish my local parkrun a little higher than half way down the list of finishers.

I think the record at my local parkrun is 17 minutes. Bloody hell what's the rush I say!

It'll be fun to run in a group one day. No parkrun for a while sadly as we're still locked down. Melbourne has just overtaken Buenos Aires as the most locked down city in the world. Dubious honour 😡

Laura was correct, congratulations to you JC on completing run 3 of week 6 of C25K, yes, you are now OFFICIALLY a RUNNER, onwards and upwards to week 7.

Aaah you sound like me!!! With regards to treadmill running and wanting to get outside! Congrats on acing week 6 and getting past that mental barrier of 25 minutes! Only onwards and upwards from here!!! You’re well past the half way mark of the programme! Keep going!

Aahhh thank you! You sound just like Laura ... "You can do this!" 😄 I read your post about transitioning from treadmill to outdoors and I definitely relate. Despite it being so irrational and ridiculous to worry about how we might look to others, it can be so debilitating. I also dread the whole "will I be too cold/hot / will I need a hat / how will I carry my phone & keys" aaarrrggghhh!!!! (First-world problems yes I know) But I also know that once I have an outside run under my belt the new routine will start to fall into place. And there will be SCENERY! And PEOPLE WITH DOGS! 🙂 That book you were listening to sounds like the right motivator to get you running outside!

It’s actually brilliant! Haha! Now that’s the spirit way up all the “pros” and outweigh the “cons” hopefully we’ll both be out there in no time! 😅

Congratulations on completing week 6 !On to the fun runs , and you'll love it outside 😁👍

JoeyCoops in reply to Instructor57

Thank you! Having this community to chat to about my running is everything 👍

Sincere congratulations JoeyCoops! It’s a great feeling. Store it in a bottle and have a little sip from it from time to time to lift your spirits when you need it. 🎉

Thanks sincerely hop_along what a great way to look back on such a milestone. This program is a little bit magic and I love the way our progress sneaks up on us! Who wouldda thunk this was possible? 😍

I was telling myself all day "I'm a runner now" at the end of Wk3 its a wonderful feeling. I run outside which is challenging to get out the door sometimes with dark mornings and the wet weather but it feels great after about 5 minutes. Yep get those big girls' pant on and go for it

I remember how good W3R3 felt! It's definitely a milestone. Are you in the UK? How do you dress for an outdoor run when it's always cold at the start but as you warm up you are shedding layers???

Congratulations on your 25 minutes non-stop run achievement. I listen to the BBC ‘s Sounds dramas or plays to wind away the time. I have been known to run further because the drama is longer, or it’s a series and I want to listen to another episode !

C25K is an amazing fitness programme - its keeping me alive

JoeyCoops in reply to Bracken2018

How wonderful .... so the trails and paths are your new couch for absorbing BBC drama!!

Thank you for your words of encouragement. Running is now the first thing I think about when I wake up. I guess that's a good sign!

I think the fact that you’ve got this far on a treadmill is just amazing! 🤩 you’ll find running outside soooo much more enjoyable. Go for it! 🏃‍♀️