Phew! I was a little nervous about that one, as apparently going back to intervals can catch you out after the 20 minute run of week 5.

It went a little pear-shaped when my podcast skipped to the next session on the second walking interval.... but I managed to near enough find where I left off and carried on.

On checking my garmin app - it looks like I cut the second walking session short as a result of the glitch ..... but I added an extra few minutes running at the tail end of the session, so that should make up for that. 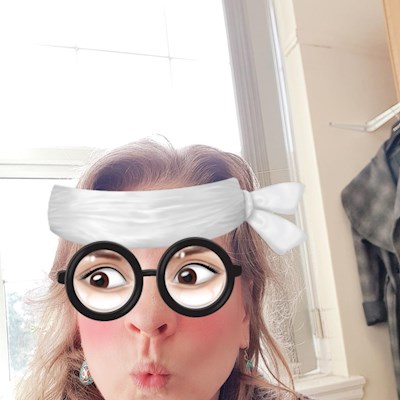 Sara_Wales
Graduate
To view profiles and participate in discussions please or .
12 Replies
•

Great start to your week my friend... very well done you.... and I shall be in Wales tomorrow

Oh great! I'm assuming you're going to your little spot in Criccieth(?). Have a nice trip, hope the weather holds for you 🙂☀️

I was knackered after the 8 minute run. Then breezed the last 5mins. It’s a strange game this running malarkey.

Yeyyy! You continued even with the technology glitches! (I have them too 🙈)

I also managed to delete my garmin record of the run! Ah well..... 😊

We are out here doing it!whoop 🙌

I’m at exactly the same stage as you. I think my problem was that I thought today’s run would be a breeze after the 20 minute run on Friday. It really wasn’t!! I looked at my watch the whole time and I was convinced it was going slower than normal. The relief I felt when I finished it was enormous. I’ll try not to be so cocky in future 😜

Well done on completing it.

A big 'well done' coming back at you! It will be good to hear how you progress 🙂

Well done, only one more run with intervals left now 🙂

last 5 minute run, that for some reason I decided to keep going for an extra couple of minutes🙈😂...

wasn't going to make it when one of the one minute runs coincided with going up a particulary steep...

completing run 2 of week 6 😊 the last 5 minutes seem to get me but other than that it was a good...

It was a beautiful morning with bright blue sky and sunshine. Crisp and cool but beautiful; perfect...