I’m only on week 2 and so far I’ve just been listening to the Couch to 5K app. However, if (when) I get to longer runs, I’m going to need something to distract me.

Any recommendations for music or podcasts please would be great. Thank you 😊 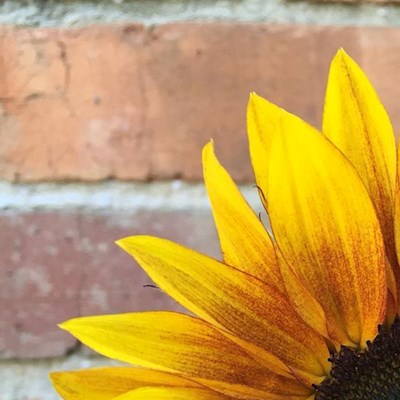 agirlinwinter
Graduate
To view profiles and participate in discussions please or .
20 Replies
•

I’m only on week 1 at the minute but I listen to Spotify’s Gym UK playlist, it’s full of songs that keep a good beat to run to

Go for the BBC sounds app and take your pick 👍

Anything with electric guitars and a good drum beat!

Do you have spotify? If so do ehat U did and make yourself a playlist for running. Taste is an individual thing but I find long tracks the best. At the moment I have some heavy metal, but the slow tracks which build up, rather than the frantic ones. Frantic,pumping music can be too hectic I think. Slower tracks keep you running at a slow tempo. Just my thoughts....

Sorry about the typos!

You can play music along with the app, the music just goes quiet when your trainer speaks to you. A nice upbeat playlist of your favourite tunes, put on shuffle would be great.

Before Christmas I was listening to BBC Sounds Strictly playlist. Now my lovely son has given me a year's subscription to Spotify and I'm playing around with my own playlist, some old tunes, some new.

"The Hashtag Show" podcast on Spotify on W1R1 but was giggling away to myself too much lol so I listen to Spotifys "Run Wild" playlist on shuffle.

FYI The Hashtag Show is hilarious!!

Thank you all for the great suggestions. I don’t have Spotify unfortunately. I’ll check out the BBC Sounds app and The Hashtag Show. Just did week 2 run 2 tonight, woo hoo!

Have a massive Spotify runspo list now. It’s pretty eclectic. Was a bit of Santana’s Smooth a blast of Kiss and Crazy Nights and my personal fave Rihanna and We found love in a hopeless place, last time!

I've got Amazon music and I downloaded a playlist to my phone, which I keep adding to and just play on shuffle.

Some real cheese on there, but it keeps me smiling as I run

Great stuff Migster! Defo stealing some of those. Forgotten the Verve! Perhaps can jog over a car with attitude like the old vid 😀

🤣... I though highway to hell was a nice touch!

Some great songs on there, I’m going to put them in my playlist.

And some songs you wouldn't listen to any other time 🤣🤣

Love a bit of cheese. There’s going to be plenty of that in my playlist 👍

Ooh dear .... I’ve got a few of those guilty secrets only to be played with headphones. OK. Britney Spears..😳

Nothing wrong with a bit of Britney!

What music do you listen to when you run?

breathless 😂 What do you guys like? Also, is there a running app that you would recommend to...

W4R3 What do you listen to when you’re out running?

love it when she tells me I’ve finished and that I’ve run further than ever before. It’s getting...
•
32 Replies

What to listen to when running

as the runs get longer I’m wondering if listening to a podcast might be better for distracting...