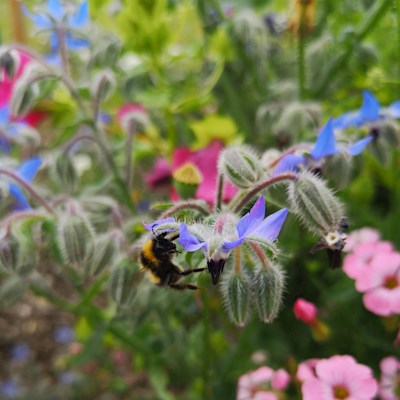 Runbabyrun1
Graduate
To view profiles and participate in discussions please or .
11 Replies
•

Easy answer to that...you don’t! It’s a bit of a misnomer this C25K: the aim is simply to run for 30 minutes, whatever speed you feel comfortable to complete it at. The important thing is that you do it, don’t worry about doing 5k.

Runbabyrun1Graduate in reply to TailChaser

Thanx..was starting to panic lol as my wee legs can't go any faster 😂 so impressed with myself already 😁

Fab 😁 I’ve only got titchy legs too, so I know exactly where you’re coming from! Well done you! 🙌👏

Don’t even try! 😅 The vast majority of people on here don’t run anywhere near 5k at graduation, so unless you’re a naturally speedy runner there’s absolutely nothing wrong at all not doing so. Your goal is 30 minutes of running 3 times per week. That, you’ll be able to achieve. 👍

I’m personally happy running 5k in under 40 minutes and I graduated in August! 😀🏃‍♀️

Enjoy the rest of the programme - at your own speed! 👏👏

From what I've gleaned from previous postings, gradually increase the distance/time by no more than 10% after the 30 minute run and vary the types of runs, taking some days easier and build in base level fitness.

I didn’t make 5k until a good few weeks after the programme. I started doing two 30 minute runs midweek and a growing run at the weekends, increasing the duration of that one by 10% each week as already mentioned.

Once I got to 5k I started running two 4ks and a 5k each week and slowly built up to three 5ks a week as I got fitter and faster.

Once you can do 30 minutes reliably, if you want to do 5K, just keep going until you hit 5K, but don't worry about your time. There's no-one to beat here, it's not a competition. Better to be regularly running for 45 minutes or whatever it takes than to push too hard to bring the time down. Whatever you can sustain is the answer - even if you never reached 5K you would be a lot better off than you were, but I'm sure you will get there if you want to (however fast, whatever date).

Those who manage to run 5k in under 30 minutes (approximately 10% of those polled on this forum) are doing so because they bring a higher level of fitness to W1R1 than many others, rather than the fact that they have done something different during the course of the programme.

Many graduates never achieve a sub 30 minute 5k, although I believe that the majority could, if they were willing to train hard enough and make the necessary lifestyle changes.

There is evidence that running slowly means you live longer womensrunning.com/2016/07/i... so relax, you are doing fine.

I like that final stat IannodaTruffe! I’m looking forward to a looooong life! 😅👍🏃‍♀️🐌

I too was worried about this issue when I was doing the couch to 5k. But then my hubby came up with the idea that on the very last run just do 5km however long it takes. That is what I did and it took me 46 minutes, but I then had that feeling of euphoria that I had completed the programme - even if it wasn't in 30 minutes!

the end of week 9? How far are people running in the allocated 30mins in the final run? It’s a bit...

How do I reach the goal of 5k?

and am running for 30 mins three times a week. But I’m still only running around 3 km per session....

So proud of myself I can't believe 9 weeks ago I couldn't run at...

How to do 5K in a quicker time?

weeks but pretty sure I won’t be able to do a 5K in 30...just wondered how I could improve after...