Took a while and three attempts at run 1, but I managed the 25 min run today! I was back home for this one and finally put the insoles I bought into my trainers (I'm flat footed), and they really helped! Hardly any pain in my legs at all.

The hardest bit was the first 5 minutes, as expected, and I thought at that point I wasn't going to be able to do it. But I just kept it slow and steady, and once I got into it I noticed my breathing was a lot steadier. Funny to think after just six weeks I've gone from complete couch potato to being a runner! 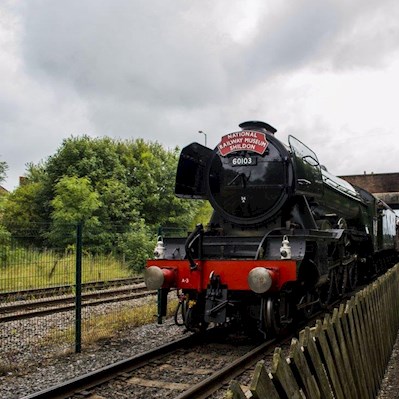 ThatTrainGeek
To view profiles and participate in discussions please or .
2 Replies
•

Week 6 is the worst. Once that’s behind you, you’re officially a runner and it’s plain jogging to the finishing line 👍🏻

Great job runner. That run one is a... insert words I can’t say here... but you did it! Enjoy week 7

TWENTY FIVE minutes!!! 😱😱😱 I’ve been dreading this run all week, tried every excuse not to do it...

The Longest Week but Wk6 done

may have not gone out this week at all to run if it wasn't for the people on this forum. I have...

DID it!! 25 mins run without a stop😁 Need to plan extension to route as we were still running when...

you've been running for 12 and half minutes I thought she was joking!!! Felt like I'd been running...