I’m in my final week 9, I have been doing my ct5k on the treadmill. Well I wish I didn’t, I’m quite a large lady and wanted the confidence before I got out in to the big wide world that is outside running. On week 8 I did the 28 minute runs x 3 without too much problem, I didn’t need to stop and was running at 6.5 km or hour. Then I thought this morning, the last week of the ct5k I’m going to run on the canal, it’s flat it should be just the same “ wrong big wrong “. I only just managed 5 minutes and had to stop my legs felt like lead, my breathing was all over the shot. I kept trying and trying and still couldn’t get in a steady rhythm. The path was grass, rubble, hard mud, up down, tree roots and big stones. I finally fell over and got covered in mud dust and ended up walking the 2 miles home with a bruised ego, begging for my treadmill again. Well now I have brought my bottom lip back in and I’m going to do my final week on the treadmill and then try the pavement. The reason I wanted to write this is for anybody starting the ct5k, I would suggest if you feel confident enough try pavement instead of treadmill, I’m having to learn again outside. Shame when I was doing so well. 😐🙄 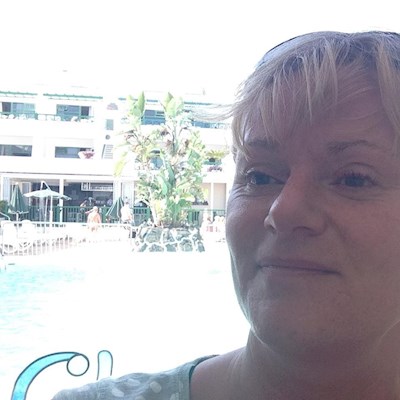 2707
To view profiles and participate in discussions please or .
15 Replies
•

You’ve still done well to get to where you are on the treadmill. Perhaps try a smoother surface for your next outside run. As far as the weight loss goes I was disappointed that after 5 weeks I hadn’t lost any weight as that was one of my reasons for taking up the running so I joined Slimming World last week to see if that would help. First weigh in later today so we’ll see!!

Thanks yes, smother surface for sure, lol. Slimming world is great, I did it about 3 years ago and lost 2.5 stone. But I got stuck in a rut after 1.5 years and piled it back on in 6 months. Slimming world DOES work if you do it by the book, good luck on your first weight in 😊Just a thought if your doing the running too, don’t be dis heartened if you don’t loose one week. It could be water retention with running or muscle growth.

First of all I’d like to say a BIG WELL DONE on achieving the courage to get out there. That’s a huge step in its self and to actually tackle the uneven ground too. I too am using a treadmill (only on week 1 of ct5k) and never gave the thought of the difference of eventually running on real grounds so THANKYOU for the heads up. DONT feel defeated, you’ve got this in the bag by getting over a huge hurdle. 👍🏼 I have pure admiration for your courage and stamina. WELL DONE KEEP GOING!!

Good for you sticking with running on the treadmill. Your treadmill speed is very good. I struggle on uneven outdoor surfaces too. And like you I think that I would have been tempted by a canal footpath. When you feel ready try outdoors again, but pick a flattish paved or Tarmac surface. I also want to mention that I can run faster for longer on a treadmill, so when you run outside try to slow yourself down to a little trot.

Good luck finishing week 9 whether you run in or out. You can do it! Go nail it!

Thank you, I live in a valley so I just need to plan a route. The thing on a treadmill is you know how fast you are going, I have bought a tom tom watch, I will have another go at setting it up so I know how fast I am going on the road. Thanks for the support 😊

The best thing about running up a hill (there's not many good things about that) is knowing that the downhill is easy and you can free run down. 😀

That’s really kind and you have cheered me up. I have spoken to a friend who is a fully fledged runner and she said it was because of the uneven ground and pointed out that 2/3 of running clubs of runners run on road because it easier and safer than uneven ground ( hats off to fell runners ). Well done you for starting the ct5k, you will be surprised how you will glide along. I was just wanting to point out the difference for anybody starting to maybe try both. Happy running, you will be amazed how quick you come on 😊

Well done for trying. Would just like to add that trying to stick with the treadmill pace is probably not a good idea. Outside, as you've found, there are so many variables and not just the variable surface. There's weather to contend with and the fact that you have to propel yourself on a generally unforgiving surface which is the direct opposite of a treadmill. When you get back out there try, as I'm sure you've already decided on, a smoother surface and slow your pace right down. Treadmill vs outside is the chalk and cheese of running 😄. You've mastered one, now it's almost time for the other.

Thank you, I do feel I have cheated on the treadmill. Only time will tell 😊

Don't. Running is running. You are helping your health just by doing it. Treadmill or outside gets the same results (enjoyment factor goes to outdoors for me though 😀).

One thought are you running at at least 1% incline? That helps simulate outdoor running a bit - not terrain obviously.

I have just adjusted it today strangely enough, manually, so it’s a bit less level, lol, thanks 😊

You've done excellent 2707! It is different running outdoors for a lot of people, but I don't think theres any right or wrong, just what suits you. Its a great idea to try the pavements again after graduation. They'll still be there and the journey simply continues after graduation. You are doing this your way and thats what matters most. Just stick to what works for you for now. Well done too! ❤️

Thanks for the support, let’s see what happens 😊

I'm also a treadmill runner but have done the last 3 (longer) runs outdoors. Like the others have said, head for a flat, tarmac route. I puffed my way up a relatively long hill at the end of my last outdoor run - ironically google play decided to play "can you feel it" by The Jacksons - there were some choice swear words being muttered i can tell you! 😂😂

I bet you had some choice words, lol. I think I might be coming down with something as well because my run before last I struggled to do the 28 minutes on treadmill and the other 2 x 28 minutes I had no problem. I’m resting today, let’s see what tomorrow brings. I can’t have lost my fitness just like that? That was for Boo43, don’t know why it didn’t attach 😊

It's been a busy week and I wanted to get in my week 2 run 2 today and combine it with some arm...

I ran 5 k for the first time on a treadmill last Monday and I was convinced that...

but currently away on holiday in North Wales on a canal boat and the signal and WIFI is very...

Currently doing a running course outside and 1 or 2 runs from the c25k plan as well, although...

on my treadmill which I do use for such weather. I ran for twenty minutes at speeds of 6.3 6.5 and...