Mixed emotions with that one.: Last night I... - Couch to 5K

Last night I decided it was well over due to venture out somewhere different to run. So I headed off to the lakes where they hold the weekly Park Run and gave that route a try. I've walked the route with the family before, but never run it, so it was nice to mix it up and to give it a kind of dry run, before entering the Park Run with 100's of other runners.

There were some new experiences for me during this one, firstly this was the first time I had run on a gravel path, having done almost all of my running so far on Grass, I was expecting to notice a difference, but in reality it was just a bit noisier and people could hear me coming Then there were a lot more a lot more gradients to deal with, nothing major, but noticeable and finally there were a lot more people around than I am used to seeing when out for a run, but all still with the usual friendly smile.

The start to the run was awful. I know only too well that the best way for me to start my runs is to set off very slow and steady and fall into my happy pace, but no, off I trot as if I was running the 100m! Obviously I coulndn't sustain the pace and soon slowed it down, but never managed to find that happy pace. This resulted in me telling myself off for being such a plum throughout the entire run!

I think it was a curiosity thing in wanting to know roughly what my time would be if I were to enter the Park Run, but that's no excuse, I know how to have a happy run and I turned this one into one I had to work on, rather than enjoy it for what it was.

Anyway on the plus side, I did manage to complete the 5k course and still had some left in the tank at the end, with a respectable 31 Mins 49 Seconds, a full 2 Mins 26 Seconds off my previous PB, so I'm happy with that. 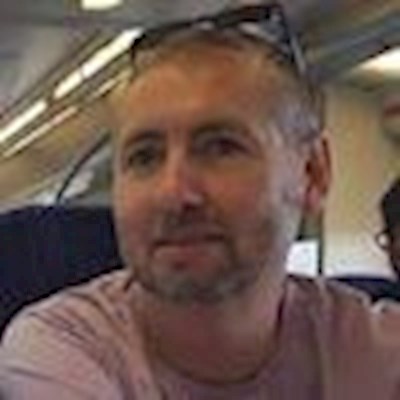 Alanist
Graduate
To view profiles and participate in discussions please or .
Read more about...
3 Replies
•

Excellent! It's always good to run somewhere new and a good time thrown in - what's not to like 😄

Looks like a Saturday morning soon will be taken up with Parkrun!

Think it was that fact that I made it such hard work for myself from the start, when I know better than to set out too fast. But very happy with the time.

Very much looking forward to squeezing in the Park Runs, just need a Saturday morning when the kids busy social lives don't clash!

Brilliant time, even if you didn't find your happy pace! I know what you mean about the kids' social lives getting in the way on Saturdays - mine are exactly the same. Hope to try a parkrun out at some point in the future though

I'm not counting, my thigh muscles were not happy with me and were still hurting when I went out on...

Just back from this run a bit disappointed in myself as around minute 14 had to slow down to a walk...

Did the run and really enjoy it today - was looking forward to the next one. Then, appointment at...

Week One Run One, Mixed Feelings!

left leg because that one is hurting more than the right!

So Sunday shall be run number two,...