Just been out and completed W5R1. Felt good before hand, W4R3 went really well so I was looking forward to this run. W5R1 went well but something Michael has me worried a bit. 3 different runs this week he said. I couldn’t help but look ahead when I was finished. W5R3- 20mins?!?! Did anybody else hit this week and feel like they were doing well but weren’t ready for that jump up in time? I know I have already run for 15mins today but those walks in between runs are well needed I think! Maybe I will get to it and surprise myself but not feeling convinced about it yet! 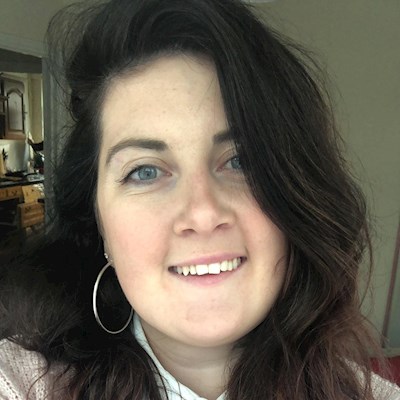 Bexh24
To view profiles and participate in discussions please or .
13 Replies
•

I know it looks daunting. Trust in yourself, remember so many other people have done c25k and worried about this run - but they did it. You can and will do it too.

I would suggest that this is a run to do at a steady plodding speed. It's all about getting to the end.

Good luck, happy running and post us after so we know how it went.

I completed this run last night and though the last few mins were tough I did it. It wasn’t fast but I was amazed at doing it as it was two sets of 8 min runs previously! Slow right down and get your breathing right and just go for it. I had no plans to run for 20 mins I was just going to see how far I could go but it was easier than I thought! You will be surprised!

If you look over the history of this forum W5R3 is probably the most talked about, both for peoples fears and doubts pre-run and plenty more for peoples elation post run.

Trust the programme, this is what you signed up for. I printed out the whole 9 week schedule and loved looking ahead thinking "wow I can't believe I will be running that by such-and-such week."

Fitness is gained through repetition. This is a carefully measured programme, completed by thousands over the years. Trust it.

If you have been running regulalry 3 times a week for over a month, and stuck to the times you are physically ready for the 20 minute run. But for the longer runs you need to develop your mental strength. Your body will be ready, but your mind needs convincing.

Don't clock watch, just get into a nice rhythm and enjoy your surroundings. You body will take time to settle into the run, so its fine if you feel a bit out of puff and your heart is beating hard at first - it will eventually settle. Run nice and slow. I look forward to hearing your post W5R3 posting

Most feel that way, best try not to look ahead at the runs and worry about them, easier said than done I know, but if you've followed c25k properly, then you'll be able to do it, slow and steady is key, then afterwards you'll wonder what all the fuss was about!

I’m with you on that. I’m dreading my next run W5R3 but we Will get through it.

Im just about to go out and do it!! More excited about that post-run buzz than anything else 🤗

I followed the advice I was given here, and took that run *really* slowly. It worked

Since then I've gone on to graduate (in April) and last week finally managed to run 5k.

Lol I had exactly the same thing happen 7 this morning. Felt confident, started the app, 3x5 min runs I can do this, then the dreaded surprise news came....

Well all I can say is good luck, and there are others thinking the same thing as you.

Believe in the plan, I just completed the 20min run yesterday and like you on W5R1 I panicked and looked ahead and didn't think it was possible, but I done it. You will be fine, just take your time and then enjoy the buzz you get once you've finished it, really feels like a massive achievement x

Hi. I have literally done my 20 minute today. On my first run of the week I had a bad run and was feeling bad about run 2. Run 2 went great. Then this morning I was just thinking I can't do this. How can I jump from 8 mins to 20???

But I did it and I'm well chuffed. You will do it just take it slow. 5 weeks ago I couldn't run for 10 seconds.

I have just completed W5R3 and feeling elated. I had the same apprehension as you, but the answer seems to be to trust the app, don't run too fast, stick to the timings and believe in yourself. I also found that letting the mind wander onto subjects other than running helped the 20 mins to pass. You can do it!

I’m exactly at the same point as you I did my week 5 run 1 this morning I definitely needed the breaks in between so I’m worried too. But think we need to believe in the program I’m just going to go slow take it easy good luck x

Struggling with week 5 any tips or reassurance?

struggling with week 5... I’m now on my 3rd time of trying. Did anyone else struggle with the jump...

They feel really heavy and my running is so laboured. I'm having to have two rest days between runs...

Can anyone offer me any advice or reassurance on week 5? Bit freaked out!

would get prepared for week 5 and was freaking out about the jump up to 8 minute runs - then I saw...

it. I now feel well enough to complete a run in the morning after over a week off!!!! I went for a...

Day 1 tomorrow - in need of some reassurance!

5am and I'm not feeling confident about running on the street. Does anyone else run this early? I...