W8R1. Massive fail! Give me inspiration please - Couch to 5K

We’re away for the bank holiday weekend. So I found what I thought would be a suitable running route along a canal tow path.

I started off well, running at a good pace but the tow path got narrower and narrower. Then I heard the magic words “you’re half way “ I turned round to run back. But for some reason my fear of falling in the canal was making me run as far to the land side of the narrow path as possible. The path was uneven (sloping to the water) and I kept twisting my ankle so after about 18 or 19 mins running i chickened out for fear of a more serious twist. I ended up walking the rest of the way back. 😢

So am intending to attempt it again on Tuesday.

Am feeling very disappointed in myself. 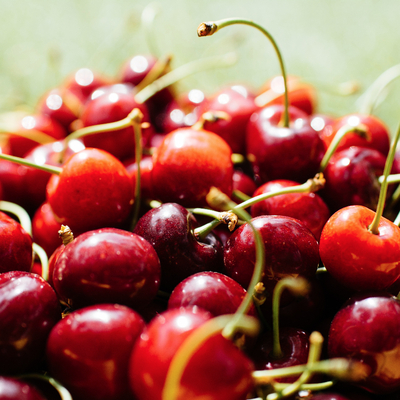 57jas60
Graduate
To view profiles and participate in discussions please or .
Read more about...
17 Replies
•

Hey tiger!! Don't be disappointed and don't beat yourself up. You got out there and ran. Maybe not as stylishly as usual but you still did it. It's not a f*il. It's a practice. You'll smash its nose next time.

Mind that pesky camber tho okay?

Thanks for your encouragement. Practice is a much better viewpoint.

Dont be disappointed! You never know what a new route will be like. You had a good first part of the run! Treat it as an extra short run and it will go well on Tuesday!!

Thanks. Yes first part was good, I think that added to my disappointment. Guess I just need to focus on the positives.

You're doing so well, but don't use the F word on here, it's just a blip, it happens, just forget it! maybe find another route and try again..😊

I’ll be back to familiar territory on Tuesday. Thanks.

No shame in that at all. Better to cancel than end up with a twisted ankle or falling in the canal or both!😱. There’s no point running in dangerous terrain . I know someone who went for a run on a camping trip and his foot went down a rabbit hole and snapped his ankle really badly. Now he walks with a permanent limp . You live to run another day !👍

That was my thinking. Thank you.

We aren’t allowed to use the F word on here 🙉 I think you did well to run on a narrow path near a canal for 19 minutes! It’s 19 more than I would have done! It’s not a f****d run just a horrible location for a run!

57jas60Graduate in reply to Bridget007

Thank you - much appreciated.

Hey you’re away for the weekend but still committed to getting out for a run... that sounds like a win to me 🙌🏼 well done, doesn’t matter that it was slightly shorter than you would like it’s still a run 😃

I guess part of running tourism is discovering unsuitable routes as well as the holiday gems. Hope you find a happier route next time. 😄

57jas60Graduate in reply to Elfe5

You’re right, it could have been a fab route that would have put my normal one to shame. So now I can look forward to that horrible section with a much better attitude.

I work on chimney stacks but never consider myself in any way a "failure" because I'm very apprehensive about falling. No way will I take any chances - sometimes I get odd looks for being so "cautious" but sod that - if I fall, it's me who is going to be screwed, not them.

Treat it as a practice run or even a little extra exercise.its best you stopped rather than be off from a sprained ankle etc or falling into that canal.

Don't beat yourself up almost all of us have had to stop (a few times during a run for me) on 2 occasions. Beat myself up but then thought noooo no need IM ONLY HUMAN 😉

So yes WE ARE ONLY HUMAN 👍

Enjoy your break away and enjoy your next run 👍

Yes I’m definitely only human. I think my mistake is trying to become Mo Farrah in 9 weeks!

I'm with you there 😉

barely managed wk4 run 1 and started walking during the last 5 minute run. That was Tuesday, i left...

Give me some motivation please!!!

other people out running then so how did they keep motivated? I have thought about running...

but have only managed 23 quid so far and time is running out :( I really want to raise a decent...

to get back to running three times a week. How can I get the motivation and excitement back? I am...

Massive fail and no reason why

July I've never got back into the routine of getting my backside out and running again, why? I've no