I'm finishing work shortly and it's probably going to be dark when I get home! I don't live in the safest (although not worst) area and am looking for any advice on running in the dark and at night time? My boyfriend has said he doesn't want me running at all but short of paying for a gym membership (which I don't think we can afford) I don't have much of a choice! 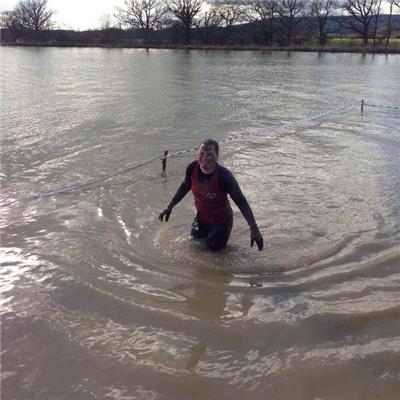 sidbetty
Graduate
To view profiles and participate in discussions please or .
21 Replies
•

I can understand him being concerned about you running after dark, but not running at all isn't helpful for you. Would he be happy to join you? I know it's not for everyone but if it's something you are enjoying and it is doing you good it would be such a shame to give it up. If he doesn't want to join in maybe join up to a local running group which will be a lot cheaper than a gym subscription and you would not be out alone, therefore safer. Hope you can find a work around that suits both of you.

sidbettyGraduate in reply to Beek

No he point blank refuses to run

He likes to cycle occassionally. There is a running club I keep looking at, I just prefer to go straight after work otherwise I sit down and we all know what happens once you get in and warm

I will perhaps give the rc a go. Thank you.

First you want to make sure you can see and be seen. Bright reflective clothing is a must, a head torch might be useful, although if the route you run has decent street lighting you might not need it.

Above all, make sure that somebody knows where you're going, what your planned route is and what time you expect to be home.

If you run with a smartphone it might be worth looking into apps that share your location with selected contacts (e.g. your boyfriend). I don't know if any of the running related ones have that feature, as I don't use them myself, but I have used one called Glympse in the past. That way should accident, injury or anything else happen there would be a way for someone to know where you are/have been.

Thank you for your reply. I do have a fluorescent pink jacket I can pop on, and I bought some little clip on bright light things for cyclists/runners/dog walkers the other day to use. My usual route includes a lot of cut throughs and the river walk which is unfortunately pitch black as there is NO lighting along it but I can try another route.

I will look in to the apps thank you! Might give him a bit of peace of mind!

You could also consider running in the mornings. That way, for the next few weeks at least, as you run it will be getting lighter rather than darker.

Also I always tend to think there are less weirdos out and about first thing.

It sets you up for the day as well

I was just thinking that on my way home, I might have to sacrifice a little sleep... Less likely for gangs of yoofs or weirdos to be hanging round at 7am! I just have a real tendency to hit snooze and stay warm... But if I want to continue running then I need to get on with it!

Yes I run early in the mornings in the dark, down a well lit street to the local park which always tends to have other crazy running folk & dog walkers around. Dark in the am feels safer somehow... An attack alarm for evening runs might be an idea... I'd go very public routes or try & join a club for those though...

I've just started running in the dark too (before sunrise). Bit of a shock to the system, I know!

I didn't feel too safe at first either and so I've changed my route to more well-lit main roads, and bought some hi-vis/reflective gear. You can pick them up fairly cheaply. Make sure you let your boyfriend know exactly where you're going and how long you expect to take. And maybe take your phone along with you just in case.

It's not so bad once you get used to it!

Thank you. I take my phone with me as it has my music on me

I guess at least after work there will be a few people around (my bed is just too warm and comfy in the morning!)

Can you run at lunchtime ? I can change, do 30 min run, change and still just about have lunch. Then it's all done in daylight.

I use the free version of Map My Run, but if you have the paid version it is has a live tracker. It says it is $29.99 a year. It offers lots of other stuff the free version doesn't have as well as that

Think Runkeeper can also be followed live on the web...

I will look in to this... I have been using mapmyrun but if runkeeper can be tracked then may be worth switching. Thanks

I have been thinking the same about the dark. In fact when I went out tonight about 7pm, it was dark by 7:25. That was fine around the streets which were lit, and I didn't realise just how dark it was until I took my last section home along the river. I didn't actually know there were no lights along there and I had no option but to keep running. Thankfully there was a little bit of moonlight. I do admit to being a bit spooked as I could hardly see the path and stumbled a bit on tree roots, not to mention not being able to see if there was anyone around. I will be changing my route from now on and will find another 1k loop to finish my run instead of going along the river.

I hope you can find another route too. Happy running!

Well done on continuing (even if you had no choice!)

Most of my route is along the river, on a proper concrete footpath, as I haven't reached the end yet so not sure how long it is! I can stick to the main lit streets, I just don't enjoy lots of people driving past me! I think I will get the boyfriend to download a tracker app of some sort and make sure he knows I'm going and where I'm going. Doing the C25K is the most I've ever run on my own so don't want to lose momentum just as I'm starting to not completely hate running!

I run along a main road in the dark and make sure I'm well lit. I don't like the route much but I'm fairly happy I'm safe. I think it's the best option. Mapmyrun may help you with a new route?

You either run in the dark or go out during the day. Simples. It's nothing to do with your boyfriend, it's about you. You're a big girl now and can go out on your own. If he's worried about you he can go with you or get a bike and follow you round. I suspect he won't. If you let him know where you're going and take your phone, stick to the main roads. Get used to road running and what does it matter if people drive past you. That's what cars do! You could talk yourself out of this or you can just do it

I also run in the dark, I do mornings 5am, because hardly anyone sees me, it's cooler, I can get dressed and outof the door before I wake up and realise I am running (if I thought about it, I would stay in bed). I carry a head torch on my arm so cars can see me, and finally I take my killer ferocious Labrador. Well that is what I hope people think, but give her a biscuit and she would ditch me.

I personally run after 4am in the morning....do I wanna stay in my warm comfy bed yes...do I choose to get up and run....yes and where I live isnt exactly brilliant either safety wise but my husband knows where I'm going, I wear bright clothing and stick to the main roads with plenty of houses and I also carry hand weights for 2 reasons 1) to help with my upper body 2) if someone tries anything they're gonna get a handweights to the nether regions....my other half isn't keen on me running alone but he also wouldn't stop me which is why we plan my routes together so he knows where I am and roughly when I'm gonna be back xxx

Gym memberships start at £15 a month upwards (less than £1.50 a session?). If all you want is a treadmill the cheapest will do, or buy your own treadmill. I pay 19 a month 'cos it's on the way home and free parking, but I could pay less if I needed to.

If your BF doesn't want you to run after dark, and I can understand that, maybe he can help with the cost of the gym.

Running in the dark...

I saw some posts about kit for running in the dark a while ago, but it wasn't until I went out this...

Tips on running in the dark?

Was really looking forward to getting home last night to go out for my week 4 run 1. I ended up...

do you run in the dark?

as the dark evenings are drawing in i was just wondering about running in the dark. So far it i have

Advice on Running essentials for \"running in the dark\"?

ear whilst I run dark country lanes, but interested in what type of Visibility kit people run in...

out into the darkness, and blimey I felt my t**s were going to freeze. Perhaps my running vest was...