Well, everyone warned me that week 6 might be tough after the elation of the 20min run in week 5 - and that was so very true! I definitely struggled with the first two runs this week - the last 60 seconds of W6R2 felt like torture. I was really beginning to doubt that I would complete the final (25 minute!) run.

But I'm determined not to give up so I have really been psyching myself up for the last couple of days. I have a tough week at work ahead so I had to make the most of Sunday for my run. But when I checked the weather forecast last night it said that heavy rain was due from around 9am, so I set my alarm for 6.30am (yes, on a Sunday!) and rolled out of bed to find that it was already pouring! I have never run in rain before but decided to just do it. The 5 min warm up walk was pretty uncomfortable because of the rain and I felt really bedraggled as I started the run, so tempted to go back to the car. But then came the revelation - once I started to run it was actually fun to run in the rain!!

The 25min did feel long, but I just took it slowly and I made it. I thought the last stretch was particularly difficult because of the music (I was pretty much shouting at Laura to switch the track by the end). My cool down walk only lasted 4minutes though as the rain was really heavy and the car came into view just a minute too soon! The advantage of the weekend was that I could go home to a nice hot bath of course - I might not be quite so keen on the rain mid-week! 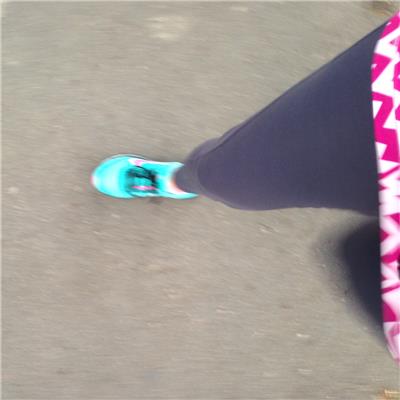 CKC1
Graduate
To view profiles and participate in discussions please or .
12 Replies
•

The music is dire but if you can stick it then the running is easy in comparison. It's a test of your mettle.

Rain is fine. You'll get used to it. Not much chance of avoiding it here in good old Blightey

I ran in heavy rain the other week and I loved it, too

It was so invigorating

Congratulations, the end is almost in sight......good luck.

Thanks for all your encouragement - it makes such a big difference.

well done, especially for the early morning start!. I also love running in the rain - I find it much more preferable to sun, and I always jump straight in the shower after a run anyway. Good luck with the last few weeks to graduation!

Bizarre, isn't it?! I love running in heavy rain. Felt quite miffed this weekend as despite my best endeavours, I missed all the showers! Well done you for getting this far - you're almost there now, keep it up!

Bizarre, isn't it?! I love running in heavy rain. Felt quite miffed this weekend as despite my best endeavours, I missed all the showers! Well done you for getting this far - you're almost there now, keep it up!

Well done on sticking it out through the awful week 6, it's tripped a lot of us up, me included. I've found my whole attitude to weather has changed since I started this programme, I too now love the rain - bizarre isn't it? The music is a bit um variable isn't it? Not long now until you meet Julie...

Week 6 Run 1 - I was looking forward to this one after conquering the 20 minute run in Week 5... The

odd occasion a few weeks back when it was a bit wet! Today, I set off in the rain, was a bit wimpy...

Week 7 smashed- in the rain!

of the run felt like I was running with air con. So that’s it- I’ve done three 25 minute runs this...

walk-jog rather than a 'run', I just finished w6r2 and now get to angst about the 25 min run coming...

but managed to finish the first run. I think after the 20min run the week before I was being a bit...