Hi within 4 weeks my 49 year old hubby took ulcerative colitis, had lifesaving removal of whole colon and now has ileostomy, mucus fistula stoma and left with rectal stump. Now 3 weeks post surgery. Shock for us all. Doing well with ileostomy bag christened Mabel. Hates Thor his mucus fistula... does this stay forever? Output isn’t much but hates the smell when emptying. Worse part of all is the pink, smelly discharge from anus. He gets painful cramping and discharge. Can’t imagine life with this leaking and pain if out and about. Wearing incontinence pants. Does this ease up? Can’t imagine more surgery either. My heart aches for him xx 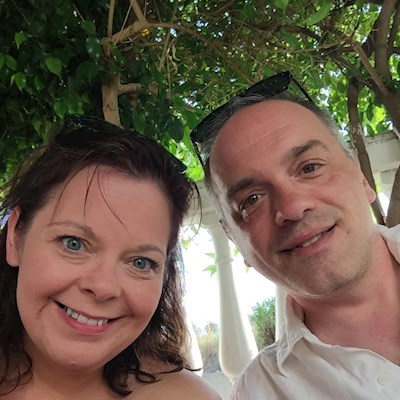 Tracie1972
To view profiles and participate in discussions please or .
Read more about...
11 Replies
•

Hello , it is a bitter sweet situation. Having life saving surgery and then having to live with the consequences. Having opted for surgery I can not imagine waking up after an emerging the stoma etc.

I did a lot of reseach and was very interested in the alternatives as to the rectum and the need for it.

The reason for leaving it is medically about the possibility of further surgery, (internal pouch. )

I decided not to have one as the majority of comments about leaving it were negative as you decribe your husbands experience.

Maybe, this is a discussion needed with his surgeon.

All the best to both of you.

Left his rectum because he was to weak to cope with that amount of surgery at once. He’s adamant he’s having no more surgery but time will tell x

Good morning. Your husband has certainly been through it. And three weeks after surgery his body is still getting used to what has happened. As is his own mind.I know because I went through a bit too and was in hospital for over 8 months etc.

Stoma etc and my own complications.

As for things easing up. They probably will as his body adjusts. He is so early into his post recovery and it will take time. Although never worry about contacting the hospital or GP if you have concerns. Yes they are busy but your husband is fresh out of hospital so never have any concerns about calling someone.

And the Stoma nurse I assume be in touch soon and he still has post operative consultancy with the hospital clinic.

Most importantly don't get worried with all the bad the stories you might read on the web. There are far more happy endings out there then bad ones, it's just that people only tend to write about the bad ones ☺️😀

Tracie1972 in reply to Paulpp

Saw Stoma nurse last week and will again on Monday. She was happy. He is impatient with his recovery and putting pressure on himself to be fit again. Slowly does it xx

Paulpp in reply to Tracie1972

I did the same. Getting annoyed because i thought it was taking too much time to recover. When in fact it was the norm for my own condition.When you leave hospital and they say relax and don't overdo it and take time to recover. They mean it.

As I said it will take time and he must understand that, but I totally understand his impatience. It's natural.

The fact the hospital said he was too weak to go through more surgery then what he already has done, is proof he has gone through it and must not be too hard on himself.

Slowly is definitely the answer.

At least on Monday you can mention all the concerns about pink discharge and cramps etc.

It may be that your husband could have a j pouch or Koch's pouch option installed through surgery, wouldn't hurt to ask your doctor. These are both a lot easy to take care of and you don't have to worry about the smell, since they are internal.

Not being a doctor, but if his colon was completely removed, I don't think there should be a leakage from his anus, since it has be blocked off. You should maybe consult his doctor.

Having had my colon removed almost 30 years ago, I was given an internal Koch's pouch, which was a life saver. Last year I developed a block in the bowel and had to have the pouch disconnected and a ostomy bag attached. I agree that ileostomy isn't fun but it is a life saver, and after a few months you do get used to it.

I have found that depending on what you eat, will keep the smell down to a minimum. I have found that onions and garlic are the worst offenders, but not bad if you don't eat them in large quantities. Also there are ADAPT Lubricating deodorant pouches that help.

Tracie1972 in reply to Oldude

He has a rectal stump left in place. It continues to produce the mucus it would have to ease your poo out I’m afraid so he’s left with dealing with that unless he has the j pouch or has the rectum fully removed and closed up ‘Barbie Butt’. He’s okay with the ileostomy it’s the mucus fistula stoma and bum he’s struggling with 😞. Very early days though .

Oldude in reply to Tracie1972

Maybe the doctor is planning on giving him a J pouch? Sure would be a blessing.

It sounds like he’s had a really tough time all at once. I’m sorry for him, it’s a lot to come to terms with and all out of the blue within 4 weeks. I’m not familiar with a mucus fistula only that fistulas are common in crohns. My son has a loop ileostomy at the moment which has two openings . One for stool and the other mucus. It was very active for the first few weeks but has settled down now. In regards the rectal discharge you should find that settles as well. It will be more active at first as he’s just had surgery and seeing blood stained mucus and spasms are normal as the rectal stump heals. You can probably expect him to pass mucus every few days once it heals but it should be quick and painless.

Some people with ulcerative colitis can still get UC symptoms even after surgery as the rectal stump can become the target of autoimmune inflammation known as diversion colitis. My son had this. It’s easily fixed by suppositories until they remove the rectal stump.

Hope this is helpful and wish your husband all the best with his recovery.

Very helpful thank you. If he thought the mucus from his rectum wound ease up that is definitely light at the end of the tunnel.

Hi , just want to reassure you things do get better . I to went through exactly the same as your husband on the first day of lock down last year and spent a week in high dependency as I suffer with c o p d so not great with anaesthetic. I have a ileostomy and a mucus fistula and know exactly how he’s feeling about his new friends . Ileostomy (named Vesuvius and fistula named Markus Mucus ) I too get the sensation of needing too empty my bowels only to find either small globules of mucus or nothing at all . My consultant said it natural as you still have a stump and it will still produce some mucus . I believe we have a choice as wether we have proctocolectomy or regular colonoscopy . Hope this helps things do get a lot easier all the help you need is out there . Stay strong you will be up and down for a while just need to adjust

My mother had an ileostomy 3 weeks ago and is not doing well at all, in fact she is literally...