Ibrutinib side effects: I should be starting... - CLL Support

I should be starting Ibrutinib (3x140g/dy) ASAP and I am afraid of the side effects.. After how much time the side effects appears after starting the treatment? I also read that it disappear usually after 2-3 months.. is that right?

Should I take the 3 pills all together? 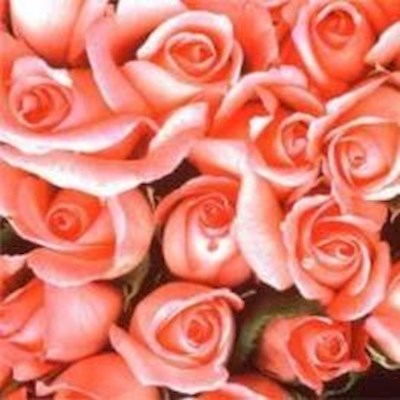 AshGS
To view profiles and participate in discussions please or .
Read more about...
18 Replies
•

I see you joined us today from Egypt. Welcome.

All the Ibrutinib capsules should be taken at the same time.

Many patients have no side effects, but those that do are often mild and tend to be less severe over time. Whether that is a few months or many is unclear. Many of us feel much better after ibrutinib reduces their nodes, spleen and fatigue. Please reply to this posting over the next few weeks with your experience.

If you want to read from many past postings from other patients that started Ibrutinib, please look for a box on this page labeled: Related Posts

*Side effects on Ibrutinib

*Possible side effect of Ibrutinib?

That box will be in the upper right column on computer screens or scroll way below on tablets or other mobile devices.

if you have access to acalabrutinib-it has somewhat fewer AFIB effects-not sure about others.Having said that -i've been on ibrutinib for 18 months. the minor side effects i got have gradually stopped appearing.

Thank you dear.. I already got the Ibruvica after hard work!!

Many thanks Len.. I appreciate your comprehensive reply!

Sure will inform the community with my experience..

FCR was abandoned for me due to reactions, Ibrutinib has been a good experience for me, some tummy problems but I am getting on with my life.

I am 2 years in no problems from Ibrutinib, Allopurinol on the other hand... After the first six week I found out how bad my CLL had been getting (it creeps up on you). I had lost all my energy, and stamina. I couldn't even do 10 minutes work without resting. But it was all back after 2 months. I am now cycling and walking miles and still taking 3 grey pills a day

scaler59 in reply to zaax

Could you explain further your experience with allopurinal . I have been on Ibrutinib for 9 mos. and I take 2 allopurinal each day. I have some issues with my GI track.

mrsjsmith in reply to scaler59

I believe most people only take Allopurinol for the first month on Ibrutinib. That was my experience and to regulate uric acid.

I have had only two noticeable side effects, flaky finger nails, and my former straight hair has become thicker and wavy/curly.

Hopefully this will get better soon!

Hi AshGS. I have been on Ibrutinib for just over a year now. A few aches and pains for the first couple of months but nothing unmanageable. My fingernails were splitting but I now take Biotin once a day and that has sorted it out. Ibrutinib has transformed my life so much for the better The benefits far outweigh any side effects. Wishing you well.

I had roving joint pain in my knees and wrists for the first month or two of ibrutinib. Ice packs helped. I continued to have 24 hour episodes of pain in one knee about once a month for the 2 1/2 years of Ibrutinib. I had to stop the Ibrutinib last October due to afib. Fortunately my CLL has remained in remission so far.

AshGS - my joint pain and stiffness started within a week. It would come and go. I can't say if it would go away after a few months as my doctor had me stop taking Ibrutinib after only six weeks. I had some very severe side effects, and ended up in the hospital for several days. As for the effectiveness, even only six weeks made a large improvement in my WBC count and platelets. It has been nine months since my "episode" and am still on watch and wait.

I had stage 3 CLL in Oct. 2018 with enlarged spleen. Then started Imbruvia 420 once a day. Only negative reaction during first two month' was a rash on face. Now after 22 cycles my CBC is almost normal. For split nails I apply "Hard as Hoof" application from Amazon. The Imbrutinic probably will be more effective with walking exercise which activates the muscles to absorb this therapy.

I have been on imbruvica since August of 2017. My worst side effects lasted about 5 months. Mine ranged from joint pain, swollen hands, rash, and diareaha.

I have been on Ibrutinib for over two and a half years. Thicker and curly hair is my only side effect. I feel terrific. If you met me now, you would have no idea I have CLL/SLL. Previously I’ve had FR and BR, so this is my third treatment. Except for COVID 19 social distancing, I can pretty much do anything I want. Previously just walking across the room was difficult. Wishing you the best. Sally

Many thanks Sally and happy to hear that you are back to normal. Would the Ibruvica lower the immunity?

I’m not sure. I have been healthy with no issues. Sally

between 18-24 months)and now I'm on Ibrutinib.It's been quite a journey,we all know how harsh the...

My dad is 78 year old and started Ibrutinib Since past 3 months. He is having severe...

everyone!😊 I've been on Ibrutinib since 21st May. I'm getting lots of side effects lately -...

Side Effects of Ibrutinib/Venetoclax

Started Ibrutinib 9 months ago and Ventetoclax 6months ago on the Ibrutinib/Venetoclax Trial. I...

My husband is taking Ibrutinib for CLL and one of his many side effects is very dry skin and...