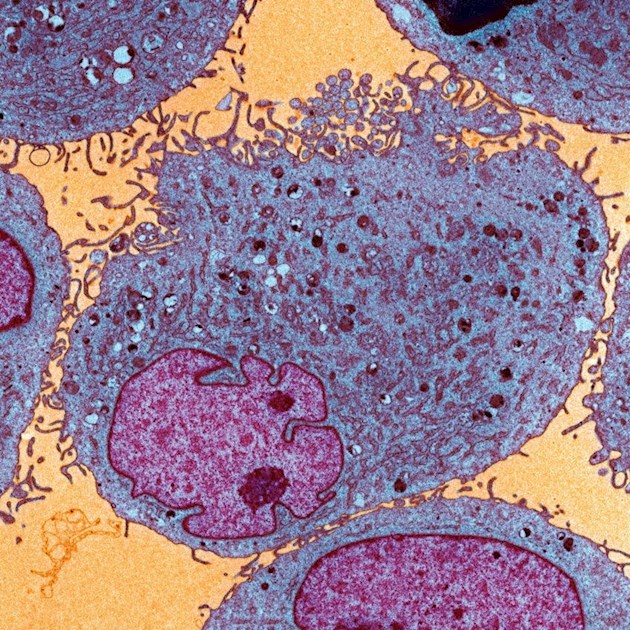 Not exactly an optimistic report.

Dr James Gerson, MD, - "Not a lot is known as to what happens in the patients for whom CAR-T therapy does not work,” “Anecdotally, we say that patients often progress rapidly and aren’t able to get further therapies, but it’s not something there’s a lot of data for.”

Researchers reported the outcomes and characteristics of patients with CLL who received anti-CD19 CAR-T therapy during a clinical trial (ClinicalTrials.gov Identifier: NCT01865617), but either never had a response or eventually had disease relapse.

A total of 28 patients with CLL were included in the study, and among these, 16 (57%) had stable or progressive disease and 12 (43%) initially had a response after CAR-T therapy but then had disease relapse after a median of 11 months.

The phase 1/2 TRANSCEND CLL 004 trial, which were reported at the 61st ASH showed a high success rate — 82% of patients with CLL had an overall response with the anti-CD19 CAR-T therapy lisocabtagene maraleucel (liso-cel) — but the study population was small, comprised of only 22 patients.However, in another trial (ClinicalTrials.gov Identifier: NCT01029366) of 14 patients with CLL showed that only 8 (57%) had a response to treatment with an anti-CD19 CAR-T therapy, 4 (29%) of which were complete responses.

Patients who received a stem cell transplant after the CAR-T lived longer again.

not to belabor an obvious to me question. These are trials where you have to have failed on multiple therapies. They are not testing on naive treatment people as far as i know.

Justasheet1 in reply to Hidden

A naive person would probably never have Car-T though unless it was a cure.

Hidden in reply to Justasheet1

exactly my point. most that i've read on these trials-some have up to 14 prior therapies although the average was 4.

they have not been doing this that long. why are imbruvica and venclexta singled out?

is it the cll people being singled out?

Jm954Administrator in reply to Hidden

Ibrutinib and Venetoclax are mentioned probably because they were the most recent and final treatments available for these patients prior to CAR-T.

I'm not sure why you think CLL people are being singled out?

Hidden in reply to Jm954

the title of your post is 'When car-t therapy fails patients with cll'.

cllady01Volunteer in reply to Hidden

Not mentioned in a direct sentence, but, logically, if they were involved, and there were a number of treatments given to patients, I and/or V were given lastly because they are the newer ones available to patients.

Sushibruno in reply to Jm954

Even though allot of people have a very hard time with their cll allot of relapsing, how come dr lamanna told me that people don't die from cll like they use to. That they die of other illness. I felt like it was cll related illness.

I see it like this Sushi. CLL is probably rarely cited as the cause on a death certificate but in many cases it’s the resultant infection from being immunocompromised that causes the death. The nearest analogy I can think of is a blind person being unable to see, stumbling into the road and being run over. The cause of death would clearly be car accident not blindness.

CLL is a host condition which can attract and exacerbate other health situations and I think it’s hard to avoid that reality. Some people do run out of options with aggressive CLL presentations but thankfully the options are so much greater now.

I believe what Dr. Lamanna may be saying is that people don’t easily succumb to the CLL induced illnesses like they used to because treatments are so much more effective now. Possibly early in her career the remedies were massively reduced to what they are now and she’ll be seeing patients living decades who previously had much limited time.

We are living in different times with masses more options and treatments that are proving a match for many of the CLL related issues that existed even when I was diagnosed.

Sushibruno in reply to Newdawn

morepork in reply to Newdawn

Has anyone heard any more about CAR-NK rather than CAR-T trials?

Not sure if there was a trial I read about, or proposed trial as being potentially more effective with CLL .

Jm954Administrator in reply to morepork

You're right, CAR-NK has more potential for CLL patients, especially those with exhausted, ineffective T cells.

I am confident that this CAR-T...

remission. All the patients in this trial had CLL that had relapsed or continued to progress after...

Are you a patient or physician interested in CAR-T gene therapy? Call the...

Should you be minimizing your consumption of lipids?

Had Covid, why get the vaccine