The French Paradox - Why the French Ha... - Cholesterol Support 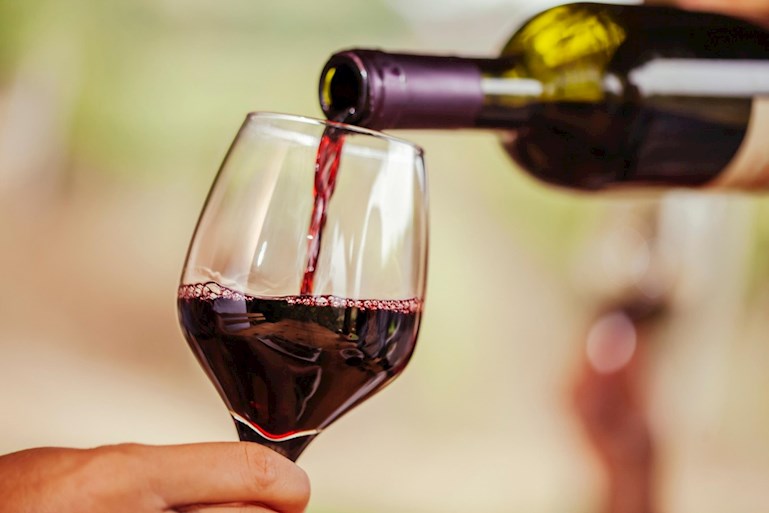 Wine should be consumed in moderation. I drink one glass of red wine with my dinner, between 1 and 3 times per week.

While resveratrol, which is in red wine, does provide some health benefits, the alcohol offsets those benefits.

The French Paradox (high consumption of wine, cheeses and creams, yet the lowest incidence of cardiovascular disease among the G7 countries) is not attributed to their red-wine drinking as originally thought.

Instead, it has to do with both limiting their consumption of sweets to small bite-sized pieces, but more importantly, walking daily and consuming cheeses and goose-liver pate, both of which (especially the pate) are very high in vitamin K2.

K2 moves calcium from the bloodstream to the bones where it is needed. Most people don't have sufficient levels of K2 in their diet or through supplements, so the calcium remains in their bloodstream and calcifies the arteries over time.

The best cheeses for K2 are Aged Gouda, Jarlsberg, and Emmental.

So go ahead and enjoy an occasional glass of red wine but don't assume it is a health-drink.

P.S. I had my triple bypass, then 4 stents in the spring of 2015. After educating myself, I changed my diet and lifestyle resulting in the normalizing of my body weight (I lost 45 pounds). At which point in October of 2016 I completed my weaning-off of all heart medications including statins and baby aspirin. I consume a Mediterranean Diet, and exercise daily. I do NOT consume any processed foods and eat mostly home-cooking. When I go out for dinner it is to a high-quality family or chef-run restaurant, never chain restaurants or fast food.

I also take supplements such as liposomal vitamin C, B-complex, vitamin D, curcumin, fish oil and pycnogenol to substitute for the pharmaceuticals originally given to me.

To this day 5 years after dropping all phamaceuticals, my blood work remains optimal with triglycerides and ApoB lipoproteins being my target, NOT cholesterol. I have NOT experienced any cardiac issues since I made these changes.

Good luck to all of you.

sos007
Ambassador
To view profiles and participate in discussions please or .
Read more about...
18 Replies
•

That's right. The cholesterol hypothesis has been discredited.Cardiovascular disease is a result of an inflammatory state in the body triggered by the consumption of sugar, simple carbohydrates, ultra-processed foods, and a lack of exercise.

pcspetpro in reply to sos007

The process of atherosclerosis is extremely complicated. There are genetic factors, lifestyle factors, blood clotting factors and many more. Chronic inflammation, damaged glycocalyx and endothelium, oxidized LDL, all seem to be major players in the start and progression of atherosclerosis.

Yes, the physiological process complicated. Genetic factors play only a minor role for the general population. It has been found that 70-80% of chronic diseases are a result of dietary and lifestyle choices. Blood clotting has to do with a diet low in B vitamins which results in higher fibrinogen and homocysteine levels. Damage to the endothelium and glycocalyx is caused by dietary and lifestyle choices as previously noted as well.

Could it also be that the French traditionally also value family time, having a proper lunch break and trade unions protecting their rights. Maybe they even have a ‘rest’ in the afternoon, and enjoy proper holidays. Community and sharing are important. Obviously these are generalisations and stereotypes but could a society that values all citizens equally lead to improved health?

jointpain in reply to Teacakes

It could be that the French lie about almost anything to make themselves look superior amongst their cohorts!

sos007Ambassador in reply to Teacakes

The social equality impact on health cannot be measured in a way to determine correlation or a causal relationship with heart disease. Good health doesn't come from government or government policies, it comes from individual choices.

Southern European countries also generally have lower obesity levels and generally have relatively better cardiovascular outcomes although not on par with France.

What medical evidence tells us is that ultra-processed foods that most people now consume due to time-stress, are detrimental to human health. They contain rancid seed oils and excessive levels of sugar to enhance taste and preserve food.

Could it be the French love for salads? I was working abroad and had a Mediterranean diet for over 30 years. Here in UK recently, during a stay in hospital my coronaries were tested (angiogram) and found to be "clean as a whistle". Somehow I expect hospitals to be shining examples of good nutrition. Yet in hospital food I was never offered side salads, and a full salad plate was rarely an option.

Fresh, homemade cooking, and a Mediterranean Diet, along with daily exercise are key.

I hate that everything cholesterol always seems to come down to bad eating and exercise and weight when in fact for a lot of people its genetics, health conditions that promote issues with cholesterol …. I know Im one of these people before I got sick I ran marathons and taught fitness classes and walk 10 miles everyday and was thin and fit and still I had high cholesterol (Genetics) fast forward to today I battled thyroid cancer which resulted in thyroidectomy and then developed psoriatic arthritis on top of it and my cholesterol went into over drive because (hypothyroidism and Psoriatic Arthritis) both cause elevated cholesterol levels.

Genetics account for about 20%-30% of chronic disease, so for the majority of the population, diet, lifestyle choices, stress and sleep are determinants.Exercise alone cannot ward off heart disease, it is necessary but insufficient for good health.

Sorry this just isn’t true as I stated prior to being sick I was by any standard super fit sporting 12% body fat at one point and considered very healthy but I still had high cholesterol so no my life style or diet did not contribute to my high cholesterol my genetics did 100%. I also know a women who weighed over 400 pounds and her cholesterol was much lower then mine and I had only 12% body fat at the time …. I do agree exercising and proper diet do indeed help lots of people but some of us are not acquiring high cholesterol because of diet or exercise its simply genetics and cholesterol lowering drugs did not help me but actually caused more harm.

I guess you missed the first sentence in my response to you that 20-30% are caused genetically.

You may also not realize that exercise creates something called sheer stress on the arteries which requires the body to generate more cholesterol to repair. This type of inflammation requires more collagen production, which in turn requires much larger amounts of vitamin C than for average people, and much more than can be attained through diet alone.Those who engage in extreme exercise volumes need to review the nutritional profile of their diet to ensure appropriate levels of certain vitamins especially vitamin C, vitamin B, and vitamin D.

Cholesterol doesn't cause heart disease - inflammation causes damage to the arteries which then triggers the immune system to produce more cholesterol to repair the damage.

The presence of increased cholesterol levels for extreme athletes does not necessarily mean it is of a genetic nature, but could be in response to the large exercise volume.

karmel in reply to Batty1

Couldn't agree with you more Batty1, it is wrongly assumed that you must be overweight, eat a lot of junk\processed food, do not exercise if you have high cholesterol. The last time I had a cholesterol test the doctor said, without even seeing me, this was a telephone consultation, oh it must be what you eat - without even bothering to listen to my saying that heart disease ran in my family, I couldn't get a word in.

In my case I'm 100% genetics in the cholesterol battle. Have a nice day!

CDreamer in reply to Batty1

May I ask, did you have a genetic profiling? I ask because I was offered one some years ago but when I said I wouldn’t take statins even if my high cholesterol levels was caused by genetics, the offer was withdrawn.

By the way you can buy Reservertrol in a concentrated form to help reduce inflammation. I tend to have systemic inflammation which triggers a neuro muscular condition and I find that quite helpful.

Batty1 in reply to CDreamer

rarely drink (a glass of wine maybe 3-4 times a year) with no family history of heart disease,...
•
14 Replies

I have FH and am in a quandary regarding diet following recent revelation that there's no link between high cholesterol & heart disease?!

lot about pioneering research into cholesterol levels and heart disease. He tells me that there is...

Calcium and the bean family

Trying to eat the foods that are good for lowering my high cholesterol has now presented me with...

Insulin, Not Cholesterol, Is the True Culprit in Heart Disease.

suggests high total cholesterol and even high LDL are insignificant when trying to determine your...
•
14 Replies

My Cholesterol is not going down.

I have high Cholesterol almost 6 month ago and since am bodybuilder and used to consume high...

The French Paradox - Why the French Have the Lowest Incidenc...