I have a 7 year old son with bws who was diagnosed a few months after birth. He had successful operation at birth to put bowel back in and tongue reduction aged 13 months as well is operation on undecended testes. He is now healthy and just like any other kid.

However we have always had difficulties with managing his behaviour, he is hyperactive, has difficulties managing his emotions, low frustration tolerance always pushing boundaries, likes to feel in control and needs constant attention etc. However he manages school well and he seems to be very bright and school don’t report problems as he loves learning and is well engaged and stimulated which is what he constantly seems to need and craves. The only issue at school is he always wants to answer everyone else’s questions.

He has been assessed by a reputable child psychotherapist and has play therapy once per week and we have parent sessions but I do wonder whether he needs to be assessed for ADHD.

I don’t think there is an established link between bws and adhd but I wonder whether others have similar issues. I also wonder whether all the medical intervention he had will have impact on his emotional development. 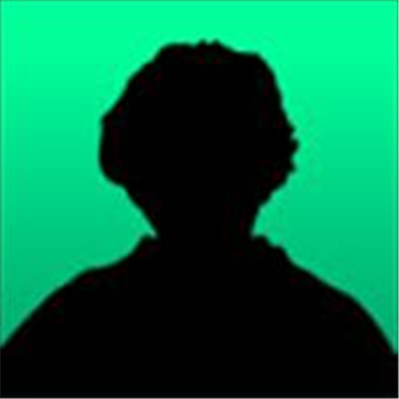 familyfour
To view profiles and participate in discussions please or .
Read more about...
11 Replies
•

I am not sure ADHD is associated with BWS, but we do read some papers suggesting the anesthesia in infancy or baby period may contribute to children's behavior change in later life.

Apologies for not replying sooner. We are not aware of any link between ADHD and BWS. Our son did have some behavioural problems when he was younger. He had temper tantrums and as he was quite strong it was difficult to control at times. Things such as loud noises, failure and change upset him. We think that this was just his temperament and not related to BWS. This is an area where I think more research is needed as the European wide consensus meeting for BWS held last year concentrated on the physical aspects of BWS. It's good that your son is coping well at school. Our son is now 35 and he doesn't remember much about the round of hospital visits which is a good thing. He had his tongue reduction performed when he was 20 months old and doesn't remember this at all. Have you had a look at the BWS stories on our website? It can be found at bwssupport.com It's always good to hear other families' experience.

Hope this is a helpful reply and our best wishes to you and your family.

Thank you Bob for your reply.

The professionals we have consulted don’t think he has ADHD but they are working on the hypothesis that all the operations and proding and poking is traumatic in a young mind and brain and this can have impact on emotional development. Of course it could be his natural temperament we will never know for sure but it could very well have exacerbated those traits further. I think this is an important area for further research.

My grandson, now aged almost 7, was diagnosed with BWS at a few weeks old.

He had stork marks on his forehead and back of his head (these have almost faded now), ear pits, Macroglossia which he manages well but his tongue does protrude when he is tired.

He has the exact same difficulties managing his behaviour. He get's very angry when things don't turn out as he has planned, can get over excited and has trouble with volume control.

He has also struggled with physical skills, though he is very competitive and want to be the best at everything.

He and his mum live with me and we both have lots of experience with children. Mum is a children's nurse, I am a retired special needs teacher.

He needs to be constantly 'managed' and can be exhausting but so do lots of children. He is bright and entertaining and I remember my son having difficulty managing his behaviour at this age so I'm sure as he matures emotionally, so will his ability to manage himself.

Some children are easier than others. Enjoy the good bits and try to give him the skills to manage the difficult bits.

When my grandson is struggling we try to nip it in the bud and get him to do something physical (his trampoline is great), take time out and remind him to breath deeply.

Oh and we feed him! His behaviour dips when he is hungry. He has to eat regularly and eats much more than his friends but is a tall and skinny.

Physical pressure helps him too. If we're out, we get him to press hard against a wall and squeeze his hands tight and then release them.

Whether it's connected to the BWS or not, he has to find ways to manage himself and I have no doubt it will come.

My son has the same behavioural issues that you have mentioned. I am wondering the same thing. He is on the awaiting list for the ADHD assessment. Do you mind sharing your psychotherapist contact?

Hi there, we are also now on the list for assessment for adhd. His scores on the questionnaires and school assessment indicate highly likely for adhd. I would recommend waiting for specialist adhd psychological help if you can. My son had play therapy from a psychodynamic perspective which he liked but didn’t change anything. We are at the end of our tether with his hyperactivity and impulsivity and it’s now impacting at school and we are now thinking about medication options once we see the psychiatrist. I do wonder if there is current research monitoring bws with these types of difficulties world wide??

Many thanks for your posting and hope that things improve. Our son used to have temper tantrums until he was about eight or nine. There does not seem to be any specific link between behaviour problems and BWS though I have not seen any specific research into this. I do have an article published in the American Journal of Genetics in 2007 which states "It is likely that the emotional and behavioural difficulties noted in this group (of 87 BWS children) .......... are not directly related to genes in the BWS region." As this is a very old study there may be a case for some further research into behaviour and BWS. Currently I am keen to get a research project into adults with BWS off the ground. Please give us a call on 07889 211000 if it helps to talk.

Hey hun, thank you for sharing your experience. It is really difficult to know whether this challenge Behaviour is linked or not with BWS. I have been researching and the papers don’t really link this to the syndrome. So it might be a coincidence? We also have a physiologist who come every other week to assist us with our son and give us some instrument to manage better. NHS assessment is very long and I am wondering when we will be able to have it.

We are considering in doing the tongue reduction in our son. He is 3 years and half now and they think he would definitely benefit from the surgery. My husband would like to find another specialist to have a second opinion before we decide whether to do or not. How was the pos-operatory for your son? Take care! X

Many thanks for your posting. I guess that you know about the macroglossia service at Great Ormond Street. The contact is Claire Yule and the email address is bws@gosh.nhs.uk

Thanks so much for your quick advice. Yes we currently are under the care of GOSH but would like to have another opinion just to be sure we definitely need a surgery which we would like to avoid if possible.

Understood. Before our son had his tongue reduction we didn't see him accommodate it in his mouth. He had great troubles feeding and used to have sleep apnoea. It all became more serious when he nearly bit right through his tongue when he was walking. It is fair to say that the tongue reduction was life changing for him and I know that procedures have improved a lot over the years. The Great Ormond Street team have a lot of experience. It may be useful to know how the team assess the success of the tongue reduction, if it is needed. There are five criteria: 1. the resting tongue position before and after surgery 2. frequency of tongue protrusion 3. severity of drooling 4. severity of feeding difficulties 5. speech before and after tongue reduction surgery.

characteristics of BWS. Last Monday I found my son (who is 10 months old) unconscious in his cot....

have found that behaviors and emotional needs affect some kids with BWS, but have not really found...

done. His sleep study results were not good. His tongue is obstructing his airway so now he needs a...

I stumbled across BWS a week ago whilst googling Earlobe Creases. My 11 week old has creases in her

Is there an existing Foundation/charity for children with BWS?

child or cant even give any helpful advice for management or just anything to ease your worry and...