My Visit to Audiologist at Pinderfields. - British Tinnitus ...

Went to see Audiologists Fri 25th with a bob cap on, returned without it, no idea where it went lol.

He told me 1 in 8 people have some sort of Tinnitus.

He told me there are two surveys going on at the moment, one looking at magnetism effect on the brain.

He replaced the tubes on my hearing aides, had a 15 min chat about my situation, and how I have not come to terms with the 2 hours after waking up and laying in bed awake with all sorts of things going through my mind.

As usual he asks me if I had any questions or if he could be of help with anything else.

Then he told me that he himself suffered with Tinnitus, I have ordered some Tinnitus badges from BTA, I intend to give him a couple at the next appointment.

My next appointment is 27th January. 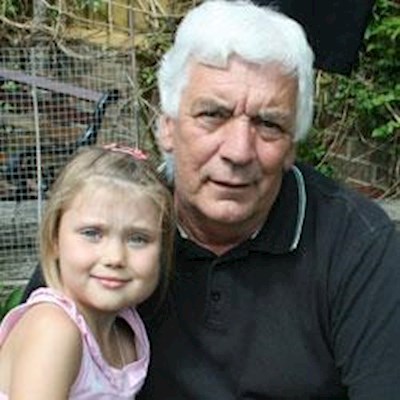 purenostalgia
To view profiles and participate in discussions please or .
33 Replies
•

Hello Mike,That sounds like you’ve had a very satisfactory appointment . Very good. Yes the figures used to be 1 in 10 people suffering tinnitus , then I heard recently that due to the stress of Covid the percentage had gone up . I’m not surprised it’s now 1 in 10 . As long as your happier now you’ve had a good chat that makes you feel more satisfied. I know when I went to Ent it was very disappointing as nobody wanted to talk to me about my distress . Fortunately all the help on here has been an absolute godsend !!!

So true, I am starting to make progress living with Tinnitus, although it has not backed off one bit.

Hope you are doing ok, I understand just what you are going through.

Thank you, yes sometimes I too feel I am making progress and then I get moments during the day when I think. “ I just can’t cope “ then it might go off that thought and I find things to do and forget it. Another time I wonder why I’m feeling so consumed with this full feeling in my head and then I think oh don’t worry about it. I’m feeling very mixed up about it all. I know though, like all of us on here that we just have to make the best of it . 😂 goodnight to you. 😊. My poodles keep me going. 🐩 🐩.

I will look up a couple of old photographs and post them.

The black poodle , I also have a white poodle too

That’s Lulu. She is very headstrong and adventurous.

I’ve sent the white one . He is called Teddy and is much quieter. DoYou have any pets now?

They are both lovely dogs, no I don't have a dog now.

This is the lazy one and very loving.

Glad it went pretty well. It sounds like they've been considerate and not too rushed an appointment.

I had a bad built up of tinnitus two nights running and took half a 15mg cinnarzine tablet which calmed it down the next day for most of the day...

Tonight it has built up again but the tablet gives me a bit of respite. I don't like taking it all the time as I feel groggy with it. (Brand name Sturgeron, travel sickness tablet) Dont know if you've tried it?

Right now I've got two-tones droning constantly but I'm trying to ignore it. Well at least this T lark makes us more considerate people...Like rabbits65 with their poodles 🐩 my cat 🐈 keeps me going.

That is a shame about your cap! Take care, Lindsay.

I decided to refuse any medication(which non has been suggested) I was offered counselling if I ever needed it but I hope to beat this Tinnitus by myself, but who knows what the future holds.Sometimes animals can read our moods better than we can.

Good for you, Mike. I'm trying to use ear medication sparingly as I don't like the side effects - and eat a bit more healthily. Yes animals are pretty tuned in to our feelings.

Hi Mike, glad it went well. Re counseling, when I first got T I found CBT counseling really helpful as helped me look at how I 'felt' about my T and eventually was part of the plan that helped me reframe how I thought about my T which helped me desensitize the fight/flight reaction I was having to my T. Keep up the good work

rabbits65 in reply to Fuzzywuzzywasawoman

This Cinnarzine tablet you mention sounds good . How did you discover it helped your T . .

Fuzzywuzzywasawoman in reply to rabbits65

Hi I got it prescribed by GP for inner ear pressure and sickness/dizziness and just recently realised it calmed the tinnitus down too. I usually take it if I feel sick but will try it if T gets louder. It is quiet today.

rabbits65 in reply to Fuzzywuzzywasawoman

Thank you . I doubt I can buy it over the counter though. I will keep a note of it just in case I get some from the gp 😃

Great update but not about your bob cap, which my be in lost property?If you have your next within a couple of months then it looks like they are looking after you.

Hopefully you’ll get it back!

Always losing them Graham, that is why I purchase them from the Pound Shop Lol.

Nice work Mike. If I get an audiologist half as good as yours I'll count myself lucky. Great idea to give him a badge too 🙂

I've moved back to Yorkshire this year so Pinderfields is where I've had a couple of appointments so I hope I get to see your Audiologist when I need to go as he sounds better than the previous lot I had, they gave me hearing aids but with no follow up at all and due to other health problems with both myself and my husband I didn't push it. I will have to mention it at my next ENT appointment and see if they can help?

purenostalgia in reply to Yorkie27

It's a small world Yorkie, there were 4 Audiologists on duty Friday, 1 was for children, my Audiologists first name is Wayne.

He has been great with me and shows real concern.

My only problem is getting through to the hearing dept on the telephone.

GP's and audiologists in the rest of the UK must be more clued up about how T can affect people than they are here in NI. In the 10 or so years I've had T, I've never been offered medication/counselling, or had any support groups suggested to me. Even mentioning it each time I have a hearing test doesn't result in any advice. I feel it should be their job to offer help. Not my job to beg for it when they know I am a tinnitus sufferer.

With the posts on here, I am beginning to see how lucky I am to have a knowledgable and understanding Audiologist,

He told there is no support group in my area, there used to be one at Leeds but it discontinued when the person running it became ill.

I did find out there was one support group. Unfortunately as I had no car at the time. And living in a rural area with poor public transport links. It wasn't possible to attend. And with Covid a lot of groups stopped meeting.

Hi Mike. It's great to hear that your visit to the audiologist was a fruitful one. With Tinnitus, it so often isn't. And, it's awesome that you are giving him BTA badges.

About the link between magnesium and Tinnitus, studies have already clearly established a quite probable link. The theory is that magnesium deficiency can affect T in three ways; 1. Leads to an overexcitation of the nervous system. 2. Increases blood pressure. 3. Deprives the ears of natural protection against loud noises.

You can learn more about the link between Mg and T here - tinnitusandyou.com/magnesiu...

During my many hours of research, I came across so many posts at forums where people had a Eureka moment after eating a banana, benefitting from the ample levels of Magnesium in it. Mg obviously won't help everyone with T. But, if you have a rather severe Mg deficiency, I am sure supplementation can be a godsend to at least reduce THI and sometimes even maybe completely resolve the ringing!

purenostalgia in reply to Graz81

Hi GrazI may have misheard him, I thought he said magnetism not magnesium.

Not sure without a blood test I would know if I was low in Magnesium?.

I believe there are signs you can look for, I will have to Google it.

Do you have masking sounds fitted in your hearing aids? If not, then definitely ask your audiologist about that at next appointment. Due to Covid I’ve only been able to request batteries and spare parts like the tubes you got by emailing my regional audiology department. The more local audiology department in a hospital has recently re-opened but are not encouraging ongoing appointments or people turning up solely for spare parts and advice. Good luck in keeping yourself distracted from your tinnitus.

Yes Sid I have two white noise sounds, on Friday there was a hearing aid repair man on duty, but replacing the tubes was easy and done by my audiologist.

That’s good as I find the masking sounds help to distract me from my tinnitus when it’s quiet at home. I have the pink noise in my hearing aids. Yes the fitting and changing of the tubes is fairly easy to do.

WOW I wasn't even aware that you could have noise in your hearing aids, when they gave me mine they were set to somehow amplify the outside noise to try to distract from my inner whooshing, rushing or whatever it was up to but my biggest problem was my husband was rather hard of hearing and had the TV so loud that I was deafened. I've tried again now I'm on my own but the settings just don't seem to help as they are so I always have either the TV or radio on just so there is some noise out there because silence is the worst thing ever.

My hearing aids volume button ratchets between about 6 settings, a bong after each setting and 2 bongs when on the middle setting.

Went to my hearing aid department yesterday and literally broke down (again) in front of my...

What should I be asking my Audiologist

that I have seen the Audiologist 3 times since March, I have another appointment tomorrow have you...

discussed, he has already told me to resist the temptation to wear my hearing aids in bed and to...

Appointment this afternoon thank goodness as my tinnitus has gone crazy, they have suggested a...

Ent told me I have an infection. What does that mean for my tinnitus?

Went to an Ent a few hours ago. He told me I have some sort of infection and prescribed antibiotics.

T has its own behaviour