It’s back with a vengeance - help! - British Tinnitus ...

Hello Lovely People. I’ve had T for over a year and was managing pretty well. I had days when it was almost non existent, low medium and high. I’d learnt to habituate and had got my head around it.

However, recently it’s got loud again and hasn’t stopped in 10 days. My coping mechanisms are wearing down and it’s beginning to feel like starting all over again with this awful condition.

I’m not sure what started it but it could have been any or a combination of the following:

1. Forgetting to use my earplugs at a pop concert. I stuffed them full of tissue.

2. A dementia bus experience - mimics the physical and mental effects of the condition. I told the organisers I had T so they said not to worry as they’d turn the headphones down - these play random disorientating sounds. They tried but it wasn’t entirely successful. I had to pull them off when I heard a loud siren.

So a few questions:

1. Has anyone else had a situation where their T suddenly ramped up/spiked - especially after a long time of managing it?

2. If so did it get better and was that because of anything you did?

Feeling super stressed/depressed as I have so much in at the mo and this is making me shattered. So any help very much and very gratefully appreciated. 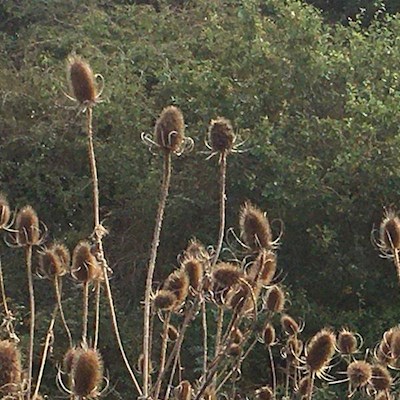 LuverlyLucie
To view profiles and participate in discussions please or .
3 Replies
•

I'm sorry that your tinnitus has spiked, but it's not uncommon. Just try to remember it's called a spike because it will go down.

To help it do that, you might need to "go back to basics" and try the management techniques you used when you first had tinnitus - or even some new ones. And also try not to be too worried about this increase in volume, although of course that's easier said than done.

We have a free tinnitus management e-programme as well takeontinnitus.co.uk which you may like to try.

I hope this is helpful, and we are here to answer any questions you might have, or offer support.

The clues are in your post. Attending a pop concert. Some people believe going to a club, concert etc and wearing noise reducing earplugs will prevent their tinnitus spiking or it becoming worse. This is definitely not the case. If external sound is loud enough, it will pass through your skull/head and be transferred to your inner ear by bone conduction. Even the best earplugs including high-end moulded plugs cannot prevent this from happening if external sound is loud enough.

It is not just high frequency sound that can cause harm. Also, low level bass frequencies which can travel up through the body to the head and auditory system and irritate the cochlea.

PS: Providing white noise generators are used correctly they will not usually make tinnitus worse. I have been using them for 20 years without any problems. The volume should always be kept slightly below the tinnitus. There should be no attempt to mask or cover up the tinnitus.

Are spikes from loud noise permanent?

Someone recently asked me, whether a spike in tinnitus caused by loud noise would be permanent? I don’t think there is a definitive answer, because tinnitus is a complex condition and if hyperacusis is also present it can complicate matters further. Some people habituate to tinnitus but their hyperacusis hasn’t fully cured and this can cause tinnitus to spike.

When a person first develops tinnitus and it was caused by loud noise they have to be careful in future. Tinnitus can and does spike for many people and this is not necessarily caused by loud noise or sounds. After a while it usually returns to baseline or into its normal rhythm.

Danger can present itself after a person habituates and the tinnitus has reduced to mild or moderate levels for most of the time. If one isn’t careful, it can be easy to forget and slip back into the old lifestyle of: listening to music through headphones. Attending clubs, concerts and the cinema where sound levels can be quite high.

I believe a person with tinnitus should attend clubs, concerts and the cinema if they want to, providing they use noise-reducing earplugs to protect themselves. However, one should remember that nothing is one hundred percent safe. My advice is to stay clear of large standing floor speakers and if you’re at a concert don’t go to near the front stage where the music is likely to be booming out at high sound levels.

In many instances people will get a warning when visiting these places. If the decibel levels are too high their tinnitus might spike. Usually the tinnitus will return to baseline. However, some people do not pay attention to these warnings and continue to subject their ears to loud sounds and think they are perfectly safe because they are wearing earplugs. Under these circumstances the tinnitus might spike again and this time it might become permanent. I am saying might because nothing is for certain. In my opinion a person with tinnitus needs to follow the warnings their auditory system and tinnitus is telling them.

My opinion on this is, anyone that has tinnitus that was originally caused by "loud noise" shouldn’t listen to any type of audio through headphones even at low level.

It saddens to say, if a person doesn’t heed the warning signs their auditory system and tinnitus is telling them, then they might regret it, because tinnitus is very unforgiving. It is fine when some people are telling others what they want to hear: "listen to music through headphones because life is for living". “Go to the club as often as possible you’re safe with earplugs.

If your tinnitus increases you will be the one that will be in the suffering.

I have read many posts where people had habituated and the tinnitus is low. They returned to listening to music through headphones and clubbing during the week and weekends. Some are now regretting this because their tinnitus has increased and they are in distress. Just because a person habituates doesn't mean they can forget everything and carry on in some instances recklessly.

You can of course do this but my advice is to do things in moderation and not to excess, because the end result is often returning to ENT for help and visiting tinnitus forums because you are unable to cope.

When I'm over-tired and under stress my resilience towards tinnitus is far less. Also in this very hot weather dehydration doesn't help......................so drink plenty of liquids and try to fit in some relaxation whenever you can.

It’s me versus the monster.

knows when I’m just coping and says to it’s self my move. So it’s back to square one I know it...

Started getting Tinnitus during earwax build up doctor not much help

sore neck with the high pitched squeal. I went back to the nurse and she said I had a little wax...

Can keeping hydrated and The Tinnitus Clinic help?

your help so far. I am a month into this scary condition. I currently have about one good day and...

using an app with rain sounds to help distract me.

I had a telephone consultation with my GP...

So is life over?

My Visit to Audiologist at Pinderfields.

Give me some hope ,please.(that is if there is any)