Confused: Hi all, I am so confused... - British Liver Trust

Hi all, I am so confused. Having had conflicting information from 3 separate medical people, I have lost confidence in them all.

1. Told I have bad NAFLD in May and pre diabetes. Told to see diabetic nurse and loose weight.

2. Diabetic nurse told me I'm not in fact pre diabetic at all.

3. Waited 4 1/2 months for call with hepatology consultant who thought I was diabetic! I told him I'm not. He then said I have cirrhosis and that I'd be monitored for any changes and to continue losing weight.

4. Blood tests for GP as just joined new practice. She said the letter re fibroscan doesn't mention cirrhosis and my lft bloods are all normal.

5. I have an ultrasound next week and phone appointment the following day.

Any comments welcome as I'm feeling anxious to say the least. 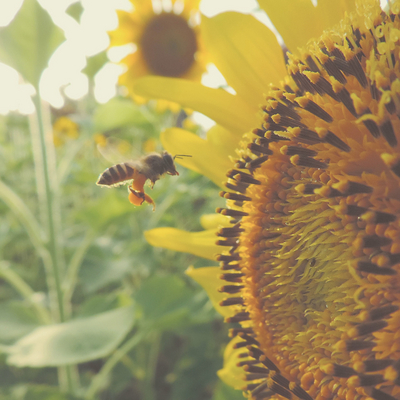 mulebag
To view profiles and participate in discussions please or .
Read more about...
18 Replies
•

I can't offer any advice, but I can offer sympathy.

I am also getting conflicting advice, and have no idea really what's going on.

I have bought a file and begun to keep any paperwork so I can refer back to it, if necessary.

The last time was when my gp told me my blood results were fine. I had them to hand, and was able to tell him that they weren't.

Thanks. It certainly is very worrying isn't it. I'm just not sure what or who to believe🙄 the initial diagnosis was from having a fibroscan. Not sure what having an ultrasound next week will tell us as the last one was several years ago which showed that I had a fatty liver.

I have been two years going back and forth to the docs, telling him I really don't feel well, spent a week in hospital with a suspected stroke, and was told it was stress. It was only after I came home, still feeling not well, and threw up blood that I was told I had a scarred liver.

It had shown up on a a scan I had in hospital, but nobody had told me!

It's too much to try and unravel, sometimes, isn't it?

The liver seems to be a complicated thing in itself, just to add to the confusion.

It does seem as if there are some very knowledgable people on here, though.

Hopefully someone will be able to set you in the right direction.

😔 sorry you're having similar problems getting answers. Hope you get to the bottom of your illness soon.

Oh I had that. I went for a scan about ten years ago and she mentioned a fatty liver, then said "did you know your gallbladder is full of stones?" After that it was all systems go to get the gallbladder removed and the fatty liver just forgotten (by me as well, no shaming here). It was only when I was told recently after a blood test that I had it that I remembered. Suffice to say it was a bit worse than before (fibrosis)

vulnerable in reply to MissThing

Yes excellent idea. I have experience same over time.

I hope you do, too! Perhaps the scan you have coming up will shed some light for you.

I'll follow this thread if I can work out how, and see how you get on.

I'll do the same for you too. Good luck 🤞

Sounds ‘confusing’ and that doesn’t help you…Try to speak to Gp first (good luck there these days). Then have scan next week and prepare a list of questions for the Consultant next day. Be prepared.

🙏🙏 hope all goes well for you.

mulebag in reply to vulnerable

I certainly will be asking lots of questions this time. I was in shock when first told about cirrhosis over the phone, so when he asked if I had any questions I just said no🙄

mulebag in reply to Bazinga89

I just don't understand how this can and has happened. It's very frightening.

I don't think this is all that uncommon.

I think the reason is that some things just aren't set in stone with this disease (and many others).

It's not like the game of golf (for example) where you can say "I hit the ball in the hole in six attempts, okay, all clear, 6 strokes for me in hole number whatever".

Many diseases are more like figure skating, they are judgement calls.

A hard and fast disease is a broken bone. Look at an xray, yep, it's broken allright.

Liver (and many others) seem to be more "judgement call" diseases. Where does good end, medium start and then bad begin? What is a high number for a certain blood test? Is a tiny bit over a very bad sign, or could it go down to normal levels if I drink a glass of water the next time before the test? What exactly is fatigue? A bit of tiredness now and then or exhaustion all the time? How dark does your pee have to be to be called dark? On the MRI's and CT and Ultrasound scans there is great variance it seems. One expert sees f1-f2 fibrosis one other (just as competent) sees f3-f4. It's a bit like modern art it seems.

I think this is just the way it is (frustrating!) but at least a small amount of comfort is that many other maladies have exactly the same issues. Where does common old age "where did I put my car keys" forgetfulness end and dementia begin for example? It's not just a liver thing, that is my point. Perhaps that is a bit of comfort for you. Like I said before, think of this as "modern art" where people can see "the whole picture" differently .

Hi Mulebag, I'm sorry you have had such a confusing time - hopefully at your next appointment, your specialist shall be able to clarify your staging of liver disease. Your ultrasound shall help with this as it can help to identify any changes since your previous one and also looks at the organs around the liver and the blood flow into the liver. I'll attach our 'Questions to ask your Specialist' link - you may find it useful before your appointment.

mulebag in reply to Trust10

Medicine is an art based on science and is open to interpretation like anything. That’s my conclusion anyway...🤔🤔

Hi,know exactly how you feel,I lost trust when I was 36, pains in chest ! Saw gp,said indigestion, same evening I suffered a heart attack,that was 18 years ago,I was admitted last march with upper GI bleeds,and told I failed to mention I had cirrhosis,which I never had,only to discover it was some one else's notes he'd read,! He has since said I have a severe chronic liver disease with 1-5 years to live,won't listen to the fact and research that I'd been on aspirin for 17 years without PPI meds to stop erosion of oesophagus,since I can't believe what I have been told,said ive got gall stones,which he failed to tell me last year,a DNAR wich I didn't consent too,I have battled my corner and now the trust board will hear my story,I'm in no denial that I drank for 3 years through rough divorce,through the gp ignoring the fact that I was severely depressed and suicidal at times,he never gave me help,nor did the NHS,whom said I was depressed because of alcohol and when I'd stop they would help,I've been off alcohol 3 years In January, I've turned my life around alone,and to be honest feel OK,one last thing,he gave me carvidilol after bleeds which was to slow portel hypertension,never had it,so was left with heart medication that was making me worse as my left venteical was limited at 36 and stopping my usual meds made life a misery, all sorted now, and he refuses a second opinion,think it could be doubt,sorry for long text ,just so angry,( I won't let them hide behind the covid blanket when my life was at risk,

Update on my confusion:::I'm STILL CONFUSED🙄

1. Told I have bad NAFLD in May and pre diabetes. Told to see diabetic nurse and loose weight.

2. Diabetic nurse told me I'm not in fact pre diabetic at all.

3. Waited 4 1/2 months for call with hepatology consultant who thought I was diabetic! I told him I'm not. He then said I have cirrhosis and that I'd be monitored for any changes and to continue losing weight.

4. Blood tests for GP as just joined new practice. She said the letter re fibroscan doesn't mention cirrhosis and my lft bloods are all normal

After already having had these conflicting diagnosis, I now have a new one🤨

My ultrasound scan last week showed no signs at all of cirrhosis, just fatty liver. Portal vein and blood flow is fine and my spleen is also good. Radiographer said if there was cirrhosis it would definitely show up on the scan.

My next scheduled phone consultation with hepatologist is not until November 2022🤨. So now what I ask myself 🤔

clotting and LFT done. LFT 'slightly raised' everything else normal. I told my GP about the...

and a 28%. Was told the consultant will probably want me to have a liver biopsy. Left all confused...

asked his doctor if he could have cirrisos and she said no he didnt have that. She did no other...

I'm a 21 year old, type 2 diabetic, have under active thyroid and slightly overweight.

Spoke to another doctor today and he said I should never have been prescribed Pantoprazole but...