My partner who was diagnosed with decomposed liver in March has taken to smoking cannabis does anyone know if this is safe ? Or can this cause further damage. I guess it’s substituting one bad thing fir another but it’s keeping off I hope it’s keeping him off the drink We had his bloods back a week and doc says his liver is slowly improving so I’m hopeful he’s not lying and is completely off the drink. Still waiting results from ultrasound for his liver so we are nervous about that. He’s on anti depressants but lately has no appetite doc can’t prescribe anything for that but he’s looking really skinny any advise would be appreciated thanks 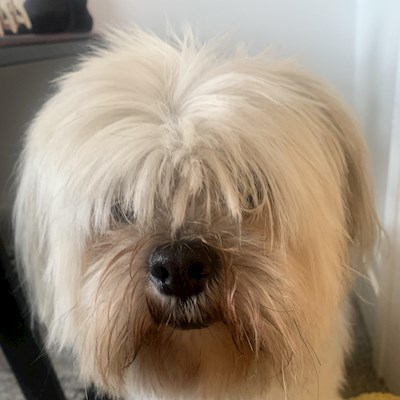 Shell2202
To view profiles and participate in discussions please or .
Read more about...
23 Replies
•

😱 no definately not. It's another toxin which will seriously further damage the liver.

I hope so too. All the best

Laura is right Michelle, all toxic substances need to be avoided.

Another aspect that should be considered is that I presume your partner smokes tobacco as well as cannabis. If this is the case and at some point down the line, he was to require a liver transplant, then smoking tobacco and cannabis may well exclude them from being accepted onto the liver transplant waiting list.

If a person smokes, it's time to stop. Ideally, they should quit at least six months before the transplant assessment. Smoking increases the risk of strokes, heart and lung problems, and hernias in transplant patients. Giving up cigarettes will help prevent problems during the transplant surgery and maintain their health after the transplant.

Furthermore, it will show the transplant panel just how much they value and respect their body and are worthy of this second chance of life.

Shell2202 in reply to Richard-Allen

Thank you for that it makes sense really I guess he’s struggling he has been drinking since 13 he’s now 39. I will be showing him these replies and hope he listens

There has been research that suggests that marijuana / cannabis is helpful in many different illnesses and conditions.

Cannabis is legal for personal and medicinal use in a few countries but not the UK.

"Cannabis is a psychoactive drug. It can aid relaxation (though may also induce anxiety and paranoia). It is linked to untoward effects on motivation and judgement. It is also linked to the “gateway theory”, where people who start using this drug may move onto other harmful drugs. There are some clinical reports of direct effects on the liver. As such, the use of cannabis is actively discouraged."

Can your partner contact his liver specialist for assessment, especially if he is loosing weight?

One thing being better than a really bad thing doesn't make it a good thing - even if it really was putting an end to his drinking. Whilst there is some evidence that cannabinoids have anti inflammatory even antifibrotic qualities (endogenous cannabinoids are naturally produced by our bodies) there is also evidence of smoked cannabis aggravating liver injury. Obviously anything burnt and inhaled is also going to be really rough on his lungs and it's a mistake to see any of our vital organs in isolation.

Studies into it's therapeutic effects use carefully produced and standardised pharmaceutical cannabinoids, smoking the stuff as Laura says, is just consuming another toxin for the liver to deal with, it may even negatively impact blood pressure and clotting time too.

So sorry you find yourself worrying about these things further... I really hope for both of you his drinking is a thing of the past.

Hi Shell, I haven’t posted on here before but as you mentioned his age- my partner is 38 and recently diagnosed with a decompensated liver. He’s considering cannabis so I will also show him this thread.It’s the young age that its happening to them is so upsetting.

Trust1Administrator in reply to Billie246

Billie246 in reply to Trust1

Thank you for this, there are some things that I wonder about but can’t get answers to. This forum has been a massive help for the last four week. Please keep it going xx

Hi billie sorry to hear that. It’s really hard on us as partners too and yes it’s way too young to have this awful and scary disease what advise has your partner been given by the docs? has he stopped the drink ?

If he needs a transplant he will remain disqualified until all cannabis smoking stops. That is a major deal-breaker.

another point to consider is the Transplant Assessment (aka boot camp as I called it). If required, you have to be assessed physically and one of the tests is lung capacity/function (Pulmonary function test to measure your lung capacity. You will be asked to breathe into a machine and blood will be drawn to determine how well oxygen is being absorbed from your lungs.) This involved cycling and treadmill walking and jogging and it is tough test, I have never smoked ( alcohol habit was enough) but I am sure smoking may impact lung capacity/function.

Shell2202 in reply to PoppyPiper

It's fair to assume he often had a joint in one hand and a pint in the other so giving up one will probably not be an option. Numbing his senses with weed will greatly reduce his ability to fight off the cravings for booze.

Alcoholic/drug addict, weed use etc are all connected.

ALL only give him problems when he is not using them!

Hope you understand the next few words.

Alcoholism is a sober disease.

He feels normal when he has had a drink or a puff.

The problem times are when he is sober, somethings got to change in his sober life to stop the "need" for mind altering substances.

He must sort out the sober time problems before he can truly say he has a chance to leave drink behind him.

Thanks Roy he smoked weed for years and give it up completely 6 years ago. This is when the drinking became heavier and out of control then when he was told his liver was decompensated and he had 2 years to live he went to rehab for 4 week. When he first came out drink free he was really positive at first then he said he needed something to relax him on a night he has a stressful job and took up the weed again which has now become heavier .

4 weeks rehab is not a long time, does he have ongoing support from the rehab centre?The rehab would have suggested AA and would have arranged a case worker to help him move forward.

Discuss his options regarding his stressful job, no job is worth dying for!

I had to give up work for a long time while quiting booze.

Stress or any other triggers that he says causes him to drink/smoke are only excuses.

NONE of them are the reason he does it.

Look up a CGL group near you or a Smart Recovery group.

I have read that thc and cannabis can be beneficial to the liver as it has an affect of preventing swelling. I have done some research. But he should run it by his dr. Medical marijuana not something off the street has this effect. But don’t take my word for it until talking to a dr

Speak to your dr., consultants etc. do not take advice on cannabis use from people that have not gone through this specific situation themselves.

know he drinks every time I go out. I just don’t have the energy to confront him anymore it’s so...

had a biopsy and my liver was between stage 2 and 3 of liver disease. I went through treatment 5...

I do not have a diagnosis if any liver disease and I no longer...

privately as I could see that his health was fast deteriorating. He was drinking the large litre...

how someone feels with liver disease. There not having the symptoms. No docs understand. It's so...