Cirrhosis?: Hello all, I wrote in a few... - British Liver Trust

Hello all, I wrote in a few months ago about my friend with a diagnosis of HE and “normal” values. the diagnosis of HE was identified after a drinking binge (July). Fast forward 4 months and the drinking Has continued at an extreme length. The doctor wants to do more tests, as the liver values are high and there is swelling of the liver. The person in question is 60 and they have been drinking heavily for 40+ years (all hard liquor, a fifth of liquor straight). The HE symptoms seem to exist daily, confusion and depression and mood swings. The doctor told him in July that if he kept drinking he would die. He has not yet had any further tests and he is being difficult to go in. Any tips on how to get him to change his mind? My friend told me that if the liver is enlarged then it isn’t cirrhosis - does that make sense? 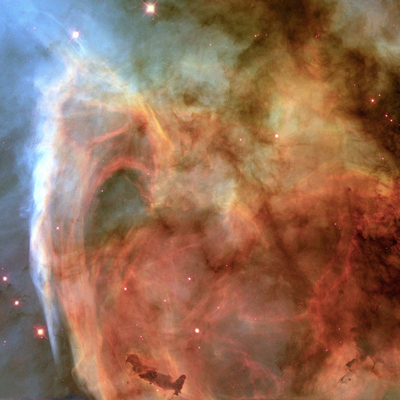 Runnergirl1955
To view profiles and participate in discussions please or .
Read more about...
25 Replies
•

Road to no town. Your description does not sound promising. There can be other conditions that inflame the liver and the consumption of alcohol will not necessarily cause it in everyone.

I had taken a fare amount of alcohol over a similar period and have been fortunate enough to have ended up with mild? Cirrhosis with no severe symptoms as yet. Liver was stiff not inflamed, no pain,. HE or other major issues to-date. However I still have a permanent condition to maintain.

He's in denial & HE sufferers will confirm that HE definitely won't help. I'll allow them to clarify how to go about changing his mind.

Runnergirl1955 in reply to

Thank you. Do inflamed livers tend to mean cirrhosis? From what I read and from what I have been told, HE is a bad sign. The 6 month to 2 year prognosis I read online is terrifying.

in reply to Runnergirl1955

Don't Dr Google it told me I'd 1-3 max. HE - can be a symptom of liver damage but inflammation alone is not a marker for cirrhosis, As I mentioned I had no inflammation or other serious symptoms, that's how it sneaks up on some of us. The only definitive way is via tests bloods, scans depending on the results.

Surely he's being treated for HE. I'm not able to elaborate not having experience. It's serious sh1t not to be ignored no matter where he lives.

briccolone in reply to Runnergirl1955

Liver inflammation doesn't necessarily mean cirrhosis but your friend almost certainly has alcoholic hepatitis and as the others say only one course of action and that's to stop drinking. Drinking heavily with hepatitis is like playing Russian roulette. If he stops drinking the inflammation should go down eventually but he will have to stay sober. Sounds like he doesn't want to. Good luck with it.

Hi. I'm sorry to say with the symptoms he has, to still be drinking to that degree after 40 years and to be told by his doctor if he carries on he will die, he will. My husband was told the same, he ignored the doc, carried on drinking and died aged 54. Sadly until your friend accepts and admits he has a problem and wants to seek help to stop drinking, there is nothing that can be done other than be treated for his symptoms. He should be on lactulose for the HE.

in reply to Laura009

Runnergirl, my husband died too at the age of 56! He must STOP drinking or else the same could happen. Take care of your self in the meantime

Hope your ok Laura as you've been very quiet of late! X

Laura009 in reply to

Busy busy busy ! Everybody needs their curtains by Christmas or the world will end !

in reply to Laura009

I bet your sewing machine's going at 200 miles per hour Laura! I used to make my own too , still do now at then !

So you keep saying hahahahaha 👍👍

Tbh ofeck Trish is getting fed up with me (in the nicest possible way of course!) correcting her so I let her off sometimes- but not for long 😀

Can’t talk about the alcohol side, others here already have, but have experienced HE. It is not nice. Very confusing, and yes, frightening. I had lots of vomiting to go with it, and when having an episode was not conscious of my event or surroundings. Believe at one stage I literally wasn’t conscious!!

As Laura said lactulose is the given treatment. It is a laxative which will help the toxins leave the body!! It is an indication of a decompensated liver, and at latter stages if allowed to continue !!!

ThreeSmiles in reply to Huggy7614

Being unconscious is unfortunately not that unusual - or at least to all intents and purposes you are unconscious even if not strictly to the medical definition...... boo hoo. I used to laugh in the face of HE until I found out what it was doing to my brain - Cerebrovascular disease or at least that’s they found when I had an MRI brain scan. boo hoo again 👎

Huggy7614 in reply to ThreeSmiles

It’s really quite weird, and a wee bit morbid, I keep asking my other half to tell me what was happening, what I was doing while I had one particular ‘event’!! It’s a bit like it was an important part of my life that I have no recollection of, and feel I missed out!!! She says it’s better I don’t know about it - and then tells me!!! I reckon I’m just weird!!

You have most definitely been through the mill haven’t you!!

ThreeSmiles in reply to Huggy7614

My daughter and wife don’t tell me until it comes out months and months later bit by bit. One funny was when daughter waltzed into our bedroom (she’s 40 and it is sort of her house but I mean!! ...) when I was getting changed - i.e. nowt on - 😀 - and I said Excuse me (as one does 😑) and she said what are you worrying about Dad, it’s not as though I haven’t seen it all before during your “times in 🏥” What does one say to that 😀.

Re mill - yes but so many of us on here have - and are still having to - go through it all - excuse Grammar - haven’t we Andy!!!

Hi there runnergirl please show this message to your friend. My husband died at 63 mainly due to cirrhosis-he was in denial for a long time but did eventually give up alcohol but too late. HE episodes came more and more frequently towards the end. It’s a hard message but maybe getting him to plan his funeral might kick him where necessary. Lactulose does help . Very best wishes to you mary

How did your friends doctor actually diagnose the HE, it is a symptom of advanced liver disease? If they are still drinking and have been told that carrying on will kill them, that should be the wake up call to seek help. It would also cause confusion, depression and mood swings.

Further tests are almost certainly required to ascertain the extent of the progression of the illness.

I would advise that your friend returns to the doctors ASAP and along with medical treatment, they should seek help to stop drinking. It is probable that this needs to be done under medical supervision, after such a long time.

On the last point, during most of my time with cirrhosis my liver was enlarged. Indeed, one lobe quite markedly so to make up for the shrivelled up other lobe. So, to say that with cirrhosis the liver wouldn't be enlarged couldn't be further from the truth.

There is a limit to what you can do - you are providing support and encouragement but at the end of the day the only person who can make the change is your friend. This must be very frustrating for you.

You get support good support from your fellow forum users, it is important that you do not neglect your own needs when trying to help someone else.

Hi my husband was exactly the same even 5 days in icu last year with bleeding varices didn’t stop him drinking! After another episode this year he has now been off the alcohol for 4 months but in all honesty it’s too late he has decompensated cirrhosis HE. Neuropathy arterial disease. Diabetes has been complicated by the alcohol and now on insulin 4 times daily if people could see the damage alcohol causes they wouldnt over indulge but sadly people who drink are in constant denial! I really hope you can get him off the alcohol for your sake. I feel now although my husband is ill at least we have some Quality time as opposed to living with someone in a constant drunken stupor. The HE makes things worse as they don’t have any comprehension of what they are doing or how it affects others! Is he not on Rifaximin and lactoluse? Take care and big hugs xx

Update- I saw my friend yesterday. It appears that he has slight jaundice. Not sure how to best explain as it’s a light yellow, not bright yellow as I see online. He started going to AA and hasn’t drank in a week (that’s a step for him). He ate a lot yesterday (US thanksgiving) and seemed fine mentally and in good spirits. We had a long talk and he told me that he has been drinking a lot (which of course I knew) and his hangovers are becoming worse and he throws up violently when he drinks. He got fired from his job 2 weeks ago. I found out that in July when he went to the ER, the doctors wanted to admit him and give him 14 bags of fluid but he refused. The doctor told the person he was with that “he doesn’t know definitely without testing, but no one gets HE without cirrhosis and the way in which the body acts after ingesting alcohol was indicative of cirrhosis”. My friend told me that he will go to the doctor in January after he is sober for a month - he told me there is no point in continuing to go if he cannot stay sober, because all the test values with be skewed due to high alcohol consumption. If he stops drinking, is there any hope for his health?

Yes of course there's hope if he takes alcohol out of the equasion. It has already obviously severely damaged his liver, he should be prescribed lactulose for the HE immediately and needs to take the councelling seriously to get him off the booze urgently. Forget waiting til January. He is very ill and if he continues drinking the way he is he is going to die a premature death..... another sad statistic of this filthy rotten poison. He needs major help NOW .... please make him see sense.

drinker. Last year he was told to stop as blood tests had shown his liver was compromised. He was in

best option for me. I stopped drinking 9 months before my diagnosis.

with cirrhosis after attending a fibroscan she was told if she drank she will be dead in 12 months....

has never sent me to see liver specialist because he says my liver function tests are ok.can anyone...