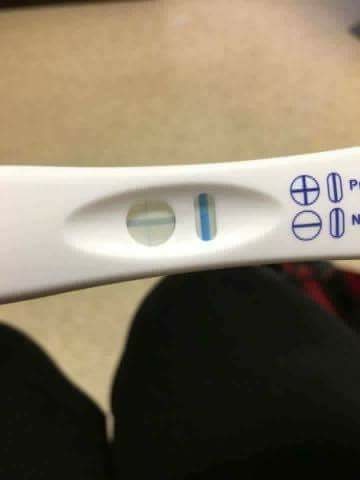 i had a period june 28th

On July 26th the day I was supposed to start my period at 2:30 am so (July 27th) I went to the restroom and when I wiped I had brown blood nothing in my panties though, it lasted 3 days and it was very light I wore one pad in the day and one at night on the day I stopped spotting it was still dark brown in my panty liner but like pink when I wiped. I thought I was having implantation bleeding so I took a pregnancy test and I got a faint positive ill post picture below then I a urine pregnancy test at my Drs office and it was negative last time I tested was last week but it was also negative I've never had a period like that no changes to my diet no stress NOTHING

illmow12
To view profiles and participate in discussions please or .
Read more about...
5 Replies
•

the pregnancy test you have posted looks like a positive, is this the most recent test you have done? brown blood is old blood and your experience sounds exactly like mine, im now nearly 17 weeks pregnant, I would suggest wait a few more days and test again using the first urine of the day

A pregnancy test is usually accurate 3 weeks after last sex, or in your case when a period lighter, late or shorter than usual. It would be best to wait a few days and repeat the test. Use an early morning pee, and if it's still negative I would see your GP again. To work out dates etc.

Hi. I think that looks like a positive. I know the line is very faint but I took several tests with the faintest of lines and I found out that in fact any line showing like that is usually a positive as very rare to get a false one.

April (15 days after having sex)I had light spotting, really light pink, when wiping too. I had...

on my 7 day break now and had spotting like period on day 3 and have bled a little more on day 4...

due my periods for another two weeks, but yesterday iv had light brown spotting and this had...

weeks late. My period was due around the 15th and tested on the 18th and got a negative test, I'm...

another test & it was negative. Did another test that evening & another faint positive. Ive done 4...