To clarify a bit the question: I have been browsing the quit smoking Facebook groups and noticed some patterns:

1. they try to use another substance to quit nicotine

2. they try to use another type of smoking with less negative consequences than usual cigarettes

3. they don't do any research

4. they give each other advices that are profoundly false

And probably the most important thing, they utterly ignore the fact that addiction is mostly a psychological problem and is cured by using psychology.

To my shock, even patients with COPD, scared and staring death in the face do not want to use a program to help them quit.

How is this possible? I really do not understand how people try everything to quit smoking, except what actually is proven scientifically that works.

Do you know somebody like this, can you provide some input? What would it take to educate people to use psychology to quit smoking? 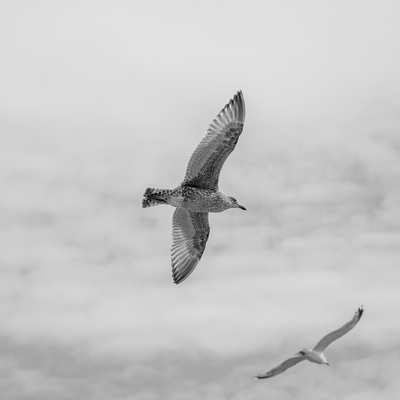 Donny_B
To view profiles and participate in discussions please or .
18 Replies
•

When somebody tells me they are going to stop smoking, my answer usually is you will only stop if you really want to and without the help of vapesand most other things. I agree with you it's a phycological thing. Have a good day and take care 😊 Bernadette and Jack 🐕 xxxxxx

I'm sorry but I don't see the point of your question.

This is a site for those suffering from lung disease. Do you?

People use all manner of ways to give up smoking, all of which are scientifically proven to work so there isn't just ONE correct way .

Most people need more than one try to give up completely.

We are all individual personalities living under different circumstances, therefore some people find it much harder than others.Given how you make it sound so simple I assume you are lucky enough to have never suffered from addiction?

If there was more support instead of making people feel like any related illness is their fault and they don't deserve any help , then people may feel more positive about trying.

Similarly, if the medical profession could be bothered to explain the condition properly and not leave people to read false information on the net , people may feel more positive about trying. How many other conditions are people told '' Yes you have (insert illness) , bye bye , next patient please'' by their GP ( if they even bother to tell them at all that is) and kicked out of the office to fend for themselves? Extremely common with lung disease unfortunately.

Plenty of people don't feel the need to give up because only a small percentage of smokers end up with lung disease (and they STILL say smoking is the reason) and human nature is to keep on keeping on. '' There by the grace of god go I '' in my opinion.

Perhaps try encouraging people instead of picking holes in other peoples struggles? Unless of course your reasons for being here are for a different reason other than a general interest?

Albertdog in reply to Hoobs

Well said Sir... at 85 years old and started smoking at 13 when I left school to work down the pit. Every miner smoked to help remove the coal dust from the lungs - which could cause another serious lung problem pneumoconiosis- which incidentally saw my father off at some 80 years old.Some miners chewed tobacco to trap the dust - again further problem - mouth cancer.

Unfortunately none of these were fully understood before the days of the NHS - even as late as 20 years ago it is surprising how many doctors and nurses smoked.

I finally stopped some 20 years ago after 50/60 years. Unfortunately it has taken up to now 72 years after starting. Apparently I have carbon retention probably caused by smoking....or....!?

hypercat54 in reply to Hoobs

It's up to people individually to CHOOSE for themselves if, when and HOW theyre going to stop smoking

I eventually gave up after many futile attempts, because I didn't really want to, till the last time when I used clear patches. It wasn't will power because if I had that I would be two stone lighter. x

Its not that they dont want to quit smoking its a case of its damn hard to givIe up the weed. I presume you are a non smoker from your comments. Over the years I tried everything to try to quit but to no avail. After 50 years and more I realised I was pushing my luck and gave up in an instant but could not have done it without the vape. Giving up a habit of a lifetime is not easy, if it was just a case of psycology I wonder how many obese people would give up cakes, chips and chocolate ???????? And then eat a healthy diet! We all know whats good for us but life is not that simple. I was just not ready to push up daisies, hence my name daisytime and 3 yrs of being a non smoker.

I gave up smoking Cold Turkey in the ‘80s after the Dr told me it would kill me having COPDThere was no help then. Many older smoker blame themselves for their addiction, this is not totally true .Peer pressure ,social acceptance, massive clever phycological persuasion from tobacco companies played a major part in their addiction. I’m told that’s it’s easier to kick heroin than tobacco for some smoker. Smokers who wish to give up need support lots of encouragement and to be free of tress. I belong to such a group as the author referred

and this is what we do, support smoker after they cease smoking.

Smoking is both a physical and psychological addiction. I have never been asked why I started smoking (not due to normal peer pressure or social expectations) and found the course I begun useless in terms of giving up smoking - if anything - it made me feel rebellious.I was told, at a later date, the lady I'd seen was new to the job and inexperienced.

I cold not see the point in having to get a bus to go to a cold miserable venue for 5 minutes to get alternative drugs to give up smoking, when it could have been done over the phone.

I am a Mental Health Professional having clinically managed Nurses and Psychologists where part of our remit was with addictions. I also was a cigarette addict for many years. I grew up during a period where all the stars of rock music and cinema were smokers. The positive image of smoking was ever pervasive in my childhood.

I do not smoke now thanks to the NHS programme for smokers. I was in the patient research group (Maudsley Hospital) in 1994 that introduced NRT to the public making it available on prescription.

There are many defeating views and prejudices against smokers who struggle daily with their addiction and the health consequences. Give positive help rather than be critical.

I have stopped smoking for many years with the help of a small book by Alan Carr-How to Quit smoking.

Because they are addicted.

I started work in my teens, in a factory, but in the offices. There were cigarette machines everywhere, almost in each office, and certainly in each corridor, along with machines that sold bars of chocolate. I am now in my mid 70’s, and gave up smoking in my late 50’s, strangely enough at the same age my granddad did. There was no information at all in those days that cigarettes were harmful. They were even made in the town where I lived. I rather think that it is now that there is the internet, and there is research into so many things, that we are just now beginning to understand that something everyone has enjoyed for years is said to be bad for them. The ONLY thing that eventually MADE (not persuaded) me to give up was a total lack of money. Fortunately my husband was very supportive. I did not even go outside of the house for two or three weeks, and even after that, he came with me to make sure I didn’t buy any. It sounds to me as if you are a lot younger than me (and perhaps so many others on this site) and I feel you simply do NOT understand what it is like to give up such an addictive substance. I am extremely interested in Psychology, though am absolutely sure that the “ingredients” in tobacco are put there by the manufacturers to ensure many millions of repeat sales. So it is a case of wealth, not health.

Most smokers would love to quit but find the addiction too difficult to handle and Im not surprised with all the additives that go into cigarettes. Most are looking for that easy way out, thinking if only I could take a tablet that would stop me wanting one, which is why so many patches, gum, vaping are sold and only work for a minority of people. Addiction to nicotine is very hard to overcome and is a long road to break free from, the yearning doesnt go for months sometimes years. I was lucky to break this habit 12 years ago.

It is a Powerful addiction. And hard to understand for those who never Smoked. I believe that to be successful,whatever substitutes you use, it's best.to stay right away from other Smokers. This could mean parting with some friends but, as Health is paramount to having a good life, this has to be done. Its the Habit that's worse than the Nicotine addiction, to quit. It can take many 'tries' to quit. But, if a person is determined they will succeed.

Why do smokers diagnosed with COPD not quit smoking?

condescending attitude was another positive drawn from this research when using our own experiences...

assist in quitting smoking for someone with COPD? My nan has been hospitalised again due to...

I am so addicted to cigs/nicotine and I am in major crisis. I have received the nicotine patch and...

him 86, today. He started smoking at age 9. He states he is quiting smoking marijuana to help his...

Will FEV1 improve after quitting smoking?

cannot be reversed but reading the affects of quitting smoking improved lung function of up to 30%...