Doctor shortage: I have checked my... - British Lung Foun...

I have checked my local surgery and wage cost details are published as follows, 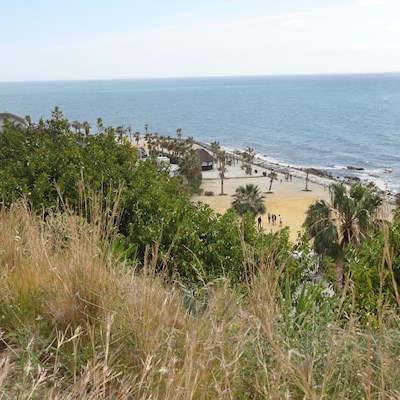 robotman
To view profiles and participate in discussions please or .
Read more about...
35 Replies
•

That is the average which may include several working one or two days per week. It is a fairly meaningless number.

robotman in reply to teenieleek

Hardly meaningless ,part time is what it says it is

teenieleek in reply to robotman

It’s arithmetic. We don’t know how many are part time and how many days each one works plus there is one full time.

robotman in reply to teenieleek

The chances of there being any underpaid GPs around is somewhat remote.

That must be a monthly figure?

robotman in reply to Kristicats

Why are 8 doctors working part time when we are in desperate need of more cover.I have cheked other surgeries in the area and get the same picture.

Kristicats in reply to robotman

Maybe for the same reason anyone else works part time. Plus they can afford to?

In the factories I have worked for - only female workers have the choice of working part time..i.e.: secretarial etc .. the male manufacturing jobs were/are full time or not at all..!! excluding the public sector of course..teachers/NHS/police etc...try finding a job in the private sector where you can earn enough to work part time.

Digger0 in reply to robotman

Perhaps they are female and have children to look after etc!

I think the move to part-time working in GP is clearly related to the fact that it is a female driven occupation. It's also highly pressured and often nowadays not very rewarding because of all the bureaucracy so a lot of GPs prefer to work a limited number of sessions in a practice and do other things.... a lot do hospital work as well in a speciality related to their GP practice. It makes life more interesting for them.

robotman in reply to stones93

Are you sure it has nothing to do with high wages that effect their pension/tax. I hope you are right

Annie31 in reply to stones93

You may have a point there! My surgery has 14 GPs plus 2 Locums, only three of which are gents and they have been there for years! I have had two lady doctors, one of which works part-time and my usual is on maternity leave which probably means she'll also be part-time in the future!

Imagine if they worked nurses or porters hours???

Root and branch review needed, they are grossly overpaid!

I think my Dr works three days a week. We like other surgeries have multiple Drs. Ours joined another practice so we can go to either of them. I think we’ve got like ten or more Drs in our surgeries. I dont blame them for working part time. Five days of the week working especially in the medical circle must be exhausting especially if you can’t help someone and you know the outcome. They have to mentally take this home with them. This is our modern times now. It’s not like it used to be when you had about three Drs in the practice five days a week then seven days if they were on call at the weekend. The thing is that now we have medical help on hand twenty four hours a day seven days a week. I count myself lucky.

Agree the pressure is there BUT £82K for part time work?I repeat, grossly overpaid for GP’s.

I should have studied to be a GP but I’m afraid my little brain wouldn’t be able to cope with all they have to learn. I agree that £82K is a lot of money and I could do a lot with it but they spend a lot of years learning to be a Dr and for a start that’s all years they had no money. When they save someone’s life they are well worth every penny. We have to attract Drs to this country and the only way to do that is with money. Otherwise we would be in a dire situation.

Is a GP worth more than 5 times that of a nurse?Nurses save lives everyday too!

GP’s in the main dish out prescriptions or refer to colleagues for opinions.

Far too many working part time which is having a serious impact on their patients.

I quite agree that nurses are worth a lot more. And I agree Drs should work more hours. They are always saying we need more Drs. Well if they worked more hours we wouldn’t be crying out for more. If I had they’re money though I’d be happy to work part time though.

I saw someone with a really bad asthma attack whilst I was in hospital and about five or six Drs went to her rescue so yes Drs are worth quite a bit.

Don't be blackmailed...as previously pointed out.. why should male doctors carry the load. They can't be blamed for following the female agenda to work as little as possible for the maximum income..,unlike the original work/reward ethics when the profession was covered by males.

Males and females take on the same job when they become Drs. I don’t see where the female thing comes in. If children are involved a man can look after them as well as a female. I was listening to a Dr this morning on TV and she was saying that although they don’t physically go to work weekends and evenings they take they’re work home with them. Men and women Drs do an equal job as far as I’m concerned.

Digger0 in reply to Mrbojangles

This will include the on-costs which when I ran a department in the NHS ran at 20% !

Mrbojangles in reply to Digger0

Their websites clearly state average salary before tax and NI.

Digger0 in reply to Mrbojangles

robotman in reply to Mrbojangles

Can you put a link on for this website . thanks

Mrbojangles in reply to robotman

My son is a GP. A partner in his practice. He now has gone to 3 days a week where he can work more than 40 hours in those 3 days. He is in charge of certain medical issues and also has to sort out the finances and employ staff. He often says how the newly qualified doctors don’t want to work full time and are happy to be locums - they don’t want commitment as they see what it has done to the serving doctors. My son is always stressed now and going to 3 days was to help with that. On his “days off “ he can often be working at home He oversees his students on a day off where he runs courses for them as he can’t do it when at the surgery. I only know about his life as a GP and he is in his early 40s with a young family.

robotman in reply to watergazer

A big thanks to your Son, i wish there were more like him to share the workload

watergazer in reply to robotman

I’m sure thats the general feeling in the medical world. I also know quite a number went to New Zealand /Australia to work x

Annie31 in reply to watergazer

Kudos to him and others like him! I think this is a lot of the problem in that we mainly get to hear about those GPs who are clearly failing their patients and not enough to those who have and do try to cope with everything that has been thrown at them during the last couple of years. Sadly in this country we seem to concentrate on weaknesses and not strengths when in actual fact it should be the other way round. Of course addressing failure needs to be done but we don't seem to be seeing it in many parts of the country. It must surely be harder to be an urban doctor than a rural one, numberwise, I would think is another factor. The GP situation can't be an easy problem to solve because of all the varying factors to be considered.

robotman in reply to Annie31

I think we are in agreement that there are Doctors out there who deserve every penny they get and more . And then theres the rest.

Mavary in reply to watergazer

Definitely a big thanks to your Son and the many more that work to keep us healthy. They have a big responsibility that I’m sure most people couldn’t handle. When I had pneumonia I had the Dr in because I was wobbly on my feet. She said she wanted me in hospital. I didn’t think I was bad enough and thought I had the flu and told her so. Apparently she went home really worried about me.

That is only one example of what they take home with them.

WhenI found out the next day that she was worried I agreed to go in.

They have to have a lot of knowledge and I for one is proud of our NHS and don’t begrudge them anything.

watergazer in reply to Mavary

Yes there are many who are so like your doctor. X

Albertdog in reply to watergazer

My understanding of being a 'partner' in the same for all financial business arrangements- in that the partners of a business share the profits / losses accrued by such partnerships. It was reported of one practice who bought patient lists from other practices to increase their profits on top of their personal wages. These extra profits come from profits on dispensary stock etc: giving of vaccinations etc:Losses always seem to be covered by the government unlike private business losses.

watergazer in reply to Albertdog

the virus at enormous personal cost at the end of the year we will have a no-deal brexit, or...

Hydroxychloroquine Sulfate by the Brompton and have found I have had some benefit from this...

Climate change is here ! How will we deal with this given the shortage of energy supplies?

on just in time imports? I am just so tired of our political leaders right now, they have no...

Just popped by to say highpaw to everyone 🖤🖤