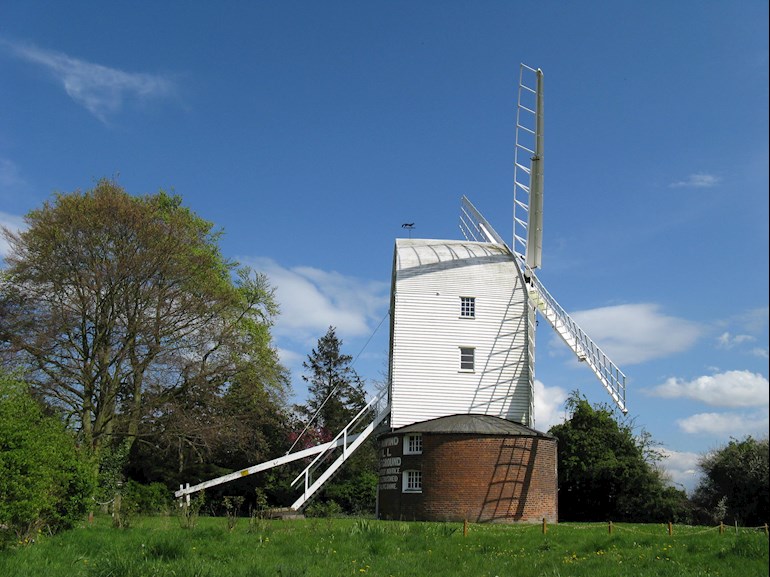 I'm still protesting. Must try to contact admin, but doubt I will manage it.

Here's our lovely windmill, 300 years old this year, held up by one giant oak tree. 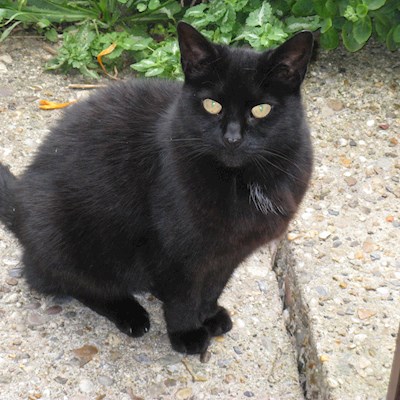 Alberta56
To view profiles and participate in discussions please or .
40 Replies
•

That is beautiful, have a good night and take care 😊 Bernadette and Jack 🐕 xxxxxx

That is stunning Alberta! Do you live in it? In Uk?

Hi peege and CDPO16, the windmill is at Bocking in Essex. I most certainly do not live in it- it would be incredibly drafty. The wind whistles in between the brick bottom bit and the wooden top. We mill buffs do not like house conversions unless the mill has no machinery left inside. I've been involved with the mill for many years, usually trying to get Braintree Council to spend some money on it. Luckily we've got some nice people in charge now. We open it to the public normally- not for the last 2 years of course, but we will be open in October to celebrate the mill's 300th birthday. However, caloo, calay, on Saturday our friendly millwright is bringing 2 nice new sails down and fitting them- one blew off in a storm earlier this year. Makes a nice change to have something good happening.

CDPO16 in reply to Alberta56

Thank you for that information, it

sounds really interesting to be involved with it.

Wow that's so interesting. I do so love windmils, so much history. I used to live not far from the windmill on Wimbledon Common and lately I often see the windmills on Wicken Fen near one of my kids. Of course the fen ones used to move water from one drain to another. Fascinating. Good luck with yours for October and tge new sail. Peege

There's a nice corn mill in Wicken village, restored by some friendly enthusiasts. They open it it the public and make good flour too.

Ah yes, my daughter has pointed out that one to me. On private land I think, you can see the top half as you pass by on the village main street. The pump ones are on National Trust property . On my first visit we were lucky enough to watch one working with the volunteer explaining the system of moving the water. My 3 year old grandson & I were enthralled. It's wonderful that people like you keep them going for posterity. 👏👏👏

Izb1 in reply to peege

Sorry to but in Peege and Alberta, but I watched a programme the other week on the fens and it was fascinating x

Alberta56 in reply to Izb1

You're not butting in, speaking for myself and I'm sure Peege would agree. I used to drive up to the fens pre-covid, not just for windmills but other pumping mills with lovely big steam engines. Only thing wrong with the fens- the roads were full of 90 degree bends. Inconvenient if you happened to see a flock of interesting birds in a field. Husband got quite agitated. 😂😂😂🤣🦅🦢🦆🦆🦢. Splosh!!

Izb1 in reply to Alberta56

😂😂😂 they explained the reason and seasons for doing things like dredging out the sides of the roads and what they grew at certain times of the year. I wouldnt mind watching this again , it was really interesting, but cant find it and cant remember what side it was on, senior moments ha!

When I was 20 I bought an old Morris Minor on tge west side of Cambridge, was avoiding possible police in town centre. I hadn't yet passed my test you see & in order to get back to my digs on the other side of town. I decided to drive north a bit then back down to the east side. On a (thankfully quiet) Fen road. I managed to roll the car over breaking a rear window with my head before landing back in my seat & with 4 wheels embedded in the deep dyke bordering the road. Later when the police went to recover the vehicle they couldn't find it because the ditch was so deep. Family have moved there now so I drive those roads regularly, the great ditches have silted up & now you can just about jump over them. It still gives me the hebeegebees - I've never let on to my kids what a naughty I was. I've had a few near misses on those sharp bends too 🙄

Gladwyn in reply to peege

Glad you lived to tell the tale. Pity about the Morris Minor- daughter loves them. 😂😂😂🚓🚓🚓

Silly-mummy in reply to Alberta56

Hi Alberta I live near the Windmill in Upminster Essex x

Alberta56 in reply to Silly-mummy

A lovely mill. Have they finished restoring it?

Silly-mummy in reply to Alberta56

Yes I believe they havex

Hanne62 in reply to Alberta56

Oh frabjous day 😆We have the Jack and Jill mills at Clayton, near Ditching Beacon. I once had a panic attack in Jill because it was so high and I have vertigo. I had to be guided down with my eyes closed. What an eejit 🤣

Alberta56 in reply to Hanne62

I went there a few years ago, pre lung trouble. It's a fabulous setting- so high up. And there are some mega dedicated volunteers.

Great photo of a lovely windmill. Must have been well cared for to still be looking so good after all those years. I was wondering too if you live in it.

Happy 300 anniversary to your windmill 😎

Thank you for the photo. I've never been to Sweden- amazing what different shapes and sizes windmills take.

HungryHufflepuff in reply to Alberta56

This one is on Öland which is an island that has over 300 windmills. It’s not even that big an island!

Alberta56 in reply to HungryHufflepuff

Awesome. If my daughter finds out she'll be booking a flight to Sweden quick, quick, quick.

Hi Alberta56,we have a windmill in Bembridge just up the road from me,they are stunning 😍

Alberta56 in reply to B0xermad

Hi Boxer, Bembridge was the first windmill I went in. Me and boyfriend, now hubby, walked from Sandown and found it by accident- very romantic. It was so dark inside we couldn't make anything out and the guide book, which I still have, was obviously written by someone who didn't understand mills.😂😂😂 It was a lovely mill in a beautiful setting.

Hi Alberta! There is a windmill in Nutley where my father lives (he lives in Nutley, not the windmill!) It is the last open- trestle post mill in Sussex and apparently the only working one left xx

Alberta56 in reply to leo60

I've been in that one too- I'm a windmill bore.

How did they go about building windmills originally? Where there windmill builders touring the country? Did they have a catalogue of designs? I wouldn't find the subject boring. 🙂x

Hi Don. At one time there were many millwrighting firms all over the country, each with its own idiosyncrasies. I used to wonder whether you chose a design from a catalogue when you wanted a mill built. Er no. It depended how much money the client had to invest and also what materials the millwright could get hold of. Enormous oak trees like the one we're lucky enough to have at Bocking became, not surprisingly, increasingly rare and millwrights had to improvise. Sometimes, if an old mill was taken down, the millwright would recycle bits in a new mill. Sometimes an owner wanted a mill modernised. Only parts of Bocking are 300 years old. It was virtually rebuilt in 1829 to accommodate 2 millstones instead of just one. So happy 300th birthday to bits of Bocking.PS. we still have a cat hole in the back door, originally for mousers to keep the mice down; now sometimes the local mogs use the mill as a social club.

What is that song about little mice with clogs on in an old mill in Amsterdam?!! xx

Totally fascinating, Alberta! I love the histories of old buildings, and how buildings evolved. The Nutley windmill was , I am led to believe, built originally in Kent in the 1600's , moved to Nutley in 1835 and then renovated to working condition in the 1970's. All around the country, for all buildings, what is built very much depended on the materials to hand .The most amazing place I love is the Weald and Downland open air museum which is full of buildings from different eras which have been rescued from various fates like demolition or being submerged by reservoirs and rebuilt on this site near Chichester. I have a friend who built himself a replica of one of the very old domestic buildings there called Bayleaf, using all the old methods. It is beautiful 💕Thank you for your insights

Alberta56 in reply to leo60

Love the photo and all the information about beautiful Mill x

was another protest yesterday with thousands more, this being billed as 'Ravers Protest Against...

COPD and still going on

CHRISTMAS AND A HAPPY HEALTHY NEW YEAR, may 2017 be a very good year for all of us.

I had to retire 3 years ago. It's nice to have good friends

forum about two years ago, so I thought I would update you on what's been going on.

This morning's sunshine in the gorse