Hi all, I have been prescribed Symbicort Turbohaler 200/6 to help control and prevent Asthma symptoms, however I am apprehensive about using it, due to concerns about potential side effects. Have any of you had any experience with this? I have not had a chest infection for months and am worried using this inhaler might bring it on. 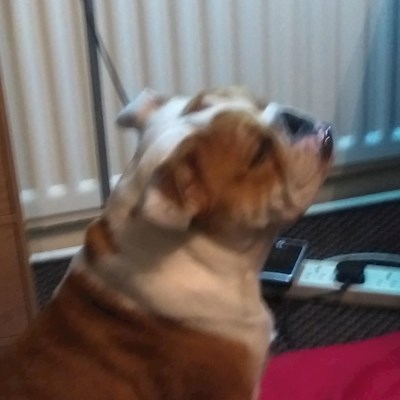 ZM1980
To view profiles and participate in discussions please or .
Read more about...
24 Replies
•

Hi there, I started on symbicort last summer. Since starting it my asthma has been very well controlled. Whereas previously it had been difficult to control I've had no negative side effects at all so far. Everyone responds differently though, all I can suggest is that you give it a try and see how it works for you.

Hi ZM, another thumbs up from me. My husband has been taking symbicort for quite a few years now for his asthma. He's had no side effects that I'm aware of and his asthma is well-controlled. In fact, no sign of it these days.

As Poppins says, we're all different in our responses to the same meds, but hopefully you'll also find it very effective. Definitely worth a try!

Thanks Jabber. Unfortunately I had to stop Symbicort after a few days as it was making my reflux so much worse and made me feel unwell. Will have to discuss this with my GP.

I'm sorry to hear that. As you say, best discuss with your GP. The good thing about asthma treatments now is that there are many more than there used to be. I hope you find one that suits you quickly.

Good morning ZM, I have been using Symbicort turbo inhaler for my Asthma for many years now without any negitive side effects at all. I would recommend trying it to anybody with Asthma following a GP's approval.

A steroid inhaler wouldn’t be able to cause a chest infection any more than using ventolin or another reliever would. My daughter has used symbicort, sometimes at very high doses (12 puffs a day), for about 5 years with no issues at all. As with all steroid inhalers though, make sure to swill your mouth out after taking it and don’t brush your teeth for at least twenty minutes to prevent dental issues and mouth irritation.

I have been using Symbicort for many years without any serious adverse effects. Bearing in mind that this is a steroid inhaler it is important that you wash/gargle after each use. I occasionally get a little bit hoarse and my GP puts this down to the Symbicort but that certainly would not prevent me from using it.

And l must agree with everyone on the Symbicort.If my Salbutamol for

it.Not recommended ??!! But when l have perhaps l have over stretched,

would be the time.

O2Trees in reply to syntax

Symbicort is combination medication - steroids and bronchodilator together. I think what would be helping you would be the LABA (long acting bronchodilator), not the steroid.

syntax in reply to O2Trees

Poppins23 in reply to syntax

Symbicort turbohaler is licensed as a reliever as well as a preventer. I have the option to use it as such if I need to. I usually use my ventalin but if I am having a particularly rough day I do use it as a reliever.

Have been using symbicort for over 5 years. Make sure you rinse mouth out after use. Never had any side affects.

Hi, I've been using symbicort for a good few years now I find it to be a very good inhaler would not like to be without it. X

While like everyone else I would recommend trying Symbicort ZM1980, in the interests of balance, standard side effects can be osteoporosis, glaucoma and diabetes. All in the patient information leaflet.

BUT these may happen after very long term use. Ive used Symbicort since 1986 and the main side effect I experience is bruising and mild osteoporosis, the last one I could have had anyway. And that's after over 40 years use. It's a brilliant drug imo and well worth trying.

syntax in reply to O2Trees

Although not using the ZM1980,I already have the Osteoporosis and Glaucoma

being hereditary, is in the family tree already.My Osteo was put down to over use,

prescribed at Hosp. , as was thin skin and bruising.

thumbs up. i take symbicort 400/12 the stronger of the two and no side affects as far as i know. i have been on it for 3 years now in fact its keeping me alive.

Hi all thanks for your replies. Just an update - I tried the Symbicort last night and this morning, but have not noticed much difference. I still have an almost constant chest tightness on left side (worse on walking uphill), like 'breathing through a straw'. With the steroid component, is it a cumulative effect? I also haven't found separate inhalers effective (eg Salbutamol, Clenil Modulite)

it can take up to 3 weeks to take full effect . don't forget your lungs will be badly inflamed and will require to return to normal or the best they can be anyway. but also the amount of steroid is small so it a gradual fix, not like taking half a dozen steroid tablets and feeling better in hours . i have ACOS so hills are always a problem anyway . Even now when walking as the day wears on i notice a drop in performance the symbicort is taken every 12 hours but i notice a drop off after about 8 hours. Then of course you have outside influences like rain , moisture ,pollution ,hot, cold and general health to add to the mix,. saying that i started on 200/6 but was still suffering for a few months before they change me to 400/12 which really made a difference in stabilizing me. symbicort has sabutamol/ ventolin in it so should last 12 hours also you should only use sabutamol if you really need it or having bad day otherwise you have no back up when you really need it at least that what my consultant told me. . you can check that with your own doctor to be sure .

Pneumonia (COPD patients): Physicians should remain vigilant for the possible development of pneumonia in patients with COPD as the clinical features of pneumonia and exacerbations frequently overlap. Lower respiratory tract infections, including pneumonia, have been reported following the inhaled administration of corticosteroids. Clinical studies and meta-analyses indicate that treatment of COPD with inhaled corticosteroids may lead to an increased risk of pneumonia.

I completely agree every drug has side effects but the original poster was concerned about the potential for increased risk of infection, which can cause additional damage to the lungs, so if that is not a side effect of a specific drug than there is no need to be concerned however for Symbicort it is a potential side effect so the poster can discuss it with their doctor and decide whether a different drug may provide the same benefit without the risk. I just didn’t want the poster left with the wrong impression about the potential side effects of Symbicort.

I’m not arguing or disagreeing with you only pointing out what the information from the manufacturer of the drug says. These aren’t my opinions. Many many people here are on Spiriva but there are a few here that have adverse affects and cannot take it in spite of the vast majority that take it with no problem. There are also people here who take Symbicort and still get infections. There is no way to know whether that infection may have been a result of the Symbicort, so I am not saying don’t take it nor am I against anyone else taking only pointing out the information provided by the maker of the drug. I took it for a while as well and was changed to an inhaler with no steroids as at that time I believe the feeling was that unless your FEV1% of predicted was below 60% a steroid inhaler was not warranted and the potential harm from steroids outweighed the benefit and more recently doctors are being advised to review those on steroid inhalers with even lower lung function to be sure the steroid is actually providing a benefit. Of course if you have Asthma then there are different parameters and recommendations with respect to steroid inhalers.

Again I am not telling anyone to not take it nor am I telling anyone that is taking it to stop taking it and if they are concerned about it to discuss it with their doctor. To some it has been a very beneficial inhaler.

Hi Jackedup, thanks for the link. This is what I was concerned about, as mentioned as a potential side effect is chest infections. I tried using the Symbicort for a few days, but found I had to stop, as it was making my reflux worse (I am already on Ranitidine for this), gave me a sore throat and made me feel generally unwell. Which inhaler did you switch to (from Symbicort)?

Inspiolto Respimat, or if you are in the UK it would be Spiolto. I have bad reflux and I believe it is from the inhaler but it seems most of them list reflux as a side effect.

If you have asthma you may well need the steroid and I don't know that Stiolto is appropriate for asthma either.

Here is the link.

palpitations after using symbicort been on it for a year just started happening past few days didnt...

Just been prescribed Symbicort inhaler as previously was on Beclometasone and Ventolin. Had couple...

I have just read the posts which mention Symbicort and have a question - I take Sprivia, Seretide...

before using\\\" the inhaler if:

Just when you thought it could not get any worse