Twelve months ago I wrote a poem

About my friend the two toed sloth.

When most people see them with loath.

They have one gift that I admire,

And wish I was the same.

It would give me many restful nights

And that would be my aim.

For many times throughout night,

To the bathroom I must go.

But for my friend on his two toes,

That isn't ever so.

The strange thing is this friend of mine,

Has trained himself so he only needs

The bathroom once a week! 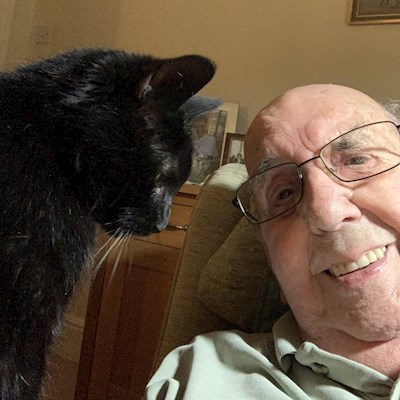 Don-1931
To view profiles and participate in discussions please or .
28 Replies
•

Is that really true Don or are you winding us up ? Sheila x

It’s true, Sheila, as Lizzy has just confirmed. Would I ever wind up? 😇

In short - YES you would Sheila xx

There was a programme on television a few nights ago with a feature on sloths . It seems the only time they come down from their tree is to go to the toilet and that puts them at risk from predators. They seem very gentle creatures and I feel I have something in common in that I move at roughly the same pace 😁

Oh I missed that, what channel was it on Lizzy?

Probably bbc 2 or bbc 4 . I prefer channels without adverts 😊

I’ve just remembered the presener’s name is Liz Bonnin or I think that’s how you spell it . She presents lots of programmes about animals .

Just watched it on iplayer, thanks.

Best not to be around when they eventually go.😷

We used to have sloths in the plaza in Santa cruz,Bolivia,Cecilia's home town but sadly they moved them to the the Parco zoologico,funnily enough because their toileting habits were deemed unsanitary....Funny old world Don xx

Yatzy in reply to skischool

You’ve been about the world a bit, Skis ⛷ Happy times! 💙 🌈☀️ I’ve heard you’re not well. Hope nothing more serious than usual.....and you’re feeling much better soon. We need your fun company on here 😘 love to you and Nurse Scruffy 🍀🍀

skischool in reply to Yatzy

Thank you Penny,how kind of you,the Scruffster will never gain a nursing qualification as she lacks compassion and can barely see over the lip of a can of tuna but she is all i have so i will make do with the fur ball get well card.xx

sassy59 in reply to skischool

Feel better soon Skis. Scruffy cat is trying on her nurses uniform as we speak.

That’s one amazing animal Don. Pete would like to be like him too. Have a good weekend. Xxxx 😘

Brilliant! How great would that be?!! xx Moy

I’ve learned a lot of things about a lot of things since finding this wonderful place but never expected to learn about the toilet habits of sloths! Now how to fit this new found knowledge into everyday conversation 😆

HungryHufflepuff in reply to Don-1931

Well what do you know, I used that exact sentence structure and casually dropped in that interesting fact. The sloth toilet-envy group is slowly but surely growing!

Just one more post required to get that orange sticker. Ooops....there it is. LOL

I have thought that me and Sloths have something in common for sometime now, something to do with the speed of movement, and the cheeky round face. How can anyone not love a Sloth? Just watching them relaxes me. Missed the programme, will be searching IPlayer later. I didn't know about their toilet habits.

I have always wanted to be a sloth.

You could always be slothful, Dan. But of course that wouldn't include the toileting benefits.

This has started the Great Sloth Controversy. When I dropped in the fact about the sloth...

Please help me resolve the Great Sloth Controversy. Is it sloth like moth or sloth like loathe.

But I see I missed the 'e' off loathe in my rhym, just to confused the issue. Loath, which can also be spelt loth, means 'reluctant, unwilling' eg "I was loath to leave". Loathe on the other hand means 'feel hatred or disgust' eg "she loathed him on sight". It is the later which I intended.

I'm glad I cleared that up.

Well I’ve learned two sloth facts today and some finer points of grammar. Not something I would have imagined when I woke up this morning. Thanks for the morale boost Don-Rhymer 👍

eradicated them. 7 My recent sputum sample showed two new pathogens in my lungs which my...

Shadow on lung for two years

what they are suggesting. Would COPD show as a shadow the same size for two year?

Not one donor but TWO!!!

to be given some good news that they have found Two compatible donors one in the UK and one in the...

Worst two days of My Life.

in my left wrist and fingers spent most of the night walking around my town on my own even Indy did...

My Swans. Just these two.

Been through a tough time. (still am!)