I'm fairly new to Bronchiectasis(Bilateral)and would be grateful for any tips to help manage the condition.I find myself full of phlegm and so easily out of breath with things a year ago wouldn't have had any affect whatsoever i.e. walking up a few flights of stairs.Is this what Bronchiectasis does to you and I just have to get used to it? 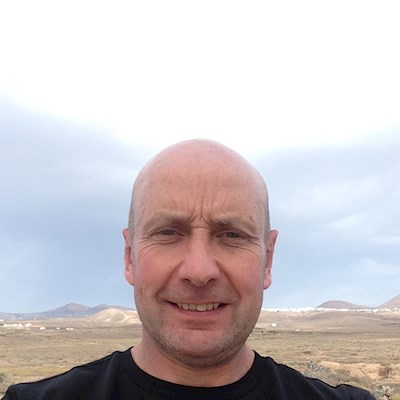 Aitchic1
To view profiles and participate in discussions please or .
Read more about...
10 Replies
•

Do see the next post about bronchiectasis, Aitchic1. Wishing you all the best.

There is lots of information on self management. Take some time out to study as much as you can because you can really make a difference to the progression of the disease.

Get a referral to a specialist consultant. Learn all you can about clearance - this is key to keeping your lungs as healthy and infection free as possible.

Aitchic1 in reply to Bella395

Thanks for your info.I'm becoming more clued up on the subject although there does seem to be a lot of confusion and similarities with COPD and Bronchiectasis.I guess you learn with experience.

Bella395 in reply to Aitchic1

Yes, there may be some overlap but this is a different disease to pure COPD and management has differences. It is particularly problematic when people have mixed disease ie asthma/bronchiectasis because the inflammation also needs to be controlled.

Sometimes we find it difficult to differentiate between respiratory infection and an exacerbation of the asthma. In these cases I always obtain as good a sputum sample as possible and take it to the hospital ASAP. He is not treated with antibiotics until the results have come back.

Clearance is key and he uses different methods ie Flutter valve, Aerosure PEP device, breathing (huffing) technique, nebulized hypertonic and normal saline, Smart Vest. He even takes bronchial balsam when pushed! Everyone has their own favourite technique and it’s important to find those that suit and practise them regularly.

How do you know you have bronchiectasis.....I have mucus all the time but the docs have told me I have asthma.

After years of seeing asthma nurses and explaining something didn't feel right,medication didn't improve breathing etc I just felt I was being ignored so asked to see a specialist.Had a CT scan and he diagnosed me as having bilateral Bronchiectasis.

Bella395 in reply to sagittar

The only way to be sure is to have a CT scan. Bronchiectasis is sometimes associated with long standing, severe asthma. Do ask for a CT scan if you are concerned.

littlepom (the post just before yours) wrote a lot about Bx. What caused it, and how to manage it. You can find his/her post by the his/her's user name, littlepom.

I produce a lot of phlegm every day. I wonder if the following would help you. To clear my lungs of phlegm every morning and before bed. I do Active Cycle of Breathing technique (ACBT) - also known as huffing - which was taught to me by a physiotherapist, to cough it up and then I don't cough during the day or when I lie down. If I don't do ACBT at nighttime my lungs "rattle" and can't lie down.

There is lots on the internet, especially Youtube, teaching Active Cycle of Breathing Technique (ACBT). I was taught by a physiotherapist to do it lying down on each side but it can be done sitting up.

Also you could ask to see a hospital physiotherapist who could assess you to see if you would be suitable for a nebuliser. They are not very expensive to buy. A physiotherapist tested me to see if I am suitable for isotonic 7% salt solution (in individual ampoules) which I put in the nebuliser and which produce ‘steam’ to loosen the mucus and make it easier to cough up. The 7% salt solution is prescribe by my doctor. I do nebulising before the ACBT.

Or you could put your head over a bowl of very hot water with a towel over your head to loosen the mucus which I used to do before I had my nebuliser.

I never go anywhere without a packet of Fisherman's Friend (includes menthol and eucalyptus), as if I do feel the urge to cough I suck one (a very strong taste so takes some getting used to) and the urge usually disappears.

One last thing. My phlegm is white, but I have been told that if it goes yellow or green that may mean I have an infection and I should ask my doctor's receptionist for a little pot, cough in to it (in private!), and the doctor will send it to the local hospital for analysis to know which is the best antibiotic to fight it.

I hope this all helps.

just been diagnosed with Bronchiectasis and was wondering if anyone had any advice for me. I am just

Hi , I am new to this - I have bronchiectasis all I have been given is inhalers , any tip you can...

recently diagnosed with significant right basal bronchiectasis and I am wondering how many people...

last one I had a couple of years ago and he said the area affected in my lungs has spread. That was...