Bronchiectasis : Hi does anyone out... - British Lung Foun...

Hi does anyone out there know a good Bronchiectasis Consultant in Northern Ireland? The respiratory consultant that my daughter is under does not seem to concerned that she has both asthma and bronchiectasis the last time she saw him about 5 months ago he said your lung function is good, stop taking your slo-phylin and take your inhalers (flutaform and sabutamol ) and i will try to see u in a year! She is now on her 3rd round of antibiotics for a chest infection and her GP said if this antibiotic doesn't clear it up then he will write to her respiratory consultant. I think I read on here somewhere (can't find it now) that the only specialist bronchiectasis centre is in the City Hospital in Belfast and was wondering if it would be wise for my daughter to be seen there as the physio (only saw once) told her 3 lobes had bronchiectasis and we want to try and prevent further damage! Thanks in advance for any help! 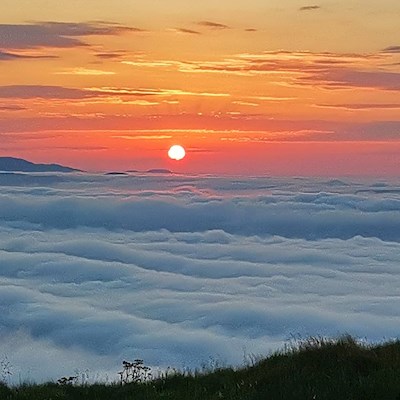 maisie15
To view profiles and participate in discussions please or .
Read more about...
13 Replies
•

How good it is to come across someone as pro-active as you in the face of a general respiratory consultant who is obviously not up to it. I don't live in Ireland but there are a couple of bronchs on here who do Ithink. If I was you I would google both the Belfast hospital and bronchiectasis specialists. They are usually based at large teaching hospitals. Go with your daughter to her GP armed with a name and do not leave until you have a referral. It is crucial that bronchiectasis is diagnosed properly with a ct scan by a specialist and then that the expert in the condition instructs the GP how to treat it and that hoital based physios teach your daughter how to self manage it. Bronchiectasis also needs a lifelong relationship between the consultant and the patient. Also make sure that your daughter is sent copies of all letters which the consultant writes to the GP.

I have known so many people who have been diagnosed with asthma for years when it has actually been bronch or combined with bronch. With patients becoming more informed and forums like this more and more are beginning, hopefully, to be correctly diagnosed.

Good luck. I hope that you can find a good bronch specialist for your daughter.

maisie15 in reply to

Thank you... sometimes its not easy because a 22 year old who thinks she's invincible and doesn't want to listen to advice! As her mum I'll keep on doing what am doing lol!!!!

in reply to maisie15

I do feel for you. It is so hard being a Mum anyway.

I guess that in a way my Mum and I were lucky ( if you can call it that) because I was so ill from 1 year old. By the time I had a diagnosis at 3 and then the doc who saved my life at 6 I just accepted that I had to manage my condition in a certain way if I wanted a full life - or any life given the extent of my lung damage.

This meant a lifetime of judging how I was and if I needed antibiotics, doing daily physio to empty my lungs, no smoking, Being pushed into swimming pools and up cliff paths, and bullied by physios who taught me how to breathe and empty my lungs. I even had a wooden torture implement shaped like a pyramid that I had to lie over whilst my Mum banged my back. Thank goodness things have moved on! On top of that the continual chivvying and education of doctors who know virtually nothing about bronchiectasis.

Having said that I never let it stop me doing anything. At 22 I was married in Beirut, expecting my first baby. Before that I had worked as a Beauty Therapist and at Penthouse in London and run discos in the Bahamas (I opened the first one there) and Athens Hilton. By the time I was a teenager my Mum left me to it because she knew that I was in control.

Yes, your daughter can be next to invincible if she gets control of her condition. Hopefully, when she gets a proper diagnosis and the care and advice of that team you will be able to relax a little.

I am thinking about you. You are a great Mum.xx

maisie15 in reply to

My daughter had a CT scan and had a diagnosis 2016/17 after a year of thinking I was going mad as she was so unwell and could not get the Doctors to listen and finally took a sputum sample to be tested myself and then that seemed to get the ball rolling, but she already had 7 antibiotics from Nov 15 until June 16! She had a cough from she was 3 months old and constant chest infections as a child, was told it was Asthma and for a few years was under control but in her mid teens she became unwell again and this was the first time she was referred to a Respiratory Consultant, he did a few allergy tests lung function (which is always good) and changed her inhalers and put her on slo-phylin seen her once more and then discharged her, I have a feeling this was the start of the present day problems!! This is the same consultant that she is under now, and the more I read on here, the more I realise she needs more specialist consultant!

Can I just ask her GP to refer her to this other consultant, even though it is further away than our local hospital ( not a problem for us we can get there no problem), I am fully aware its what we do now will help her later in life.

Thank you so much again xx

in reply to maisie15

sounds pretty typical to me. She is under an asthma consultant at the moment and they know nothing about bronch. You don't ask your daughter's GP for a referrall to the bronch specialist, you Tell them that is what they are going to do. Given her long ongoing problems it is a lack of the duty of care on their part that they haven't done it before.

I do have to gently say to you that at 22 your daughter is an adult. I completely understand that you are supporting her at present to get the right ongoing treatment.

However, she is going to have to take responsibility for her own health, sooner rather than later. This means learning how to manage her condition, her drugs, her physio to keep her lungs clear, , her lifestyle and chivvying doctors. This is a lifelong thing. You will become exhausted with it if she does not look after herself and you will not be around when she is older and having to deal with it in her maturer years. Sorry to be bossy but these are the facts of life when living with bronchiectasis.

There was a great Prof in Belfast but I think he moved to the Brompton in London last year. However there's a lady consultant at Belfast City Hospital who specialises in both CF & non-CF bronch. I'll pm you her name as we're not allowed to put it on the forum

maisie15 in reply to Hanne62

bettyb65 in reply to Hanne62

What is the name of the lady in Belfast who deals with bronchiestasis as my husband is suspected of having it.

Hanne62 in reply to bettyb65

I’ve sent you a message, betty, as we’re not allowed to name consultants on the main forum

bettyb65 in reply to Hanne62

Hi Hanne . I'm new to this . Where can I find your message about Belfast bronc specialist. It is now confirmed.

Betty, if you look above you will see where it says 'Chat'. Click there and you will see any messages you have. Click on them to open them.

Will pm too - it might be the same person and hospital Hanne will send. This is an adult cf centre in Belfast and you will need to check out the consultant online to check it's up to date.

treat it with antibiotics unless she has symptoms. Since last September she has only had one clear

about bronchiectasis to my gp and he said \\\"has this nurse actually seen your scan\\\". I don't...

as I have a question regarding bronchiectasis. I was at the consultant this afternoon and he...

Looking forward to hearing about your circumstances with Bronchiectasis too.

After seeing a lung consultant who it was pneumonia and not...