I use Spiriva as my regular daily inhaler but my COPD nurse recommended using Bricanyl additionally as a reliever during the winter with the colder weather and strong winds. I quickly noticed that I was getting quite severe acid reflux which I wasn't getting before. I had to stop taking the Bricanyl and now, after a few weeks, things have settled down and there is no longer any acid reflux.

I saw my GP yesterday and mentioned this, her answer was to just take the Bricanyl when I really need it! Personally I don't think that's a good idea. Sometimes I find I need the additional help on the days the weather is not so good so this time of year I could do with taking a reliever fairly regularly. It's been proved to cause me problems so why take something that I know is going to be problematic? I've spoken to the pharmacist this morning and he suggested Ventolin Acuhaler. I'm seeing my COPD nurse at the end of the month and will, of course, discuss it with her but I have a feeling I might have had this before and it was changed to Bricanyl but I will check this.

I'm just wondering if anyone else has experienced acid reflux with Bricanyl particularly and found an alternative which doesn't cause the problem?

I can't use an inhaler with a propellant (the propellant causes problems for me) so it needs to be a dry powder type.

I was given Omeprazole when I first started on inhalers as they all caused indigestion but I can't take it or any indigestion medication which advises against where there is osteoporosis. I've got over the indigestion problem now by taking prebiotics daily but they don't seem to prevent the acid reflux. 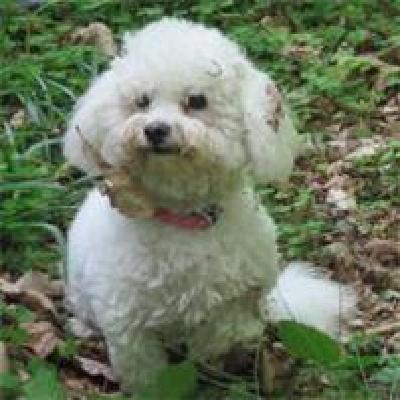 SeasideSusie
To view profiles and participate in discussions please or .
Read more about...
16 Replies
•

I was prescribed spiriva and brycanyl in October last year after being diagnosed with copd 55% lung function.

I never really suffered from sob but had had a really bad cough and chest infections for the previous 2 years.

The cough disappeared within days of stopping smoking ! I continued to take spiriva but haven't really needed the brycanyl. I have been suffering some mild acid reflux which I haven't had since being pregnant 30 years ago.

I have however put on over a stone in weight since stopping the cigs. This is mainly due to eating more ! ! Am eating a lot more sweets , chocolates , spicy and highly flavoured food ......things all known to cause reflux !

I am quite small built and suspect that the extra weight is causing some reflux . I think people have previously posted that you are best to eat smaller but more frequent meals with copd . Apparently there is less space due to lung expansion for other organs eg stomach .Don't know if I have explained that very well.

Anyway am just off out for an Italian meal ....not practising what I preach !

Thanks for the reply Coastal. I hear what you're saying but it doesn't seem to be connected with what I'm eating or how much. I've never suffered with it before, I'm eating exactly the same as I always have and it only came on after I started the Bricanyl and it stopped when I stopped the Bricanyl, so it has to be the Bricanyl that's causing it. I've had problems with other inhalers, it seems that I'm sensitive to something in them or my digestive system is. I just need to find the right inhaler which doesn't cause a problem for me.

I get acid reflux for other reasons,nothing to do with inhalers,and use Gaviscon which controls it really well.good luck.D.(sodium alginate and potassium bicarbonate oral suspension,on prescription)

There are other relievers - get your GP to let you try a different one; it's silly to go on with one which causes problems when there is an alternative.

SeasideSusie in reply to Toci

This is why I mentioned it to her and told her it was causing severe acid reflux, even told her my dentist told me the acid would cause damage to tooth enamel to which she agreed, yet her solution was just to take it when needed, which is pretty stupid because I was telling her I felt I needed it regularly when the whether was cold and windy. Unfortunately, I've come to expect not a lot more from my surgery. Not to worry, I'm seeing the COPD nurse on Tuesday and will discuss it with her, she's always been far more helpful and informative than the GPs.

Toci in reply to SeasideSusie

That's why I have to go to hospital instead of having a doc,or nurse ,chronic patients are not helped,

Don't take it then,there are lots to choose from on the market,stop using it I would.

SeasideSusie in reply to Colours23

Like I said, I have stopped taking it. There's no way I'm taking something that causes me problems. And apparently there's not lots to choose from for me as I can't take anything with a propellant. I can't take anything containing ipratropium (e.g. Atrovent) because I take Spiriva containing tiotropium and you can't take both. So unless there's another dry powder inhaler that's compatible with Spiriva then I may have to go without. The nurse didn't want to give me Ventolin dry powder because I'd reacted to the Ventolin with the propellant but I may have to ask her to let me try it again as it was the propellant that caused a reaction.

Yes I understand ,it took me 2yrs to get sorted,so keep trying you will succeed,sounds like you got a good nurse to help you out.

SeasideSusie in reply to Colours23

Thanks Colours but unfortunately I don't think Symbicort is the right one. It is a long-acting bronchodilator and according to Symbicort's website it shouldn't be used with another long-acting one which Spiriva is, it also contains a steroid which I don't need. I need a reliever like Ventolin but without the propellant. I spoke to the nurse to see whether I could give the dry powder Ventolin another try now that the original symptoms I had are under control, she couldn't give me a script so I've got a 5 week wait to see my Dr to ask her. Fortunately with the weather now warmed up and the winds died down I'm managing OK although could do with a little extra help when out with the dog as that's when my SOB is worst.

Beans1980 in reply to SeasideSusie

Hi Susie I know this is an old post but I'm in the same boat Ventolin and Serevent in the Evohaler give me really bad reflux. I've not tried them as a powder yet though. Were you successful in finding a releiver that did not upset your reflux/indigestion?

SeasideSusie in reply to Beans1980

Gosh, I had forgotten all this!

I honestly can't remember how/when the reflux/indigestion cleared up but I certainly don't have it now. I discovered I had low stomach acid, which gives same symptoms as high stomach acid and is common in hypothyroidism (which I have), so I set about sorting that by using Apple Cider Vinegar.

I ended up seeing a lung consultant (privately due to long wait on NHS) who said I wasn't a candidate for a steroid inhaler but needed a long acting reliever rather than a short acting one like Ventolin. I eventually was put on Formoterol Easyhaler along with my Spiriva. Apparently it's a good combination where there is COPD, supposedly better than tiotropium alone, according to ncbi.nlm.nih.gov/pubmed/198...

Then after a follow up NHS appointment and CT scan I was diagnosed with Bronchiectasis, the consultant saying that he would say Bronch rather than COPD. So to be honest, I don't know if the diagnosis of COPD still stands or whether it's just Bronch, and the care where I live is so dire that I'm still waiting for my follow up consultant's appointment almost 2 years later. I just hope my inhalers are correct but I certainly don't have the reflux/indigestion problem with them.

Hi I’ve been put on trimbo which is a 3 in 1 so I only take 1 inhaler now as before I was taking. spiriva fostir and ventalin as my releaver it’s working really well for me , the weather really does affect my breathing and chest a lot .

HiYes I've just started getting bad pain in the middle of my chest & reflux with bricanyl, I think I will see if I can change to another inhaler too. Good job we can Google things as I wouldn't have know it was caused by my inhaler. Doctors don't seem to associate drugs (side effects) with any new problem you get. Also been going dizzy that's another side effect.

have had reflux once, it is a miracle, before trying this method of taking the tablet I used to...

Hi all - has anyone who takes 3 x week azithromycin found that their acid reflux has got worse? I...

diagnosed with Bronchiestasis probably caused by acid reflux also got hiatus hernia. Had...

I have been getting increasingly problematic acid reflux- getting to the point where I'm wondering...