Hi, I went to see my consultant today Wednesday. He told me that not only did I have pneumonia, but he detected TB-like bacteria, the name of which he had never heard of before, godola!

I did tell him that when I checked about night sweats, one of the causes was TB. I had put myself back on Rifampicin. He approved! I am also on Clarythromycin. He told me I would be on this indefinitely, since when I stop I get ill again, because my lungs are damaged by bronchiectasis.

I feel tired, emotionally and physically after this visit.

I asked him about the pain due to coughing, Paracetamol is the answer. I dived on them as soon as I reached home.. 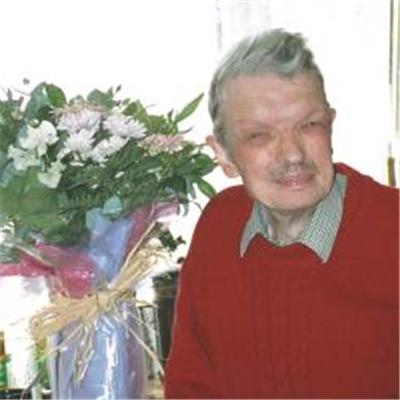 helingmic
To view profiles and participate in discussions please or .
Read more about...
23 Replies
•

I can understand why you would feel so drained. Wishing you a very speedy recovery TAD xx

I hope the drug regime works for you and that you soon feel a little better. x

helingmic in reply to Toci

Well. The drug regime had worked for 2 1/2 years. I felt really as though I was healed! Dear! My consultant emphasized that my lungs are damaged, and I am vulnerable. I also have lack of white blood cells (neutropoenia). this means I am vulnerable to infections. BUT, and it's a big one, the haematologist who prescribed this told me that I would be more protected against infections in this way.

All the best for a speedy recovery. We dont knpw what is around the corner, just as well.

Oh sorry to hear that. Do you know how long you are likely to be on the Rifampicin?

cofdrop, The consultant said indefinitely. let's put it this way, fi I can feel more normal with them, so be it.

I don't k.ow the long term implications. But I'm not going to ask to many upsetting what ifs?! I cold say that I was once given amoxycillin. The doc then told me that if I become resistant, I could catch some nasty bug. I did: pseudomonas! Fortunately, I have kept pseudomonas away from me, with Ciproxin and inhaled Colomycin.

Oh helingmic your going through the myer a bit arnt you!Ireally do hope that your health starts to improve very soon with these meds.Keep warm and safe.Janexx

Thank you so much , dear Jane, it's very sweet of you. I think I'll take refuge in Bunyan's Pilgrim's Progress! (I tried to read the 17th century version) but I found the modernized version more engaging! I had bought a copy, but it disappeared! so I've just bought a new English updated copy. A mighty book to fight the slough of Despond!

Hope you feel better in yourself soon

Dear King, myself feels good, only it is a bit buffered by the events. But I told my consultant that I'm going to the gym nest week. It did pay off this year up to September! Thank you for your concern, you, King and all the so friendly people of this forum!

Glad to hear you're being looked after Helingmac and I really hope this combination works for you.

I'm in North East Kent, along the Thames Estuary. We're in for a few low depressions to fly over us for the next few days. As long as the wind, be it stormy, is coming from the South, it will stay pretty warm (at night too!). We might get a fair share of rain,though!

Hi healin mic, so sorry to read that things are not so good. Hang in there and keep strong and warm. Lol June x

helingmic in reply to Steamtrain1958

Thank you June, If you read my two messages to flibberti above, I can tell you that I have no intentions to give up until my brain dysfunctions! It's been a battle with the council to get my windows repaired so the wind doesn't howl inside. It's been a battle with the council again when I pleaded with them that their back boiler was 40 years old and ineffective (The gas company had actually put my price up for using too much gas!). In August, at last, they replaced it for a new boiler. BUT, I had asked vainly if they could replace the lounge heater. No! You won't need it! I'm sorry, but I went and bought one. Here's the old resistance, "we should make the least expenses". Yes I had to pay a little over a £1000. But I have it. I won't have the "Oh no, we cannot find it". And I urge everyone to stand firm with doctors, nurses, council - in a polite way, of course - but firm! We are the patients. I'm going toward that age which people call elderly. I don't see why I should be neglected because of restricting government policy. One day, I may become too gaga. At least, not now!

I hope you start getting well very soon Helingmic, your a tough cookie. Take good care of yourself. Angie. xx

I'm so sorry you are having to fight off nasty bugs and I hope you win the battle very soon, keep up the good fight and don't let it get you down!!!! look after yourself and think positive thoughts that's how I get by! I think you should treat yourself to something you love...something that puts a smile on your face! get well soon Helingmic, huff

Extremely good advice, hufferpuffer, and not just to me! I promise, I feel satisfied with all my "lectures" and I'll sleep happy tonight

zzz! thank you all of you for your sweet concern. You're really a grand community!

Hi flibberti, I love your lecture. keep away from people who have a cold: I had the visit of a friend who said amongst other things, I'm just finishing a cold; I'm not going to cough at you!!!

In church, there's a well intentioned lady who wanted to pass me the peace with a holy kiss! It must have seemed a bit callous when I retreated my head, as she tried kissing me! But i'm "undesirable" at the moment (not wanting any other bugs and not wanting to pass mine on!).

Nutrition has been quite a problem. My pulmonary nurse told me to buy little creams, rice puddings and the like. I did that. I even put some vanilla creamy yogurt in my pasta last night> That was interesting!

keep me posted, flibberti, with more lectures! Thank you!

I've been thinking about this bug. now this is not full blown TB, thank God! Full blown TB shows cavities in the lungs, But my consultant showed me my lungs during my hospital stay. What he showed me was the bronchiectasis which looks like white blobs. They are actually little cysts of enlarged alveoli sacs.

He showed me my lungs taken on Wednesday. They were clearer. He told me I still had some infection. that's why I shall take the drug for a long time, to eradicate it. So although the bug resembles TB, it is nipped in the bud. although it is difficult to eradicate, It shouldn't affect my lungs in the same way that tuberculosis progresses, because the progress has been stopped.

This gives me great hope of a better well being.

I forgot about the Fortijuice! I had this in hospital in 2010. Once you are out, they won't spend money on it! In the coastal area of Kent, money is tight. They are closing the mental health places. I belong to Rethink and meet with others every month, but we will have to find our own premises. My wife's ward is going to close too. Where are mental health patients going?

This is the reason why I had to buy my own flutter Device, because they said, "we don't have any" and that's that!

flibberti, I think you asked me before if I could travel to the Brompton. I did, years ago. then the doctor there told me that the consultant in Kent was competent. So I didn't need to see them any more.

In 2010, I went to the Kent and Canterbury. I was classified to receive more food than others! I saw a dietician who arranged for me to have bacon in the morning - some of the nurses begrudged this and said there were not many people in England who could eat bacon every day!

I was also prescribed these juices and cream like yogurt. Once discharged, my GP resisted in procuring them, saying that it would be difficult to find a supply.

so I provided myself the whole milk which replaced skimmed milk; hot chocolate, creams of all kind. I'm afraid, here in North East Kent (coastal region of Canterbury), the NHS is really stingy! They find all sort of incontrovertible arguments for not providing what could be needed.

That's why, although the Flutter is prescribed, but "they couldn't find any" When I bought it to show it to the consultant, he told me that he could prescribe it to me. But in hospital, the doctor did not!

I'm afraid, I have learned to be self sufficient.

I must add that this was the same scenario with night sweats. I told the doctor at the hospital who recorded it, but didn't do anything. I told my GP, who replied that it was my illness, same with the pulmonary nurse; I told her I put myself back on Rifampicin. She asked me if I dared tell the consultant; I replied yes!. Then, I bought this aluminium chlorohydrate. Three weeks later, I saw my consultant. I told him that On patient.co.uk, they say that night sweats are usually caused by TB. That's when he checked my sputum samples and said the microbiologist had detected the presence of a TB-like bacteria. he told me to carry on with the medicine! but it all comes in retrospect. I had to act, with the incredulity and doubt of the staff!

Flibberti, Thank God I lived in the London area when I got ill. I had infections after infections. The doctor didn't know what to do any more. (His assistant told me that antibiotics are not Smarties). so I was referred, out of the doctor's frustration, to the Brompton with the lovely thorough tests that helped recognize bronchiectasis in me in 1994. I also had the help of the physiotherapist who showed clapping to me and my wife. Indeed, my wife used to clap my chest until I was shown ACBT. But when we moved, and I asked to go to the Brompton, they insisted that the consultant in Herne Bay was a very competent one. He was> But it's under the new consultant,as the other retired, that he found Mycobacterium which resembles TB.

I had these 2 drugs for 2 years and a half and he stopped it. Because my lungs are damaged and I have a dodgy (but sustained by drugs) immune system, I got this Mycobacterium back. Hence the return to the 2 drugs on a permanent basis, so as not to develop into a real TB. Gosh! I would really hate that! There! You know my story now!

I'm glad you take care of advising all of us with great care and campaign for the RBH.

where and how I get information about the Haemophillus influencer bacteria ,I am getting...

,which I new I had because I could smell it when I cough ,also chest hurting ,more breathless ,and...

after I eat and that did nout to help ... also I tried liquid probiotics that did nothing to help...

Back in the Land of the Living - I think!