I am wondering if you can get a fungus in your lungs. I was thinking about when I was first diagnosed and remembered a while before I opened up my compost bin which was very dry and had grass cuttings on top. A cloud of dust rose up and made me cough, a week later I had my first lung infection. I had never had one before that! All comments would be welcome, and no Bobby I am not going mouldy though sometimes I do wonder......... 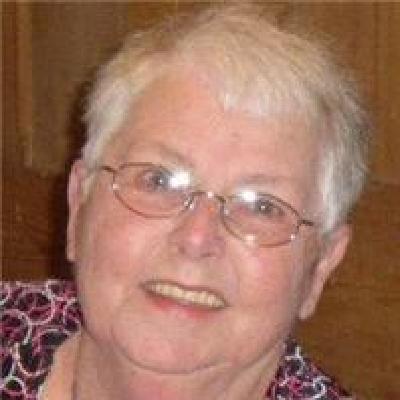 caroleoctober
To view profiles and participate in discussions please or .
14 Replies
•

Hi Carole, not a stupid question at all. And yes, you can indeed get a fungal infection in your lungs, compost heaps being one of the culprits as a source of mould. Have put up a link to NHS UK about Aspergillosis which may be of interest.

You beat me to it Scrobbity!

Any kind of fungal spores are not good for the lungs Carole and can exacerbate the lungs and airways.

ha ha ha you were way ahead of me. Seriously though I suppose it is possible. I wonder if any research has been done on it.

Defo yes, my consultant sent me for. Tests for exactly that last week. I am pleased to say that I don't have the fungus

Thankyou for your replies, what sort of tests did you have done Jennyren. I had a ct scan a few weeks ago would it have been picked up then?

No question is stupid Carole,if we don't ask,we don't get!! It looks like you have the answers,so good luck with it all.

Carole that is a very good question. I had my first really bad bronchial attack after cutting back a big ivy hedge and at first the docs thought that was what had cause it because the ivy dust contains spores which can get into you lungs and I had to have tests too which included a nasal scrape yuk!! It wasn't that anyway just one of those things I was told and wasn't actually diagnosed for another 14 years

No such thing as a stupid question - if it is concerning you then that's enough reason to ask. The answer is yes and your friends posts have it covered.

Hi Carole, all I can say from my own experience is when I fell ill with double pneumonia an antifungal antibiotic was found to be the one which worked.

I had recently pulled my old garden shed down and it was full of mould and fungus which the ITU consultants thought could have been the cause.

This cost the NHS quite a lot of money as I was told this antibiotic was so expensive they could not store it at the hospital and it was ordered in every day just for me and that went on for 4 months.

I think that the double pneumonia and adult respiritory distress syndrome was what triggered the Pulmonary Fibrosis and Reumatoid Arthritis condition that I live with now.

It seems as though there are certain types of fungus it pays to avoid breathing in.

Will have a word with my doctor when I see him on the 10th, thankyou all x

Not a stupid question at all it's very interesting. You never can know too much about lung problems especially when you have lung disease yourself.

My dad had to have a scrap because of gardening....caused by mushroom compost. He had bought a load and spread it on his garden but breathed in the spores. Anyone who buys spent mushroom compost will tell you that although spent, you will still get a crop of them if conditions are right. I suppose the airways are idea for them growing, dark, warm and damp.

The answer is most definitely YES.

Whether it can have such a fast reaction I don't know.

Aspergillis is in us all apparently although it affects people with cystic fibrosis and asthma very badly.

If it takes hold in your lungs it shows on xray as little black patches which are pockets of the fungal growth. I'm told (by a medical professor) that there is no cure, only managing the condition with -fungals and steroids.

Recently it's grown on 3 of my sputum samples, shown on skin prick test but not in the blood test for it. I'm praying that I haven't got it.

Not a stupid question at all. You can help by spreading the word that children and adults with cystic fibrosis and asthma must stay away from compost. Animals can get it too. P

Stupid question I know but

without a magnifying glass, dif nt have this trouble before, wellma2

last week had an X-ray consultant said didn't appear to be much mucus showing in my lung, when I...

year, but then had a bad turn you know things got on top of me people keep ing on so I had a fag n...