I having upper abdominal pain. Chest and jaw pain. Pain get worse when moving about. In a dilemma. 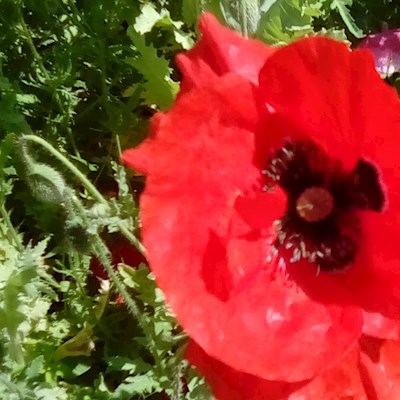 poppy40
To view profiles and participate in discussions please or .
12 Replies
•

Ring for an ambulance !

poppy40 in reply to Sunnie2day

Can't call 999. Got a letter from A&E department told I've been to many time this year. 11 times. So in a dilemma.

Sunnie2day in reply to poppy40

I believe it is illegal for an A&E to tell anyone they've come to A&E too many times in a year! Report them, Poppy, please!

I'm sitting here jaw to the floor at the thought of someone being slapped with an ASBO for going to A&E - unless the person was drunk, disorderly, and clearly intent on causing mayhem rather than being in genuine need of medical care, I simply cannot wrap my head around duty of care being discarded, I really can't.

They have to deal with persistent attenders who don't actually need any medical care, they just think they do. It's a scenario seen quite often on the ambulance programs and my daughter is a police officer who frequently has to attend A&E to remove these people.

Sunnie2day in reply to bantam12

But Poppy has real symptoms plus a diagnosis of a rather serious heart condition (MVA). And severe upper abdominal pain is a definite reason to attend A&E.

Please thank-your daughter for taking a law enforcement position - more and more it's a thankless job so again, please tell her she is much appreciated.

I feel for your daughter having to remove the 'bolshi' but she'd never be called out to remove Poppy or anyone like her. I'm just SO shocked her A&E sent her that letter, I truly am.

But we don't know actual history so difficult to say what's right or wrong.

Which should have resulted in a 'visit' to the psych ward, not an ASBO. I don't watch those programmes, maybe I should start so I can reach a better understanding, maybe.

But then again, my late husband was a surgeon and occasionally did an A&E rotation - he saw any number of patients presenting in obvious need of immediate referral to the psych ward. The only time the polis were called out was for bolshi drunks, certainly not for someone clearly in a mental health crisis.

Unfortunately mental health issues keep the police very busy these days, my daughter is often in A&E for a whole shift watching over a patient as there's nowhere else for them to go.

During my diagnosis my Cardio's instructions, was that when I experienced any symptoms I was to call an Ambulance immediately to try & get as MUCH data asap which included ECG's taken by paramedics (Which proved crucial).

I had cause to do so 10 times within a 5 month period where I was treated with Adenosine in A&E Resus. I was terrified that I might end up being "Black Listed" as a frequent abuser!! It just DID NOT happen to my great relief. I ended up having many tests etc, an ablation & finally a Pacemaker!

I can fully understand A&E taking a stance where neccesary, BUT steps SHOULD be put in place to support those who are genuine & get anxious about symptoms imho .

I worried about being a frequent flier at one stage .Not heart related but Tia related.Always told don't be silly ring.Back to your problem Poppy.Ring 999.However do talk to the doctors about the likelihood of you having a heart attack .I have symptoms that worry me re chest & left shoulder pain.But I have a large hiatus hernia and get heartburn .I am getting old & have arthritis.I have AFib & over excertion causes discomfort.However rightly or wrongly I think the intensity of the pain would let me know.

my appointment is a month away. The pain is getting worse when would the best time to go to a&e...

The thing is I get the most debilitating pains in my upper arms when I lift my arms up...

Upper back pain AFTER heart attack?

days she has complained of a general ache/pain in her upper back. Is this normal? It's got me on...

havoc with the heart. I do not have chest pain or nausea but have been getting very breathless for...

I have extensive long standing heart problems. I know that if you experience pain in your left arm...

Had my Mitral Valve Replacement Surgery Cancelled til after ...