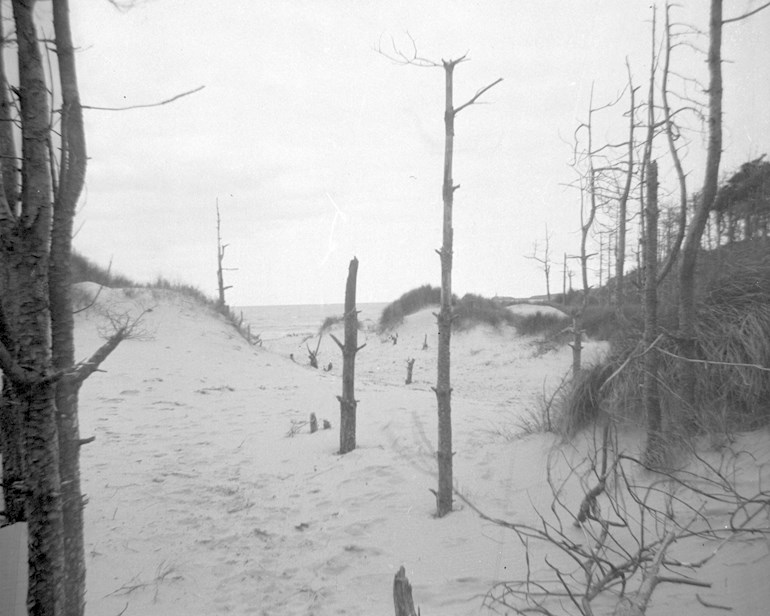 After parkrun at Newborough Forest this morning I did a little photographic experiment. I'd taken a tripod, an untested 1951 camera, and some expired Ilford Selo Orthochromatic film to see if I could get any results at all.

I didn't expect anything quite this good because the film expired in March 1940! No, that's not a typo. It was over 80 years old and still worked almost perfectly - although quite a bit slower than it once was (roughly 64ASA rated but shot at 1 ASA).

The coolest part is that the forest was only planted in 1947, so the film was 7 years older than the oldest trees

So, next time someone suggests you're over the hill..... 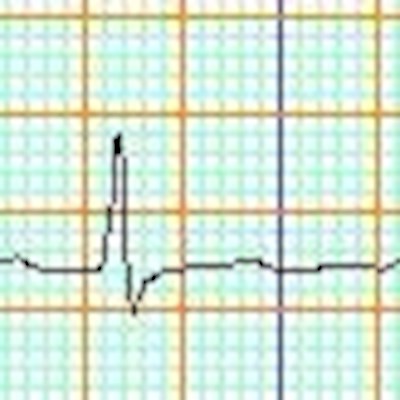 Thatwasunexpected
To view profiles and participate in discussions please or .
47 Replies
•

Oh gosh! I remember going to Newborough Warren on field trips when I was at school. I’m guessing it was pretty close to where your pictures were taken.

How on earth did you come by film that old?

Good pictures by the way.

It was a random listing on ebay as "ideal for display use".

I quite often look for expired film on there because you can get some unexpected results from it but this is WAY past anything I've tried before (think the next oldest was about 1983).

I've got 3 rolls of this left (and have messaged the seller just in case they have more) but think I should try to track down some appropriate WW2 era subject matter for some of the other rolls!

I think you should take some pics of something really modern, then stick the film in an old tin and bury it, label the tin "1st time travel - 1946"🤣

You know, that's not a bad idea!

Would have to include chemicals and development times (funnily enough there are none published for this stuff so was incredibly lucky to guess about right first time!)

Wow TWU that's amazing. The photo Is very atmospheric and somehow more so when you hear the story behind it. So much for sell by dates! Is that the forest that has red squirrels? X

Yes, that's the one

They made things to last in those days. Great photo.

They certainly did, although, the 1951 camera I was using had problems keeping its shutter setting and messed up a few frames.

Then again, it's Italian so (as any classic Alfa owner should accept) it looks dead cool but not exactly built for reliability

Born in 1953, I still have the Kodak Brownie bought for me while at junior school. Long time since I used it now.

The 127 film most of those used is still being made!

Well, I'm amazed at that. Maybe I'll use it again one day.

That's a kind thought but worry not if you forget, I'm housebound at the moment. Just post more photos for us to enjoy.

I'm slowly getting all the ones I took through lockdown into a gallery online. So far I've got as far as New Year's Day 2021

It's not the fastest site because it's hosted at home so I can put full resolution versions up. All are freely downloadable if people want because I do them for enjoyment and if others enjoy them too that's a bonus

That photo is amazing, my date of birth 1947, so trees as old as me film older!

Yep, but I bet you don't take a full hour to do stuff you used to do in 60 seconds flat (that's about the slow-down factor on the film!) 😁

Let me think about it 😂

What a great photo. It took me a while to wonder whether I was looking at snow or sand, but then saw you lived in the UK - so sand, with sea behind?

Yep, it's the edge of the dunes at Newborough.

The funny thing is, I took the same shot on my phone while I was there and it had nothing like the same feel to it - seemed like just another tourist snap!

I know it well! Great photo.

Thanks for making me homesick! 🤣

Does this one from last New Years morning with the moon over St Cwyfans help?

Love it there too! That’s a very atmospheric photo. Let us know the links to your gallery. Would love to see more.

I’ve had to call a halt to my Anglesey Coastal Path walk for the winter now. It’s quite challenging in poor weather as you probably know. Just love doing it.

Gradually filling it up but have about 120 rolls of film to scan and there's thus pesky thing called work that gets in the way, so it's taking a while

But there's a fair bit of the coast path around Aberffraw already up there so you can always mentally walk that bit.

As for the weather, I know exactly what you mean. There are a couple of spots along there that I'd love to get out on with a camera during a proper storm but don't think the rescue guys would see the funny side when it all went pear shaped 🍐😂

Made me smile this morning . I needed it going through withdrawal from one heart tablet before I start the new one next week. Thank you. 😊

That makes it worthwhile, thanks

What an interesting post, and such an atmospheric photo, it looks like it was taken after a natural disaster! I've got a great big camera of my dad's in the cupboard, I'll have to dig it out and see if there's still life in it 😊

There's almost certainly life in the camera because it's a machine and machines can always be mended!

There are even a few people out there making their own film for ones that aren't available any more!

Definitely “that was unexpected” on a Sunday morning here in Bristol but brought back happy memories of going there frequently with my family when we visited my in-laws, who lived in Menai Bridge. Fabulous place. Thank you.

Wow!! Artistic and fit as a fiddle!! You're still an inspiration to us all.Take care. Jan xx

Thatwasunexpected in reply to Handel

I'm only artistic if blind luck counts as art, but thank you

Handel in reply to Thatwasunexpected

Thatwasunexpected in reply to Handel

Absolutely brilliant photo! Many thanks for sharing. Black and white is so much more atmospheric than colour. I have a friend that manipulates his digital colour photos on his computer to achieve something similar to what you have achieved, but it's not the real thing. IMHO, no kudos either! 😀

I got back into film because I got tired of the amount of digital manipulation out there.

It has its place but, when every sunset looks like Bali and every landscape is a vibrant green and gold Turner, I can't help wondering if many people are chasing an ideal of the world that simply doesn't exist!

Yes, very much a product of today's "false" world. I do nothing more than a little sharpening up when I use my phone camera and maybe a bit of backlight on occasion when the light has been in the wrong direction, just to make the subject clearer..... all for my own consumption. 😀

I do wonder sometimes if a lot of the discontent out there is being encouraged (if not actually caused) by the unrealistic expectations created.

They're pretty certain that impossible body images are harmful to the "less than perfect", I don't see why that wouldn't apply to other things as well - "my life must be faulty because I'm not in a fantasy forest under a subtropical sun every day"

Indeed. It's such a false world in many respects. I am convinced that everything in modern times boils down to money and that's why we are bombarded with "must have this or that" to the extent that the majority take that message in and use it as a basis for their lives.

Getting such a brilliant image off 80 year old film won't be of interest to most people, but I regard it (and I am sure many others will) as something that is special. As we have survived our health issues, that film has survived the ravages of time. 😀

Funnily enough, it's gained a LOT of reaction from a local group on FB that's usually filled with over-saturated and sharpened digital stuff. I suspect the simplicity of reality actually resonates with far more people than would admit it!

Have one more roll of this, and the seller's last 4 inbound, plan to keep one back for a Remembrance parade in 2039 so I can mark the 100th anniversary of the war with (by then) 100 year old film.

Of course, it also means I'm duty bound to last another 18 years myself 😁

GWP1952 in reply to Thatwasunexpected

Sounds like a plan! I just hope I'm around to see it on whatever format of social media exists. 😀

Off Topic - Santa and CovID

operated in the Spanish flu.

Santa is generally quite socially distanced - he’s in the same room...

to go back to the end of the queue and start all over again, We gave her meal to a homeless person...

Off topic - just trying to help out!

One of my regular customers saw the film we now stock and mentioned that he had some rolls they'd...