Hi I was put on ramipril in October I had some calf discomfort when walking although told me it was borderline but the description given sounded like pads. Upton that point I never had any issues.

She stated my Bp was usually around 145:92 and started the tablets , since then I have had what feels like muscle twitching in my calf’s and legs, most days and as for my Bp I have seen it anywhere between 126/82 to 136/75 , sometimes the more anxious I am makes it worse.

The tablets also after 8!weeks I developed a dry irritating cough which was annoying in the morning, I then developed a pain below the throat and 4inch up the sternum as well as the leg twitches. She said it was possibly concidroiss or something and gave me a nasal spray which kind of removed the pain, as out walking I have a nasal drip.

I’m only in 5mg but anyone have any similar issues? 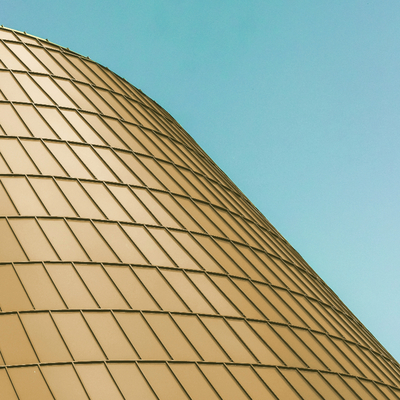 stevieR74
To view profiles and participate in discussions please or .
Read more about...
16 Replies
•

Stevie. You are experiencing classical side affects of Ramipril. I was on 10 mg after HA and laterally after bypass for twelve months. Spoke with cardio on side affects but when you consider that they are keeping blood pressure under control that was more important to me

Hi,Was given Ramipril after AVR and bypass, developed the renowned cough, and my surgeon changed me to Candesartan, didn’t have the calf problems just the cough. Have had no problems on Candesartan, also have Bisoprolol, Furosemide and Aspirin. Blood pressure is under control. Do have a runny nose in a morning after taking my Bisoprolol. Have you explained to your GP/ Cardiologist about the problems with Ramipril there are other drugs they can try.

Yes had the same problems... the leg twitching is a regular thing, it worries me as a blood clot from my leg is the likely culprit for my HA.. I have the runny nose and throat issue but mainly when walking for some reason..

7 months in now and I see. To have dropped the dry cough, hopefully for good.. have heard similar to above about switching to Candesartan and waiting for GP to let me know.

I switched from Ramipril to Candesartan because of "bubbling" calves and numb/ultra-sensitive feet, but it made no difference. I then tried switching Bisoprolol to Carvedilol - again no improvement.

Yes, I had to come off ramipril because I developed the cough, its pretty common. I was changed to Candestartan and I'm fine now. Took 6 to 8 weeks for the cough to go completely.

Hi i took Ramipril for 8 weeks after my HA and had a racking cough and my legs felt tired after walking for approx 15 minutes. I came off the Ramipril and put on Lasartin. The cough took 8 weeks to go but my calfs stayed the same. I do 30 minutes low impact cardio every day which is fine but long walks are out.

Hi guys thanks for the comments, I suspected as much but they said they would deal with it,

Lucky so far I have not had an HA , and can walk up to 6k a day without any calf pain from the claudication, my blood flow from both arms was normal and blood tests, xray was fine. I think they said I was borderline and from what I was expressing sounded like PADs think the branchial was on 1.0//.99

The twitching a pain and the cough which gives me slight discomfort above the sternum just adds to the anxiety, standard ecg was normal

But if I know what it is it helps put my mind at ease I will take it up with them.

Thanks to all and stay well

Oh forgot to say I’ve never seen a dr yet only the nursing practitioner and the claudication clinic . But again I will drop them a note next week tobexplain

The cough is a well know side effect of ramipril. Your new BP readings are good so it's obviously doing its job but there are alternatives if the cough is unbearable. What you were told about your chest was possible costochondritis which is inflammation of the ligaments/tendons that attach your ribs to your breast bone. It's hard to work out whether it's heart or muscular but my GP, pain consultant and my cardiologist all said "Press on it. If it hurts it's probably costochondritis. If it doesn't hurt when you press ( NOT hard) , get it checked."

Thanks qualipop, when I touch it there’s a slight pain it comes and goes the surgery gave ma nasal steroid Spray and for the most part it works. I actually developed it around 12 dec and by the 15 dec (that’s when all the ramipril symptoms appeared) was so concerned with it I went to the A&E , I was given and ecg and heart bloods checked and the dr said it was normal and no distress of the heart . It’s like it up the top and I feel myself rubbing it.

The dr also said if the tissue is soft and not hard I’m not taking a heart attack, she then followed it up with the senior consultant, I was released.

I had twitching initially, but that has gone. I've still got muscle pains in my legs, but don't know whether it is Ramipril or Bisoprolol, which I'm also taking. If your need for medication is borderline, you could ask the cardiologist whether it would be safe to reduce your Ramipril dose slightly. On balance, I reckon it's worth taking it to keep my blood pressure under control. I found that if I monitored my blood pressure too often, I got anxious, and it went up.

stevieR74 in reply to Eve11

Hi eve, same I recently went from 2.5 to 5mg as my blood pressure was slow to come down, your right when I monitor it at home I get so anxious that the first reading is around 146/92 or can be more , if I wait and do a couple of more it starts to settle as I calm down to around 132/86 or best 126/76 but I need to stop it as it creates panic . My cholesterol is down to 4.7 and I was the put on a stain.

I am glad I can get others advice

Hi When I was initially put on ramipril I had an irritating cough. I persevered because taking it brought my BP down although it was a bit all over the place initially. After 4-5 months the cough went away. I would persevere a bit longer and see if things improve.

Thanks for the comments much appreciated, I would try anything

Many years ago I was diagnosed with high BP and prescribed Indapamide and bendroflumethiazide. Shortly afterwards I developed atrial fibrillation and I don't think that was coincidental. So gave up Indap and Bendro for other drugs but never did shake off the AF.

Wow, yes it’s the side affects that are really hitting me, I went in with calf pain , told borderline and given 3 drugs , aspirin, ramipril and atorvastin, since then I have had a cough, chest discomfort, nasal drip and twitchy legs and muscles , I think I was borderline PAds and nothing else , ( never out of breath etc) oh and the long walks are back but everything else is not working , If I didn’t find it funny I would cry lol

what kind of cough you can get taking ramipril , I've developed a dry choking cough that's driving...

Under GP advice, I stopped taking ramipril due to the cough it was causing and have...

taken any tablets for anything. Blood pressure is normal.