I am just about to have tests for vasculitis - Behçet's UK

I have like a lot of us had to do my own research to find out what my strange symptoms are all about.It sounds to me like Bechets ie sore and itching genitals and mouth ulcers.I had my first tonic clonic seizure in 2013 and have had seizures mostly in my sleep since.I refuse medication because I do not believe I have epilepsy.Last year I had what I thought was the worst migraine ever and when it was over I started to scratch my head on one side constantly.I have sjogrens syndrome and fibro plus a lot of spinal problems.Do any of you think I am on the right path,I know in my heart my G.P(who is excellent) did seem to have a lightbulb moment.But I`m scared. 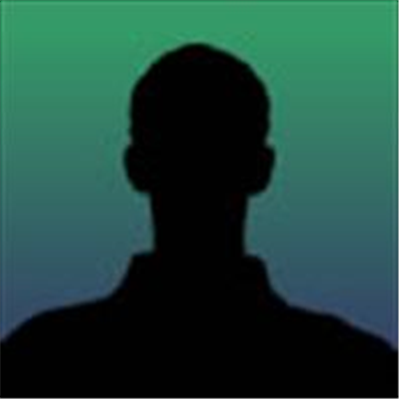 Butterfly54
To view profiles and participate in discussions please or .
7 Replies
•

Please don't be scared. I know you list a lot of other problems you have, and I suppose you don't really want another, so I quite understand.

Are you in the England? If so, your GP can refer you to one of the Behcet's Syndrome's Society Centres of Excellence. They will be able to diagnose whether or not you have the disease. There are, however, so many different forms of vasculitis, and your symptoms could involve one or the other of these. This is what makes diagnosis of BD is often a long drawn out process.

It is great to hear of a GP who has a flash of inspiration. They are a very rare animal. I hope you can find a diagnosis soon, because then you can start an effective treatment,

Butterfly54 in reply to suzannenmike

Thanks for answering Suzanne ,yes I am in the U.K and I am lucky in having a very open minded and kind G.P.But I stopped going to the doctors about 16 months ago and putting up with the most weird and wonderful things happening to me.When she asked why I had not been to see her my friend told her I had given up and felt like a hypochondriac.She had had to come and see me at home on the Monday as I had had 35 nose bleeds since early hours on the previous Thursday.Apparently I had ruptured a blood vessel but don`t have clue as to how.She has put me on a low dose Lyrica for now,and told me not buy any more creams as they won`t work.My bathroom cabinet looks like a pharmacy lol.We do have a Professor near London (I`m on the coast in Hastings) who deals in all this,and I think my doc will fight all the way now.Thanks again Hun xxx

suzannenmike in reply to Butterfly54

No probs, that what we are here for. You were feeling like a hypochondriac too! That is exactly what happened to me! I suffered from bad nose bleeds as well and had no idea that it had anything to do with a disease, which turned out to be yet another symptom of Behcet's.

It is great when your GP is on your side. I hope you get some expert help soon. xx

I have similar issues - what type of tests are they carrying out. I had a few myself over the past few years.

Butterfly54 in reply to

At the moment conistan11 its blood works and take it from there>I don`t know what else is needed but I`m constantly itching to some degree and at the moment it`s intolerable so hope bloods will show inflammation.G.P also told me to stop buying creams as they just won`t work,and don`t I know it.What tests have you had please as knowing will help with my G.P,as it is I had to tell her what bloods were needed,but she was very open minded and seemed to think I was on the right track.Are you in the U.K,and thanks so much for answering it`s very kind of you.

Centre of Excellence or your specialist will tell you as to which tests would be needed. Not something GP could organise. Good luck

I have constant itching burning rawness down there too. That's a symptom? I didn't know. The seizures sound scary I hope the testing brings you answers.

hello :) I just wonder has anyone else had vasculitis on scalp?

I had my diagnosis back in 1997. Its been mostly affecting my bowel/joints/mouth but about 2 years...

I just want to be normal! I hate this...

Just discovered I may have bechets.feeling very confused

rheumi I saw thinks I have bechets and on reflection it fits all my symptoms.ive had more illnesses...

Hello All! I was told yesterday that my rheumatologist is 99% certain I have Behcert's

though that I have not read anywhere else is sore skin. not ulcers or sores, but just sore to the...

Hello, I have not had a diagnosis but I am suffering from many of the symptoms of Behcet's.