not sure if this is just me being anxious so just wanted to know,

i'm on the combined pill (microgynon) and have been since October, i have taken them all at 20:00 for a while now (definitely over a week) aside from one little mishap where i took it an hour late (however that wasn't in my first week and its been another 7 days since)

we always use condoms too but however this one had a tear after and we weren't aware so he ejaculated inside me.

do i need the morning after pill?

My birth control has not failed but i am a very anxious person and not sure if i should just in case? The condom isn't an issue as we are both tested free and have only been with ach other, its simply the fear of pregnancy, and the fact that i had one pill left last night and now i'm on the sugar pills, will my pill still have me covered? Is it enough?

I am going on more long term birth control so this shouldn't happen again, i'm getting the implant and have an appointment to talk about it today as i feel i might be more calm on that.

people have told me they use the pill alone all the time and my sister never got pregnant in the 3 years of taking it but i'm unsure if its reliable. 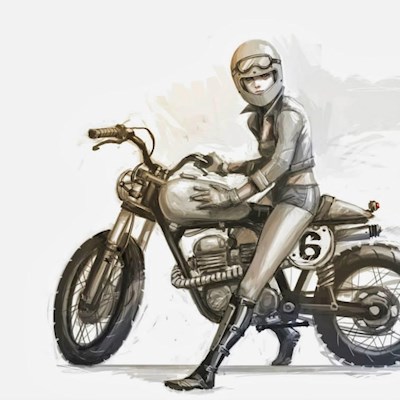 Laine44
To view profiles and participate in discussions please or .
Read more about...
6 Replies
•

I am also slightly worried as i had loads of white discharge that appears yellow on toilet paper, have had this a while before we properly had sex so its not a sign of pregnancy right? Really worried x

It’s okay you’re just ovulating as you’ll have more discharge as your pill has created more discharge to thicken the entry of the womb to keep the sperm and the egg apart, could be a yeast infection only if it carries on and smells.

I personally would take the morning after pill just in case. Contraceptive pill isn't 100% effective but should be enough if you haven't missed one even on the sugar pill week

I highly doubt that it'll be needed but you can always go to a pharmacy where they can give a professionals opinion and advice/reassurance. You can also pick the morning after pill up from there if they/you feel is necessary (this is the case in th Uk atleast). Best wishes

If you’re taking the pill properly everyday even an hour late, it’ll be fine. You have a 12 hour window or a 3 your window depending what pull you’re on. If your period appears you’ll be fine! I’ve had this issue as well but mine was more worrying as I had severe diarrhoea and had a tear in the condom and it was a worrying case as I went over the open window, I called 111 to ask for help and they said miss your 7 day break and to be honest I was fine after that! No pregnancy and I’ve been on the pill for 3 years now and I trust my pill. I’ve done it for quite a while with no extra contRaception but I’d just use it incase, don’t worry mistakes have been made but you’re double protected.

Yes, Hh8299 is absolutely right... one of the attributes of the BCs is to increase the cervical mucus which can sometimes appear creamy or slightly yellowish. I don't think there's a need to worry about pregnancy or infection just yet and certainly not based on the mucus alone. If you're following your regime correctly pills are the safest anyway. About the infection keep a watch on odd smelly mucus or itching or any signs that can be related to infection.

Do I need to worry?

Hi. For the last week or so I havent been eating properly at all. It will come to meal times and...

Contraceptive pill where no break is needed.

new birth control. I have been stuck in the UK because of Covid-19 and ran out of my normal pills....

Only one period after starting mini pill

about a month ago, should I have another one now? I have been taking the pills every morning around...

September 3rd; we used a condom and by this point I had been on Zelletta (a progesterone only pill)...

says I have to have them for at least a year before they will remove them. If I stop my pill for a...