Cooper iud and herpes: Hey all.. I unfortunately got... - BASHH

Hey all.. I unfortunately got herpes a couple years ago after my then partner Cheated. Anyway I had a few outbreaks and when I got one the day before I’d always get a dull ache cramp in my bum or leg. I had the copper iud fitted last week and yesterday and today I have bad pain in my right leg and butt cheek.. it’s so bad it sends awful cramps to my tummy which makes me feel like I need to empty my bowels even though I don’t need to go.. could this be linked? Could it just be emotions and stress and maybe my body changing? I’m worried a little now so any advice would be greatly appreciated. Thank you 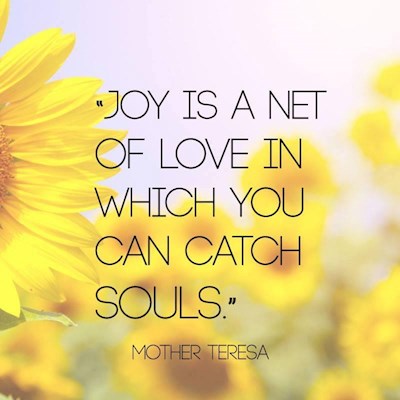 JustBeingMe
To view profiles and participate in discussions please or .
Read more about...
12 Replies
•

I was obviously carrying herpes and when I got really ill years ago I got an awful outbreak. I was told it had come out because my immune system was low and my body was really weak to fight it. I didn't get the pain or cramps you're talking about. That makes me wonder if it's stress related and that's how you've been each time you had an outbreak?

I've never had a copper coil but had the Mirena a couple of times as I had heavy bleeding and some cramping like period pain was there for a couple of days after they were fitted. Could it be that? Are you worried of stressed about changing to the coil?

Re-curring outbreaks can be related due to stress also any stress can affect the body in many different ways. My advice would be to go back to the nurse or doctor's clinic who fitted the coil and have a discussion about this with them and to also look at ways you can lovingly support yourself and reduce any stress within your life.

Thank you both for your replies.. I will talk to the nurse today. I do normally get pain when I’m about to have a outbreak they don’t happen often but I’ve had this iud and now the pain has been very worse but yet I’ve checked today and I’ve not felt any sores. I hate the man that gave this to me! The copper iud going in did stress me as it was very painful and on top I suffer from anxiety. I just wanted to know if the copper iud has an effect on herpes. So thought I’d ask

I don’t want to really change for the mirena coil as it contains hormones and I don’t want to mess with my anxiety or hormones. Maybe I’m wrong and that’s the best

I'm pretty old, 45, been married most of my adult life and therefore only a few sexual partners ever. My GP explained that anyone that has coldsores carries the virus on their skin even when there's no coldsores visible. So oral sex could transmit it and the other person completely unaware. You could then carry it yourself with no signs unless stress or other factors caused an outbreak. I suppose what I'm trying to say is it truly is so common on our skin that there's very little any of us can do to avoid the risk in a lifetime. Your feelings of anger and resentment about where you believe it came from could be fueling your outbreaks. Unless he was your only sexual partner you'll never know for sure when you got it. My husband does get coldsores but I could just have easily been carrying it from my first partner at 17. It's not something you should feel dirty or anxious about and I know that's easier said than done coming from someone unlikely to have new partners I have to tell but I believe it. Be kinder to yourself and don't waste precious time and energy hating someone.

I'm not suggesting you swap to the Mirena, just that having any coil fitted is a foreign body and will make your body cramp initially.

I hope the nurse helped xx

I have not been mad at him or whoever but it’s so frustrating.. I am starting to think this is a trapped nerve from the coil or a muscle as I have no sores and the pain is still there.

Get rid of the IUD. I did and everything went away. I had a minor allergy to the copper/nickel in IUD. I had anxiety from the allergy to it, asthma, and weak immune system, tired. All sorts of viruses that we all have were appearing in my system. HSV2 is super similar to shingle virus that we all had as a kid. Same medication treats it. After 3 years, I took it out. Everything is gone! I’m free clear of everything. I feel like you may be similar to me.

Hey, so the copper iud can cause extreme cramping with/before your period in some cases and (I’ve had mine for 3 years) it may get worse over time.

I’m not sure how herpes factors into it, but a friend of mine has one and has not experienced this kind of pain with her outbreaks

Howeeeevvvverrrr if you’ve recently had sex with a man who is “forceful” shall we say and “more-than-we’ll-endowed” he could have pushed on the iud a bit too vigorously and it might be piercing your uterus a little.

THIS happened to me when I was dating a guy who had a c**k like a forearm and decided that even though he’d hit a wall inside... he thought “there must be more vagina in there.🤔”

Now my iud is a like a little dongle hanging out of the wall of my uterus. Which is appearantly fine??? Especially since my sex partner now is ... more modestly siz—..... a better fit.

So rough sex, and also the body’s reaction to copper may be two things effecting you.

We have had forceful sex and he is very well hung.. maybe he’s done something and it’s caused a nerve to be trapped as I still have pain in my right leg! Your reply made me giggle thank u lol! I spoke to the nurse today she said it’s highly unlikely the iud is effecting the herpes. But is happy to take it out as long as I haven’t had sex in 7 days (which I find damn well hard) lol

😂 This made me chuckle and think I should be so lucky! One of the main reasons I became aware and got my outbreak of herpes was because I became ill with ME after the birth of my first child. I can tell you that ME is a bloody foolproof method of contraception in itself as you feel too ill to have a libido! I'm just saying I'd take the well hung forceful sex with a bit of leg pain over this any day of the week 😀 One can but dream....

I hope you’ve resolved this now and found a contraception that suits you. I just wanted to say my Herpes outbreaks massively increased in number, duration and intensity when I had the copper iud. I also had extreme pain, heavy bleeding and depression. After 9 months I swapped to the kylena and all symptoms disappeared. So yes in my experience the Copper IUD definitely increases Herpes Outbreaks.

Just one thing, when I feel an outbreak starting I take ILYCENE and it quickly suppresses it.

Implant or IUD to stop periods?

acting contraceptive and am in between the implant or IUD. What I would like to know, do either of...

I had a IUD copper coil fitted 3 months ago and it’s caused me no end of problems. My periods have...

I'm 19 and got told a few days ago that i've got herpes. I'm currently single...

extremely painful outbreak within the past 2 weeks. Having to suffer with constant outbreaks as...

Given my boyfriend herpes

boyfriend is 25 I’ve had herpes for about 2 years - I’ve only had the first outbreak and then a...