This is my first venture into researching and getting birth control. Right now, I looking for a long acting contraceptive and am in between the implant or IUD. What I would like to know, do either of these methods stop periods after a certain time? I get terrible cramps and heavy bleeding with my normal periods so am looking to lighten or stop them altogether.

I have considered the pill but know some close family members reacted pretty badly to it, so am thinking I may be the same. I also don't want to risk missing a pill.

Any advice from members who have either the implant or IUD or know someone who does would be much appreciated, thanks in advance! 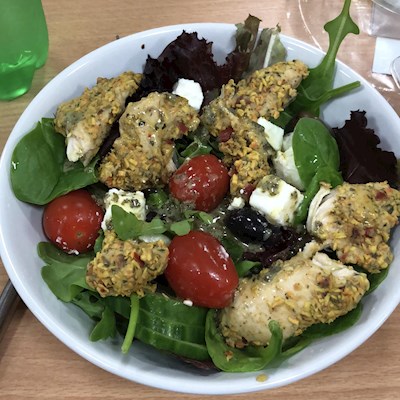 Sceptic23
To view profiles and participate in discussions please or .
Read more about...
10 Replies
•

Mirena coil is best if you suffer from heavy bleeding.

I had the pill and it caused awful acne on my chin, it did regulate my periods but didn't do much for period pain. I'm now on the implant and it's again caused acne (not as bad this time) and my periods have been very irregular (one lasting for 8 weeks) and the period pains are just as bad as before.

Hi. I'd try the mirena first. It is reversible so if you don't get in with it it's easy to remove. The implant is a bit trickier to remove but still easy to remove.

Also, the Mirena releases the hormone locally to your uterus lining so I would think you may have fewer side effects from the hormonal side of things.

Lots of women like the mirena especially for heavy periods.

I had the implant and I suffered with depression from it as I did with progestogen only pills; so I didn't like it. I am sensitive to my hormones. I've tried everything including copper coil and combined pill. Nothing worked for me as the older I got the worse my periods got and I developed migraines too

Hope you get on with whichever you choose

Sceptic23 in reply to Clazzy78

Isn't there a risk of the body expelling the mirena coil? I may have misunderstood but is it that there's a fine wire(?) that hangs down and if your partner feels it, it's incorrectly placed?

I mainly want an easy long term contraception which controls heavy periods or almost stops them completely. So many choices! Would it be worth talking to a nurse or doctor?

I did not think the implant would cause depression! I get recurrent migraines anyway so that's not really an issue.

toastkid in reply to Sceptic23

The risk of expulsion is really low. But talking to a nurse would definitely help!

Hi I've not heard good reports about the implant not sure about the injection but I find the mini pill fantastic, I have no side effects hardly any periods and another advantage you won't put on weight with the mini pill like the combined pill, I put on over a stone with that ! 😫

Thanks for replying. Anything in particular you've heard about the implant?

I'm guessing the mini pill you have to take every day? My mum became very depressed on the pill so I am worried I would be the same.

Clazzy78 in reply to Sceptic23

I became depressed on the mini pill. My Gp said it wasn't worth trying the implant again as it's in the same group of synthetic hormones so would prob get the same side effect.

You can expel any coil I suppose but I think it's uncommon. The string needs to hang down through the cervix as you are supposed to feel and check it's there every month, so making sure the coil hasn't got lost in your uterus. Your partner will prob feel the wire, mine did and he didn't like it lol.

The mirena is recommended for controlling heavy periods. I've read lots of good reports about it but Also some not so good.

I suppose for all us women it's trial and error with contraception. It's such a pain in the butt.

I hope you find something that works for you.

I had the implant and loved it as it made my periods considerably lighter. Only downside for me was that there were months were I would constantly be on a very light period, then nothing for months. I could tolerate it as I was so used to heavy periods that these were a delight!

I have loads of friends that are on the coil and they adore it/have no periods. They've all recommended it to me and long term contreception with little to no periods is what I wanted too!

I did use the implant for 10 months and unfortunately I had browny-red small discharge for the whole duration until it was out. My periods were the same but the rest of the month was discharge to the point I had to wear a panty liner every day.

No period after having the implant removed?

half years. I didn't have a period at all the whole time I had the implant in and haven't had once...

side effects are a nightmare. I would strongly advise anyone who is or who has decided to have...

before I’d always get a dull ache cramp in my bum or leg. I had the copper iud fitted last week and...

having IUD or IUS?

I'm aware it an vary from person to person but it would be good to know what...

I haven't had children but I'm interested in the IUD

recently come off the birth control pill Cerelle and I'm looking into getting the copper IUD...