What i s the latest veiw of affect of steroids on concentration, memory, depression.

Are any of these symptoms linked to steroid inhaler use 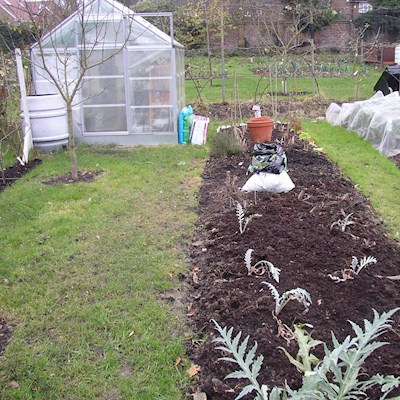 Freezers83
To view profiles and participate in discussions please or .
Read more about...
12 Replies
•

What an interesting question that is ! I've used steroid inhalers for decades, been on short courses of 40mg a day of prednisolone for my asthma and much longer, nearly 4 years of a reducing dose of prednisolone to ease and get rid of polymyalgia rheumatics (PMR). I have never suffered from depression. I have seen others, including my late father who was treated in a psychiatric hospital, suffer from depression, but I've always concentrated on the positives in my life.

Freezers83 in reply to Thomas45

Hi I do not think the depression was caused directly by the steriod . I think that the effect on the brian caused by the steriod , a lack of ability to focus, and difficulty with my memory and inability to concentrate caused me to be not be able to trust my judgment or do tasks consistantly and prevented me retaining knowledge. This lack of cognitave ability over a long period made me depressed.

I have got through by always working up from first principles but it is like walking on shifting sand .But though I have found reasonable grounds to think this way it is only from internet scources . I Intend to talk this through with a proffessional excuse the spelling .

There are literally millions of people who take steroid inhalers. As a result some of those people will have depression etc. I include myself in that. Never heard of it linked to inhalers. Yes some people can have issues with steroid tablets but not inhalers.

Freezers83 in reply to Bevvy

I had not realized there were any cognitive effects from steroids untill ,I observed them in my wife and then researched it. Bit of an overstatement looked it up on line. On the inhailers front I think there is cause to consider there effects .adc.bmj.com/content/90/5/500

Whilst each of us reacts differently to medications, it might also help reading up on the effects of inflammation in the body and cognitive function, and talking your thoughts through with a health professional.

The inflammation that needs to be treated by the steroids to reduce it can itself produce systemic chemicals that affect the brain, causing the cognitive disfunction, rather than the medication itself. 🤷‍♀️

A case of the chicken and the egg?

Freezers83 in reply to beech

Thank you for the references . It is clear that I need to talk all this through . Kr

beech in reply to Freezers83

It could also be useful to have a general blood test check to rule out other reversible issues such as lack of Vitamin B12 or a thyroid imbalance which can also produce similar symptoms - sometimes the solution is relatively simple and not sinister. I hope you get an answer to your concerns. Good luck!

Steroids are known to cause tons of side effects including rage, depression and I know from my blood work and kidney problems that the steroids from inhalers do leak into the blood stream... so yes it's highly possible that steroid Inhalers could cause depression

There is some research linking "asthma" to depression .... the theory being long term illness I'm general causes depression and having to pass up some things because of your illness will cause a depression in mood

Freezers83 in reply to Chip_y2kuk

Thanks for your response I am going to take more advice from a professional on this. The depression seemed to arrise from the diffcuty with concentration and mermory over a number of years. I feel it is lifting slightly as i now feel I have a possible cause namely the use of steriod tablets predlisalonein high doses from the age 8 to 30.. 1 wondered projecting forward, if the steriod inhalers would have a similar effect . reading online it seems there is some grounds to beleive this. All spelling in this post is my own and my dyslexia's

Chip_y2kuk in reply to Freezers83

The dosage of a steroid inhaler is much much lower than tablets (prednisolone) they inhalers are also targeted directly at the lungs.. so they can be a much lower amount .... but as I said I know for a fact from personal experience that they do leak into the bloodstream

But yes you should seek proper medical advice, but it doesn't hurt I don't think to do a bit of forward research .... just don't use Google to diagnose yourself .... you come up with all kinds of things

Good advice re dr Google!!! That really is enough to cause anyone distress, anxiety and low mood. Stick to NHS, and medical journals. And links on blf and asthma uk.

my consultant and they're going to keep me on steroids (10mg) in conjunction with my other...

been on steroid inhalers for 25+ years for their asthma? Just wondered if it's caused you any other...

stop using it. However the specialist I see says I need to use it twice a day to prevent symptoms...

ask the question what are the long term effects/side effects of taking inhaled steroids I am told...

Long-term side effects from inhaled steroids and various asthma pumps

I've been on inhaled steroids high'ish dose for over 20 years and often wonder if the thin skin,...