What level Oxygen is too low ? - Asthma UK communi...

Feeling breathless just pottering around the house, a horrible pressure/squeezing feeling on my chest/neck.

Keep waking up gasping for air (this has been ongoing for past couple of months).

Already had antibiotics and steroids last week.What else can be given ?

I’m asthmatic but could this be more than asthma ? 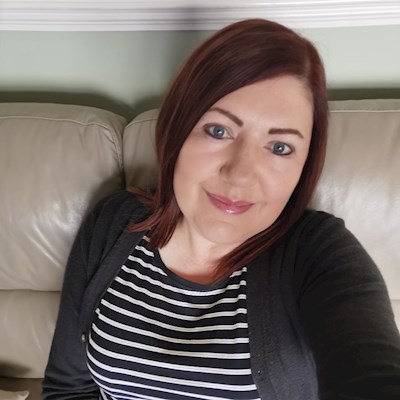 Debra24
To view profiles and participate in discussions please or .
Read more about...
11 Replies
•

The last time my sats were done I asked some paramedics I was working with to check. When they saw 93 I was asked if I had covid? They told me they wouldn't be taking me to hospital. Mine vary from 97 - 93 usually.

Debra24 in reply to Madbiker1

Thank you for replying.I’ve just done another lateral flow test which was negative so know it’s not Covid.

Idreamedadream in reply to Debra24

Hi DebraI’m sorry ur suffering, I’ve had very similar to you, last March had a terrible ‘viral’ infection for 4 weeks, 3 negative lateral flow and 2 negative pcr tests, am still suffering with heavy chest when lying on sofa and when in bed and get up..feeling like suddenly can’t breathe but also most worrying is not being able to pick up any children in the nursery I work at…awaiting results from ct scans and breathing tests but consult did question whether I did have covid despite the results and have got long covid now but 🤷‍♀️ X

You need to go back to gp. I often need several courses of antibiotics and steroids when I am very unwell.Also the reason you are waking “gasping for air” needs looking into. These might be related to each other or separate issues.

Also maybe you should do pcr test? Lateral flow tests can be unreliable.

Personally I would be concerned (as should your gp) with sats like that if they are usually much higher. If they vary and can be 93 for you normally then fine but if usually eg 97 then medics need to be made aware.

It could be "not asthma" causing it as many symptoms like breathlessness (especially breathlessness that doesn't improve with asthma meds, ie steroids) is not caused by asthma. If you haven't had a bacterial infection then antibiotics won't help.

However, oxygen levels shouldn't be used by asthmatics as a guide to how they are as they're not a reliable marker. In most asthmatics they should be 94 or above. Since covid, guidelines say 92-96 is fine. Some places are also using that for everyone (unless they already have lower ranges like with COPD). However many things can affect the readings, including probes being unreliable or temperature of the fingers and so on. Another factor is that people can think everything is ok because sats are ok but actually asthmatics can maintain oxygen levels which masks the problem - this doesn't apply to you right now but is another reason symptoms are more important.

Obviously you are symptomatic something isn't right. As it's been going on for months I wonder if it could be Breathing Pattern Disorder - very common in asthmatics although anyone can have it. Commonly causes constant breathlessness and things like gasping for air, waking up like that. Asthma meds don't help as it's a mechanical thing but breathing exercises work really well.

It can just happen after a rough patch with asthma or because of anxiety and stress, or all sorts of reasons. Viral infections can easily cause it hence many people with breathlessness with and after covid have this.

This post looks at such things in more detail.

Any chest pain should really be investigated. Give 111 or even 999 a ring. This does mean they will take you to hospital, but a paramedic will run an ecg for you. Heart problems can also cause breathlessness.Sounds a bit dramatic, but better safe than sorry.

Bear in mind that symptoms of heart attack are different in women than in men and even then they are rarely the chest clutching, drop to the floor we see on tv dramas

I note that you have high BP and I wonder if you're being prescribed beta blockers for this? BBs aren't tolerated by some asthmatics and can cause breathing problems. Don't stop BBs without medical supervision.

Hope yu get to the bottom of this issue.

I’ve had the waking up gasping for air issue and in the end talked to my GP about it. I did actually do a post on HealthUnlocked about it around 8 months ago. I also happen to suffer from reflux (which can present with symptoms very, very similar to asthma) and it was put down as possibly being connected to that. Not long after I ended up being referred to an ENT specialist (for a different issue) but he was not at all surprised when I mentioned it given that I have reflux and am also asthmatic.

In my case every time I’ve had it I’ve woken up to find that I was sleeping on my back. The other thing that has been common to each occasion is that I have been using bulkier pillows, or sleeping with more than one pillow. I don’t know if that increases the risk of it occurring in my case: there have been many times when I’ve had no issues with sleeping on my back whilst using bulkier pillows which suggests that something else is going on as well.

It is certainly worth mentioning the problem to your GP.

What are your Sats when you wake up gasping, sleep apnoea is very common in asthmatics but you really need a sleep clinic to diagnose this.

When waking up gasping for breath my sats are 92 -93 , really horrible scary feeling.I am feeling a lot better in the daytime now breathing wise but night time it really goes off and then I’m waking on and off throughout the night either gasping for breath or coughing.

I had a chest X-ray and some bloods done around 6-8 weeks ago and my inhalers changed , all tests clear and nurse said if the new inhaler didn’t get rid of the night problem then they would be looking into cardiac .

And in the meantime I’ve been breathless during the day, with chest tightness and a little pain and sats up and down, peak flow down from 430 to 380 so Dr put me on steroids and antibiotics.

Sleep apnea or COPD ??? are going through my head at the moment .

Next step I think is contacting the Dr again to see what other tests can be done .

Definitely. If you live near London, the Brompton are great but there are excellent centres all over the country.

weeks with a bad asthma flare, initially flaring due to cold.

A persistent issue that keeps...

still puzzled by the fact that I can feel so tight chested and breathless some days, but my blood...

No wheeze, oxygen levels 100%. Is it an asthma attack

in A&E today with a really bad Asthma attack. No wheezing, clear chest but really struggling for...

Salamol doses how many hours minimum ?