My son started daycare two weeks ago and my asthma almost instantly got bad. I assumed it was due to allergens (I am severely allergic to cats and dogs and those are my triggers 99% of the time) so I asked the owner if there are ever pets there or if any of the people cuddling our son have pets (I thought maybe the hair was rubbing off on him since he's only 9 months so they hold him a lot of the time).

She said no animals ever go there and the women in charge of him don't have pets. It is possible hair is getting on him from the other kids (from the mats etc). As a precaution we are now changing his clothes and bathing him right when he gets home.

He did also get sick right away (ah the joy of daycare) and I'm wondering if perhaps I caught the virus and it has mostly manifested as asthma. I've never had that before--usually I have other symptoms.

But I'm miserable, tight chested, can't get full breaths, yawning constantly, so I'm desperate to figure out the cause and try to fix it.

Just curious if anyone here has ever had a virus that manifested mostly as asthma.

Thanks so much in advance for any insight! 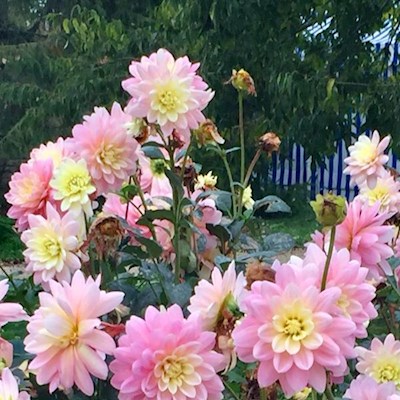 hilary39
To view profiles and participate in discussions please or .
Read more about...
11 Replies
•

I've definitely had "colds" before that have gone straight to asthma (ie everyone else had a cold, I sneezed like once or twice and then had asthma issues).

But also struggling to get a full breath and yawning are more breathing pattern issues than asthma so it might be that too? Caused by asthma, allergies, virus, the fact it's a Wednesday (anything of course!) So might be worth doing some breathing exercises alongside other stuff maybe.

hilary39 in reply to twinkly29

Interesting to hear you've had this with a cold. I've been doing breathing exercises and will keep doing them, good advice.

It seems to be easing up a bit , hard to say if it's because we've been cleaning up our son right when he gets home or because I had a virus and it's abating.

You are so right about the fact that it could just be because it's Wednesday! That can be one of the most frustrating things about this disease, trying to pinpoint triggers!!

I've had bacterial infections which have presented just by triggering my asthma and hardly any other symptoms at all (no gunk, noises etc!) That obviously doesn't necessarily mean you have a bacterial infection, or that it can't be viral or something else - it's also possible I've had viral ones which presented as asthma but the virus wasn't identified, since they can be more sneaky. Viruses definitely seem able to cause asthma issues without necessarily announcing themselves in the standard way, and even if you do have cold symptoms they aren't necessarily the main cause of any asthma issues (ie I often find it's more what the virus is up to underneath than the cold symptoms it causes which set of asthma).

I know a doctor once told me I had rhinovirus lurking in my throat (based on a swab) and that must have been the cause of my attack - I had zero cold symptoms. He may well have been right on that point. However, it's hard to know because I didn't trust a lot of what he said by this point, given he was a respiratory registrar who told me that a) asthma always has a wheeze and I must have made up 'no-wheeze asthma' b) the loudness of wheeze is correlated to how bad you are (so lack of air movement associated with a severe attack doesn't exist for him it seems) c) if you can identify the trigger that landed you in resus with an attack it means the asthma is well controlled and the attack doesn't really count (!) (honestly, I'm surprised I didn't have dislocated eyeballs, I was mentally rolling them so hard).

hilary39 in reply to Lysistrata

Thank you for your insight that you've had infections with no other symptoms too. That's very interesting to hear. And I am with you on the wheezing eye roll. I wish there was a way to do a giant PSA for all the emergency departments in the world that severe asthma often manifests as silence because our lower airways are totally blocked.

Hope your asthma is under control right now and you're doing well!

LysistrataCommunity Ambassador in reply to hilary39

Thankfully the ED this time was good and so was the non-resp Dr who came to see me in resus (I think I'd alarmed this guy because he put me on hourly obs (bye bye sleep!!) and then appeared looking alarmed again when I was making myself SOB doing admission swabs. 😂 He was lovely but I felt like he needed to chill).

It was the resp drs on the ward who were being idiots. Sadly this often seems more common than ED doing it (not that ED isn't capable of it too). Too often though, the resp drs seem to think they know allll about asthma (this guy was scarily ignorant for his position) and that their theories trump reality/the person in front of them.

Sorry, rant over! Things ok here atm thanks. Hope whatever it is causing your lungs to misbehave goes soon.

The virus hypothesis sounds more plausible, since you mentioned that the day care had no contact with animals. But then one can always acquire new allergies (which also can manifest themselves better when you're having a viral cold going on). I became an asthmatic after a viral pneumonia.

If you are strongly allergic to clothing exposed to allergens, can you wash his clothes daily (when he comes back)? I started wearing fast-dry (camping) clothing which I wash at 60C whenever I venture outside. Takes 1 hr to dry inside on a clothline >>> gets bagged to avoid dust and pollen accumulation etc.

Regarding the sensitivity -- I was always wondering what minimal amount of an allergen would be sufficient to trigger a response. Surely one molecule would not do it, but would a 100-nanometre particle (a clump of 10,000 molecules)?

hilary39 in reply to runcyclexcski

I've always wondered how much it takes to trigger a reaction too. For me, it seems to be more of a matter repeat exposure. For example, a friend of ours has a cat and I've had several reactions to just being around him--going away for the weekend with all of his bags, coat, clothes etc. covered in cat hair. Now even if he wears clothes we keep just for him at our house (so they are completely uncontaminated) I still get allergic from the few items he brings into the house--shoes, toiletries etc. So he's bringing in very few and tiny particles but it's still enough to make me super asthmatic.

But I can take the train, airplanes, eat in restaurants, sleep in hotels etc. that are probably full of cat and dog dander and I'm somehow ok.

I've read that once you have a reaction to a particular allergen, your body more readily and quickly attacks it in the future so it makes sense that my allergies manifest like that, I'm just amazed that such tiny quantities of an allergen can set me off for days or weeks.

runcyclexcski in reply to hilary39

>>>But I can take the train, airplanes, eat in restaurants, sleep in hotels etc. that are probably full of cat and dog dander and I'm somehow ok.

Travel is always a major uncertainty for me, too. Usually I know within 1 min if a particular room/hotel would be bad. I always ask if pets are allowed, and I try to stay at hotels with hardwood floors. Just in case, I always take a tent with me and sleep at a campground if the hotel is bad (cheaper, too, and often free), including rain, winter, snow, etc. When my asthma is controlled I tolerate pollen and the cold air fine, but dust and pet stuff are always bad news. I once went to a fancy conference in LA, and had to sleep on the beach b.c. the hotel was horrible. My conference friends gave me strange looks when after the talks everyone went back to their expensive (dusty) hotels and I went to the beach.

I wonder if your symptoms could be triggered with anxiety/stress with your wee one going to day care.Is there something in your routine that you do differently now due to change of routine. I hope you feel better soon.

hilary39 in reply to teddyd

I was actually so relieved he was starting daycare so I could get some work done, I don't think it was anxiety 😆 But it feels like I'm getting a bit better today, hoping to stay on the mend. Thanks for sharing your thoughts!

teddyd in reply to hilary39

Glad your feeling a bit better. 😊

Asthma and anxiety re corona virus

Hi all. I'm new here. Just writing for some. Advice. I have had asthma since little but it doesn't...

I had a virus at the beginning of January, my asthma flared up & I was prescribed prednisone...

Hi, I am quite a newbie to asthma having been diagnosed mild six weeks ago at the age of 43. I just...

Virus asthma and fed up

I'm getting increasingly frustrated. My asthma consultant has said I have GORD, verified...

The Gospel of viruses, chest infections and asthma!

Asthma makes you more to prone to viruses, and as viruses are one of my...

What level Oxygen is too low ?