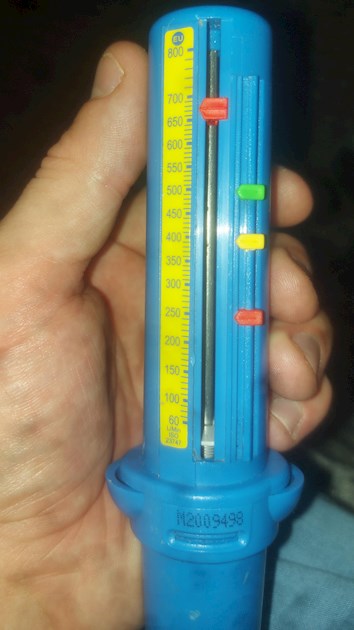 So my peak flow is always reading this im age 25 male but evan when it is this high still feel short of breath anyone else have the same problem but doctors says not asthma???? 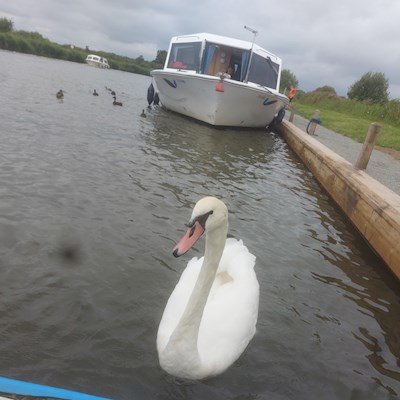 Ca12345
To view profiles and participate in discussions please or .
Read more about...
17 Replies
•

Hi not all breathing problems are asthma. And there are also different forms of asthma. As a young person you might want to check out EILO, exercise induced Larangeal obstruction. If you are breathless when you exercise. Also heart problems can cause breathlessness so you may need to get that checked.

Another thing would be to get a respiratory physio to check your breathing. You could be breathless because of disordered breathing.

If you are concerned keep on going back to your doctor. Asthma is usually classified as being reversible even though it contains a wide range of types.

Many different things including obesity can cause breathlessness. Peak Flow is not the only measurement that is important. You may need to see a specialist if you are very worried

As your various doctors (including respiratory specialists at specialist respiratory hospitals) and physios have explained, and as people have explained on here before, you need to focus on your dysfunctional breathing exercises and give it time. And go back to your physio about it because they are the ones who can help - but it will take time. Maybe ask your GP for some ways to cope with the ongoing stress/anxiety of having to deal with severe breathing pattern disorder (because it can't be easy) as stress and anxiety cause breathlessness themselves so that could well be adding to it.

Hi Ca12345. If your doctor says it's not asthma they should say what else it could be. I was in a similar situation where I was gasping for breathe in the consultation room and my GP said it wasn't asthma so I insisted on seeing a respiratory specialist. The respiratory specialist went on to diagnose atopic (allergic) asthma. I don't wheeze when having asthma problems which also tends to throw some GP's. Keep going back until you have a diagnosis, they can't deny you seeing a specialist if they don't know what's causing your breathing problems.

Dysfunctional breathing isn't something that will only appear in daylight hours and when it's severe it's likely to affect you all the time.

That doesn't mean it's not breathing dysfunction. You need to go back to your physio and tell them the problems you're having. They and you are the only ones who can help unfortunately.

How do you know have you suffered from dysfuncional breathing pattern???

Yes and respiratory physio is what treats it because it's about retraining breathing patterns which is what physio does. That takes time and persistence but does work. The more severe it is, the longer it will take (which would be the same as if someone had an infection - different treatment obviously but the worse it is, the longer it takes to get better).

Was yours just as bad waking you up and bad in morning sorry for all the question just nice to talk to someone who has gone through the same thin??

EmmaF91Community Ambassador in reply to Ca12345

Yes I have. And ditto to what twinkly said. Luckily mine was caught early and was more mild/moderate as it was a consequence to too many life threatening asthma attacks (me and the resus team were good friends when I was around 25 after 6+ months of them regularly seeing me 😅). But I still had to take a few months doing my physio to improve it and fix it. And the DB felt completely different to my asthma, to the point where i knew which attack had caused it to take hold. For whatever reason you have picked up a severe DB. It’s going to be hard work and a long process, but fixating on something that’s been ruled out won’t help. It comes across that you are very anxious about your breathing too, so it may be an idea to speak to someone about that too, as anxiety can trigger and worsen DBs esp if you hyperfocus on your breathing all the time, just an idea so you can attack the DB on both the physical (physio) and mental aspects.

An overnight stay at a respiratory and sleep clinic where they monitor your oxygen levels and heart rate etc might lead to some answers. The At Home ones are not as comprehensive.

Just my physio says i have severe dysfuncional breathing pattern!!!

It's a pain when there's nothing definitive. If it is Dysfunctional breathing pattern, then one wonders what started it. I wish you all the best and hope you get better soon.

Read an interesting post the other day - this could be due to acid reflux or GERD maybe ask your doc about it - joinfilter.co/blog/shortnes...

When is asthma asthma and when asthma not asthma?

Asthma and coughing, is it asthma?

Last week my doctor would not refer me

The only breathing issue i have had is when i have...

mild breathing problems; often no problems at all when just sitting and fairly out of breath when...

back on them. However, I have randomly been having asthma attacks. Even if I have been doing...

late.I think all who have replied to my post,are not getting clearly with my short...